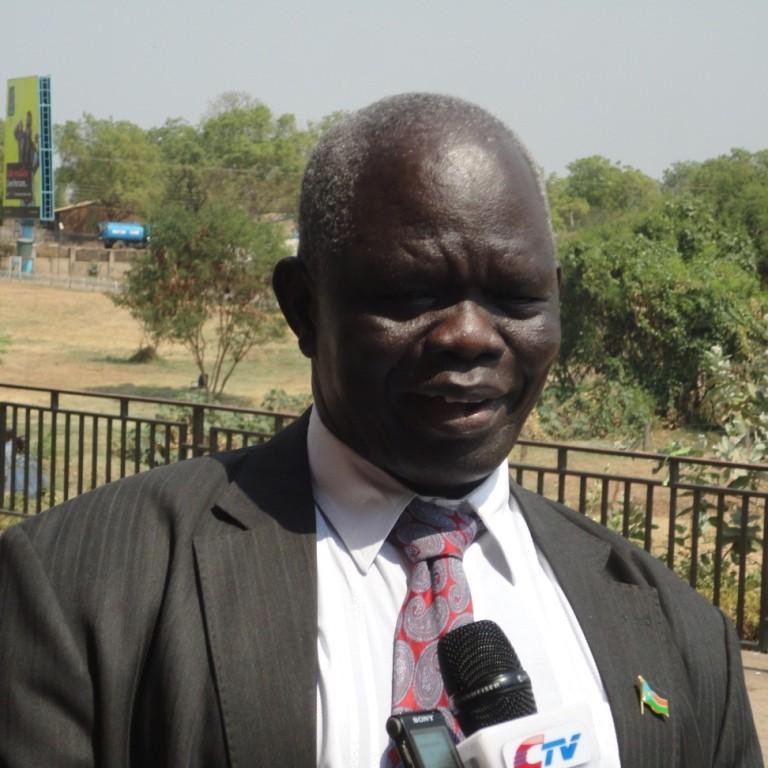 By the evidence of South Sudan’s budget, presented to parliament in late June, the country’s finance ministry has lost its mind.

This time last year, the Government of South Sudan put forward what it described as a “two-step budget” that would boost social services and economic growth “in a responsible manner.”

That budget, covering July 2013 to June 2014, consisted of six months of austerity while oil production recovered from a 15-month shut-down. Spending limits were set at SSP555m ($184m) a month for the first half of the year, rising to SSP1bn by early 2014 “if sufficient resources are available.”

It seems that this common-sense approach hasn’t lasted long.

Most press coverage of the new budget, covering July 2014 to June 2015, has focused on a reduction in the size of the budget from to SSP11.3bn from SSP17.3bn last year.

But a closer look at the figures reveals that this is anything but an austerity budget. The government is actually planning a 2.5% increase in spending on government agencies – from SSP9,733m to SSP9,968m.

While the increase in spending is marginal, the government is banking on an extraordinary increase in revenues that completely ignores the realities of its economic challenges.

In his budget speech to parliament on 24 June, finance minister Aggrey Sabuni Tisa admitted that the government has a “very poor track record in executing our budget as planned.” (He’s not wrong: the treasury generated barely 50% of its target non-oil earnings last year.) But with no sense of irony, Tisa has set targets that there is no evidence the government can meet.

Since independence in July 2011, South Sudan has relied almost entirely on its oil earnings to fund the budget. In the second half of 2011, oil earnings accounted for 98% of planned government expenditure, and about 75% of GDP. But in the three years since secession, oil earnings have consistently failed to meet government expectations.

Back in 2011, South Sudan was producing about 340,000 barrels a day of oil, according to the energy ministry, but the complications of transit arrangements with Sudan meant that it was only able to market an average of 160,000b/d.

In January 2012, the dispute over transit fees grew so fierce that South Sudan unilaterally shut down oil production. Oil sales did not resume until May 2012, and continued issues with Khartoum meant that the country was pumping at reduced capacity for most of the summer.

For not much more than a few weeks, South Sudan was producing about 220,000 b/d of oil. But since the current conflict broke out in mid-December, the total shutdown of oil production in Unity state and the closure of outlying fields in Upper Nile has led to a drop in production to about 165,000 b/d.

In what can only be described as a remarkable failure to face facts, the government’s new budget relies on production from Upper Nile increasing from 180,000 b/d, which it has not attained, to 220,000 b/d by the end of the year, which it is unlikely to reach.

It also relies on the restart of production from Unity state, with output rising from 5,000 b/d to 40,000 by mid-2015. The finance ministry didn’t specify quite how quickly it expects that to happen, but oil industry sources in Juba are confident that even if the security threat were removed today, damage done to facilities means that it would take somewhere between a year and 18 months for the fields to reach full capacity again.

Bringing outlying fields back on stream in Upper Nile state would also likely take months, so the projections again rely on a speedy peace settlement. There is no sign of this happening.

On 10 June, the warring parties added another deal to a long list of agreements to bring an end to the fighting that dates back to a failed ceasefire agreement on 23 January.

Under the deal, the sides agreed to form a new unity government within 60 days. Ten days later, a planned meeting of the government and Riek Machar’s SPLM-in-opposition was abandoned when Machar’s delegation didn’t show up.

There are just three weeks left of the 60 days, and little reason to hope that the latest deadline will be met. Fighting is not as fierce as it has been in recent months, but there are still regular breaches of the ceasefire, if it can even be called such.

Fighting in Unity state continues to destabilise the oil producing region, and there are frequent threats by the opposition of further incursions into Upper Nile. The threat of the conflict spreading to other parts of the country cannot be ruled out.

In the meantime, Machar is setting up his own parallel administration and provoking countrywide calls for the introduction of a new (and ill-defined) federal system, and even an increase in the number of states.

In response, President Kiir is digging his heels in. He insists he won’t countenance any government of which he is not the leader, and made it clear that new constitutional arrangements are not up for debate.

Tisa told parliament that his budget is designed to “maintain security, keep government running and provide core services.” More simply put, it is a war budget.

Meanwhile, health and education combined will receive $356m, an 11% share, and infrastructure – heavily subsided by loans from China and the World Bank – will be given $130m, or 4% of the total. Promises to save some oil revenues to assure future prosperity have been dropped.

While the government continues to fund its internal conflict, the humanitarian community in South Sudan has launched a $1.8bn crisis response plan to assist 3.8m vulnerable people in the country by the end of the year.

By comparison, there is just $36.5m in the budget for social and humanitarian affairs – less than the government paid for a delivery of arms from China that was shipped through Mombassa in June.

Whatever the government does now, it will not hit its budget targets for the coming year. But perhaps it might stop pretending. This is a government at war. If there is to be any hope of economic recovery, its first priority must be to become a government of peace.

Richard Nield is an international journalist, broadcaster and filmmaker with 10 years’ experience covering the Middle East and Africa.