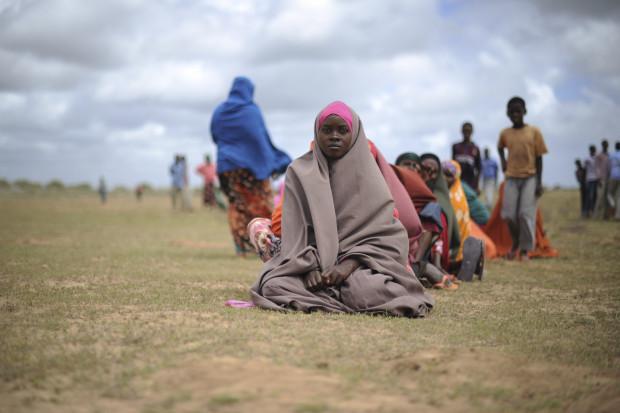 As the UN warns of an impending famine in Somalia, it is important to look at the track record of aid organisations in responding to emergencies in the country. This will help explain what should be done to aid local communities in becoming better prepared.

The work of aid organisations in Somalia is partly to blame for the over-reliance of many former-farmers on food aid, rather than maintaining a more sustainable self-sufficiency through continued cultivation of their farms.

A popular criticism is that aid organisations bring in imported food and give it away for free when farmers are about to harvest their crops. This has helped discourage the farming of cheap staple foods, and has also contributed to the bankrupting of small-scale farmers. This also happens to be the reason Al-Shabaab said it had banned the World Food Programme (WFP) from operating in its territory.

During the last famine in 2011, Al-Shabaab was heavily criticised for banning WFP from operating in its territory. While reprehensible, this alone did not cause the shortage of food in large areas controlled by the group.

The US government’s anti-terrorism laws have also made it extremely difficult for aid organisations to work in Al-Shabaab territory without breaking US law. This led to many aid groups opting to concentrate on Mogadishu. The result was a huge wastage and stealing of food aid, with much of the aid going straight to the commercial markets in the capital.

Some local NGOs, and those from Turkey and Gulf or Arab states, helped set up an SMS-operated money transfer system that sent funds directly to those in need. This helped countless people buy food and live through the famine.

The downside is that it created an aid-reliant population; many people still live on cash hand-outs even though they were never affected by the famine, nor are they IDPs.

Many of the IDP camps that were set up in Mogadishu were indeed ghost camps that would be populated only when aid was about to be distributed. This meant that few aid recipients were people who lived in the epicentres of famine; little aid reached these and many of them died. There is nothing to suggest that things will be different this time.

While Al-Shabaab in some ways contributed to making the famine worse, one aspect of its response was effective in helping and resettling a minority of the population affected by the famine.

The group ran IDP camps within its territory, with the biggest being in KM 50 airport in Lower Shabelle region. After the famine subsided, it gave the IDPs three months’ worth of food and money and resettled them back in their places of origin.

It may have been a poorly planned resettlement, but it was one that should have been replicated by aid agencies in Mogadishu.

Famine on the horizon

Over the past year rains have been less than expected in many parts of south and central Somalia. Farmers largely rely on rain to water their farms; artificial irrigation being too expensive for subsistence farmers and nomads rely on the rain to provide drinking water and grazing grounds for their animals.

As reduced rains mean less pasture, nomads are the first to be affected: they start to lose the milk from their camels and cows – milk that could be sold for money to buy food. Then, as their animals start to die, they move to look for greener lands, which inevitably leads to clan clashes over grazing grounds.

The easiest places to graze for armed nomads are on farmlands owned by unarmed farmers, but this exacerbates the spiral towards famine.

In Middle Shabelle region, both Al-Shabaab and AMISOM have armed at different points in time a local farming community that had problems with local nomads grazing on their farmlands. Communities such as these are likely to clash as the situation worsens.

The famine therefore is expected to not only cause death by hunger, but also armed conflict for resources, including for food aid.

As the pre-famine situation in towns such as Wajid and Hudur in Bakool region has shown, Al-Shabab can still force its policy on areas it doesn’t control. The two towns have been under siege for almost 3 months; food prices there are three times those in Mogadishu. The Somali government sent dozens of trucks of food aid to the towns, only to get stranded in Baidoa; Al-Shabab still controls the countryside and regularly ambushes allied troops.

This means that food aid by the WFP cannot be expected to make it to the areas liberated from Al-Shabab if the situation deteriorates.  Moreover, there is no realistic expectation that the US government will change its antiterrorism laws in time to prevent a famine.

Given Somalia’s weak government, insecurity and instability will continue to be a problem. These will continue to intensify famine conditions. The starting point for mitigation lies with aid organisations helping to resettle victims that originate from peaceful areas. Mismanagement and diversion of food aid should be monitored and sanctioned.