4 out of 4: Why has Mali had so many successful coups?

If we exclude short-lived interim leaders, Mali has only had one president that did not leave office at the barrel of a gun. 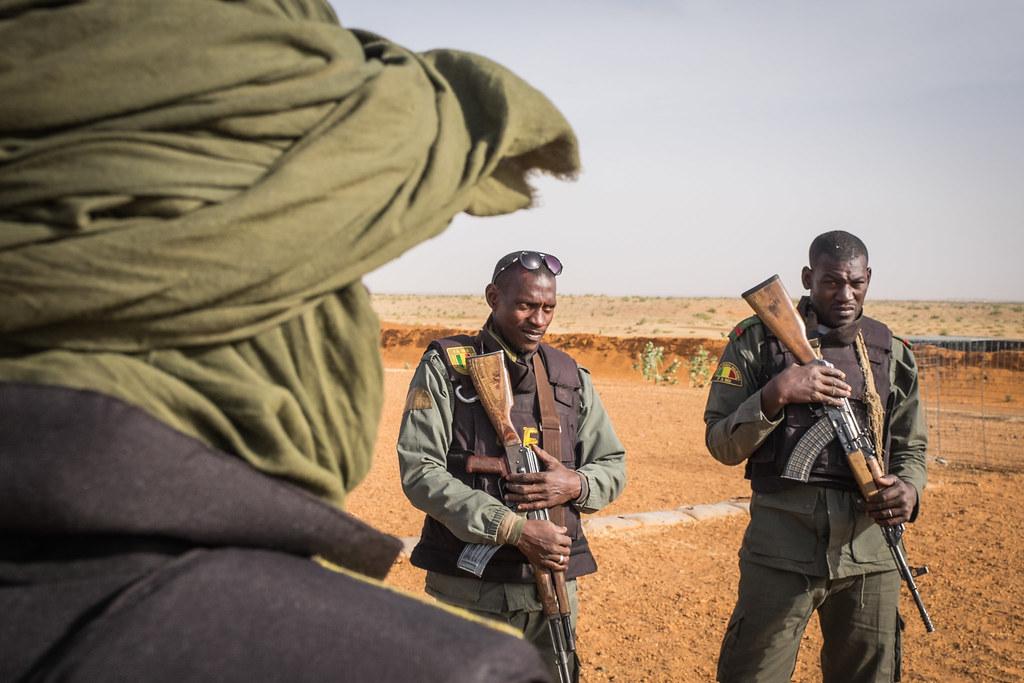 Malian troops in the north of the country. Credit: Fred Marie.

Coups are rare. Successful coups are even rarer. Yet when news broke on 18 August that soldiers had taken power in Mali and forced President Ibrahim Boubacar Keita (known popularly as IBK) to resign, it did not come as a huge surprise. The ousting of a freely elected leader is a historic moment for the country, but this is the second time it has happened in Mali in just ten years. And the fourth time since independence.

Mali’s very first president, Modibo Keita, was deposed in a coup in 1968. Mali’s second president, Moussa Traoré, met the same fate in 1991. A period of relative political stability followed, until Amani Toumani Touré (known as ATT) was ousted too in 2012. Eight years later, IBK has left office the same way.

In fact, if we exclude short-lived interim leaders, Mali – which until not too long ago was held up as a beacon of democracy in the region – has only had one president that has not left office at the barrel of a gun.

Given that coups are becoming rarer worldwide and that just 40% of coup attempts are successful, why has Mali had so many?

The first part of the answer lies in the establishment and role of its army. In many former colonies, security forces were initially set up by colonial powers in order to suppress dissent and protect the colonial regime. When these countries gained independence, the new governments typically inherited these structures and built their own armed forces on their legacies of division and repression.

Mali’s army, by contrast, was only established in October 1960, after the country had already gained independence. With no serious external foes or history of internal repression, this new military was created as the guarantor of the young nation’s territorial integrity and protector of its peace and security.

In this relatively peaceful era, a tacit social contract was established between citizens and the army.

This social contract was leveraged for the first time in 1968 amid an economic crisis triggered by a poor cotton harvest. With Mali struggling and the population growing increasingly frustrated with President Keita’s management of the economy, a group of young officers took power in a popularly supported coup.

Traoré, the coup leader who went on to become president, failed to deliver on the putschists early promises. Rather than transition to civilian government, he oversaw a police state for the next 22 years. Yet the coup had been a landmark moment in Malian politics. The army had intervened decisively in domestic politics, fulfilling their side of their tacit contract with the people. Moreover, they had been widely celebrated for doing so.

This paved the way for the 1968 precedent to be repeated in 1991, 2012 and then 2020. In all these instances, the army stepped in to remove an increasingly unpopular president. Each time, the parliament and judiciary were regarded as ineffectual in holding the executive accountable. Despite these bodies’ constitutional role, they lacked credibility and legitimacy. In this context, the military stepped in, each time fulfilling and further entrenching its perceived political role of holding governments accountable.

An excessive focus on security

It is not only the Malian people who have looked to the army in difficult times. Western donor countries have also often chosen to focus on Mali’s security issues challenges at the expense of other challenges regarding governance or political accountability.

Despite IBK’s growing unpopularity, for instance, the likes of France and the US continued to see him as a key partner in their regional counter-insurgency efforts. The EU Training Mission in Mali (EUTM) has been working with Malian armed forces since 2013, while the US has provided commandos to support the army.

This one-sided approach has simultaneously bolstered ineffectual presidents while strengthening armed soldiers, some of whom see their role as ridding Mali of such out-of-touch leaders. It is no surprise then that 2020 recent coup leaders are all former trainees of either American or French capacity building programmes. For instance, the Pentagon has confirmed that Colonel Assimi Goita, who headed the coup against IBK, participated in various US army programmes.

In the just 60 years since independence, Mali has experienced four coups. They have all been successful. They have all be welcomed by citizens at the time. And, sadly, they have all failed to meet the aspirations of the people. The 1968 coup led to nearly 25 years of dictatorship. The 1991 coup ushered in relatively stable but ineffectual leadership. The 2012 coup prompted devastating military losses in the north. In all these instances, it was only a matter of time before Malian soldiers again felt the need to intervene, starting the same cycle anew.

It remains to be seen how 2020’s coup will unfold. But it is notable that, once again, it followed popular protests, was purportedly carried out in the name of the people and was led by officers with only vague plans and unspecified promises of returning the country to civilian rule within a “reasonable timeframe”.

Kodjo Tchioffo is a Phd candidate in Diplomacy and International Affairs at Euclid University.