Many ruling party candidates look set to run unopposed in Tanzania’s October elections after opposition nominees were blocked from registering. 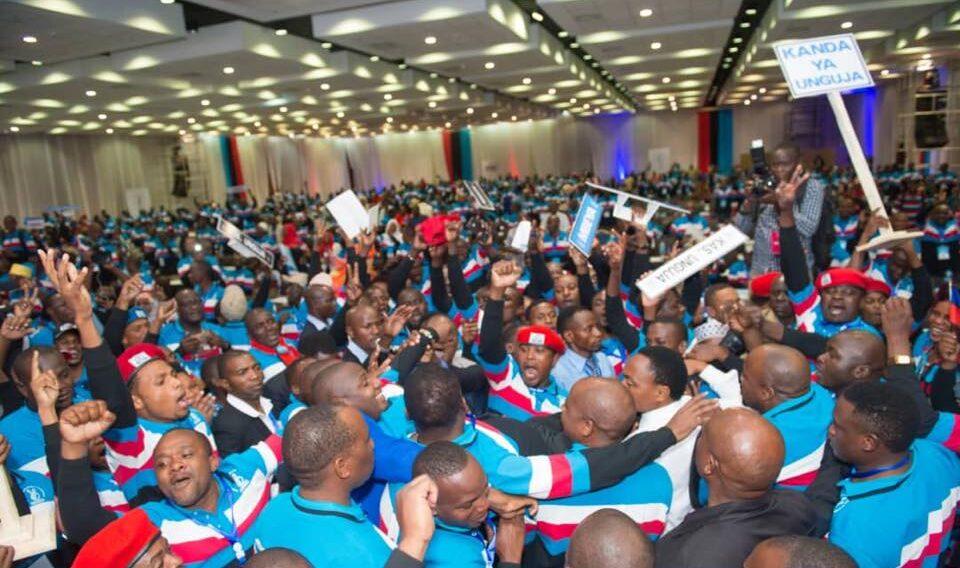 Numerous nominated opposition politicians will now not appear on the ballot ahead of Tanzania’s upcoming general election scheduled for October. Many were prevented from submitting nomination forms. Others’ forms were rejected on apparently spurious technicalities.

Yesterday, August 25, was the deadline for candidates to submit their nomination forms for approval. The focus throughout the day was on the National Electoral Commission (NEC) office in the capital Dodoma.

NEC approved the nomination of John Magufuli, the incumbent presidential candidate from the ruling Chama Cha Mapinduzi (CCM), within minutes. However, the main opposition CHADEMA’s nominee, Tundu Lissu, was kept waiting into the evening before his nomination was finally approved.

Besides Lissu, other opposition politicians also faced challenges. Reports circulated throughout the day of parliamentary and council candidates being arrested by police and attacked by “unknown persons”.

Increased media censorship in Tanzania means that many mainstream outlets were slow to report these incidents or did not report them at all. But opposition candidates and their supporters took to Twitter to raise the alarm.

Lissu himself warned: “Widespread irregularities and organized sabotage of the opposition candidates on nomination day. 8 of our candidates have been violently attacked and robbed of their nomination papers by gangs of armed CCM thugs before submitting them to their respective Returning Officers.”

John Heche, an incumbent CHADEMA MP, shared news of another CHADEMA parliamentary aspirant in trouble: “I have just spoken with Devota Minja. She told me that the police have arrested her driver, they have arrested the chairperson of her campaign team, they have seized her car. They are looking for her so that they can arrest her so that she does not return her [nomination] forms.”

In a separate instance, CHADEMA tweeted: “Misungwi constituency parliamentary candidate for the @Chadematz ticket, Shija Samweli Shimbi, has been attacked by unknown individuals and robbed of a bag that they thought contained parliamentary nomination forms. Forms have managed to remain with them because they were not in the bag.”

More concerning still, CHADEMA tweeted: “The parliamentary candidate for Mvomero constituency on the @Chadematz ticket, Peter Mdidi, has been kidnapped by unknown individuals and taken by them to an unknown location.”

ACT-Wazalendo, another leading opposition party, also reported that its candidates were being blocked from submitting their nomination forms.

One apparently recurring problem was that returning officers at constituency and ward level closed their offices before opposition candidates had the chance to submit their forms, although candidates from the ruling CCM did manage to submit theirs.

ACT-Wazalendo tweeted: “The returning officer for Mtama Constituency has closed his office and our candidate, Ndugu Abdul Twahiri Mlawa, is at the door with his forms.”

A further tactic allegedly used to block opposition candidates is to charge them with unbailable offenses. The CHADEMA politician, Hilda Newton, reported one example: “CHADEMA candidate for Majengo ward councilor in Tunduma, Boniface Mwakabanje… this afternoon has been arraigned in court and charged with ‘armed robbery’. That charge is unbailable, so he was taken to jail.”

Ahead of the nomination deadline, many in the opposition feared a repeat of the local elections last December when Tanzania’s NEC allegedly accepted the nominations of only 6% of Chadema candidates on the mainland.

The obstruction was not as systematic this time around. However, CHADEMA Head of Foreign Affairs, Deogratias Munishi, reported that by these means, and the rejections of nomination forms on clerical grounds, the party’s parliamentary aspirants have been prevented from becoming parliamentary candidates in at least 26 constituencies. More constituencies may be added to that list.

These CCM politicians include heavyweights like current Prime Minister, Kassim Majaliwa, in Ruangwa constituency where the CHADEMA candidate was allegedly prevented by the returning officer from collecting his nomination forms. Similarly, in Kongwa constituency, the outgoing Speaker of the National Assembly, Job Ndugai, will not face a CHADEMA candidate because the latter’s forms were rejected due to supposed irregularities.

The number of unopposed CCM council candidates is likely to be much higher. Tanzania elects more than 3,000 ward councillors and information is still emerging. Munishi said that in Serengeti Region, CHADEMA councillor candidates successfully returned nomination forms for 430 of the 442 positions but that 57 of these candidates were disqualified.

Ultimately, the nominations are only one hurdle among many. Under President Magufuli, the space for opposition parties to contest has been severely restricted. Zitto Kabwe, leader of ACT-Wazalendo, echoed a common concern about the October election when stating, “Either we defend democracy, or we return to a one-party system.”

With the elections still two months away, opposition parties are calling for widespread coverage of unfolding events to try and limit scope for suppression and rigging.