Malawi’s new president vows to listen and says he wants “a chance and trust”. Civil society groups are on the same page, for now. 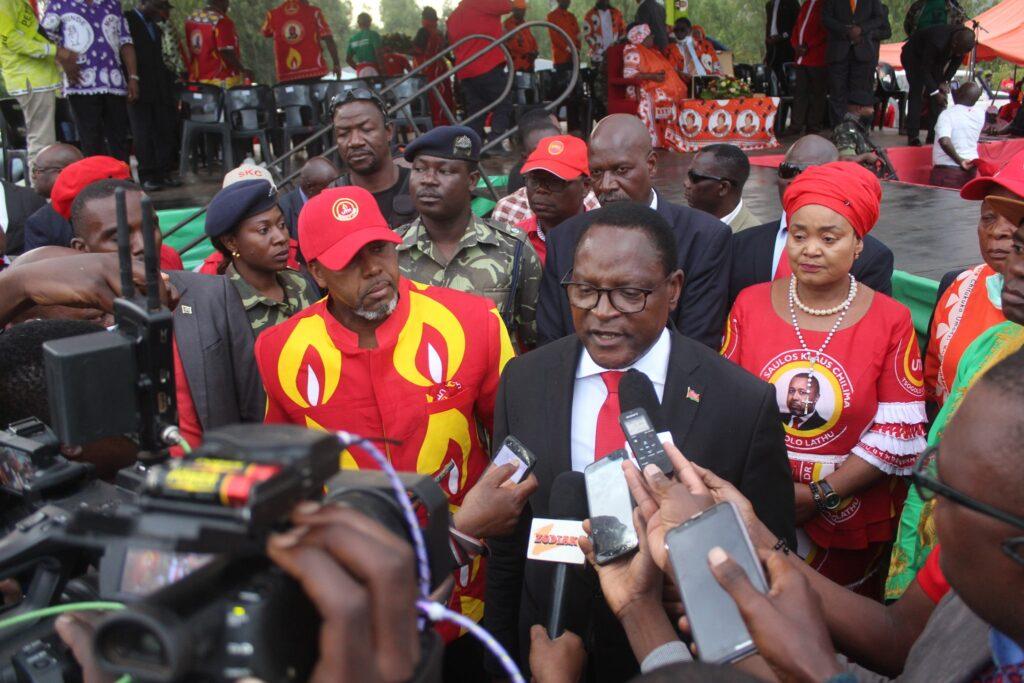 On the evening of 27 June, Malawians across the country gathered to hear the announcement of the recent election results. As the electoral commission confirmed the result, many erupted into cheers. Opposition leader Lazarus Chakwera had not only defeated the incumbent Peter Mutharika but done so by a landslide. Of the near 4.4 million votes cast, he had garnered almost 59%.

In Blantyre, young people trekked to the central business area from the townships to chant and cheer the news. In the capital Lilongwe, tens of thousands of supporters gave up their nights to celebrate with the president-elect.

Among those rejoicing were many civil society organisations – despite the fact they are avowedly non-partisan. There are two key reasons for their jubilation. One was that they had been deeply critical of the May 2019 elections, which Mutharika had officially won amid accusations of fraud and irregularities. It was in part thanks to popular protests organised by human rights groups that the courts ordered a re-run for 2020. The successful management of that repeat vote was seen as a victory for democracy.

The second reason is that many civil society organisations have much more faith in Chakwera than his predecessor. Mutharika’s regime was largely associated with grand corruption and bad governance. By contrast, the Chakwera campaign forged alliances with activist groups and made all the right noises on human rights.

“We’ve confidence in the new regime”

Since assuming office, the new president has so far managed to maintain the confidence of the influential Human Rights Defenders Coalition (HRDC), which spearheaded many of the recent protests.

“I think is too early to rate the government given that they’ve been only in office for few weeks but nevertheless as HRDC, we’ve confidence in the new regime that they will walk the talk in as far a human rights and good governance is concerned,” Luke Tembo, HRDC’s coordinator, told African Arguments.

He revealed that after the president announced his cabinet, the HRDC rushed to have an audience with him in order to raise their concerns. Tembo described their meeting as “an honest discussion”.

“We raised issues that are in public domain,” he said. “He responded to some of the issues directly, but some are still hanging. We will be here to monitor the implementation on the suggestions he made.”

For his part, President Chakwera appears keen to keep civil society organisations on side. Speaking to African Arguments, he asked for his critics to give his government “a chance and trust” though not to remain silent.

“They can also speak when they think we can do better,” he said. “That is welcome. You know people must continue to express their views on various subjects and where I will be able to engage them, I will continue to do that.”

“But then listening goes both ways,” he added. “That way we will be able to forge the kind of relationship that is needed, where I am able to get great feedback even if is contrarian to what I do.”

President Chakwera was keen to emphasise that his government will “lead by the rule of law”. “We want to create an environment in which every institution functions freely, independently and we are doing that,” he said. “We want to make sure that the ministries have benchmarks.”

Part of this also involves tackling corruption. “I will rely on the institutions to tell me what they have been able to find. We want whistle blowers to surrender information,” he explained.

Going after graft allegations appears to be one of the priorities of the new government. Bank accounts belonging to Mutharika and his wife Gertrude have already been frozen as they are investigated. The former president’s bodyguard and chief-of-staff have been taken into custody over allegations of corruption and money laundering. And several other officials from the former ruling party or associated with the previous government have also been arrested or are being investigated.

Human rights groups have supported these efforts. They have encouraged people with information on crimes committed by the previous regime to come forward. Meanwhile, the HRDC has reported Mutharika’s stepson Tadikila Mabfuza and the executive director of the Public Procurement and Disposal of Public Assets to Malawi’s Anti-Corruption Bureau. The coalition alleges that the two individuals were involved in a corruption scandal related to a multi-million-dollar power plant project.

President Chakwera is aware that these investigations might look politically motivated, but he insisted that it is a sign of the system working.

“I don’t want to give orders about so and so because that’s not my area of jurisdiction,” he said. “I want institutions to be able to do their job freely, investigate, and if they do have evidence of whatever stolen, then they should follow whatever the law said about the same.”

An end to mass protests…for now

Less than two months after Chakwera assumed office, the new president seems aware of the expectation on his shoulders – not just from Malawians but from the wider world.

“What Malawi has done right now is really be on pedestal because the whole world has congratulated us because of how vigilant the population has been in demanding justice, in terms of how the judiciary has been to deliver justice, and how voters have been in terms of protecting their vote and choosing a candidate of their choice,” he said. “We have become an example.”

Both Chakwera and Malawi’s civil society organisations would like to keep it this way. Many activists feel like they now have a more sympathetic ear in State House and, as Tembo explained, this has opened up new strategies for engaging and making change.

The civil society leader did not, however, rule out returning to the streets in the kinds of mass protests seen in 2019 if necessary. For now, activists may be celebrating their hard-fought victories of the past year and hopeful about working with the new administration. But, as Tembo pointed out, the HRDC’s loyalties lie not with any party or government, and activists will not be afraid to do what is necessary if they believe Chakwera is turning his back on them.

“We are independent”, said Tembo. “We work for the Malawians.”