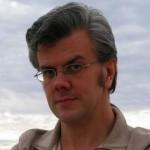 Reviewed By Michael Deibert – Living in Haiti on a limited journalist stringer’s budget, as I did for much of 2001 to 2004, I was unable to afford to purchase a car. That being the case, I traveled around the capital, Port-au-Prince, and the rest of the country most regularly via public taxis and tap-taps (the brightly painted camionettes that ply Haitian roads). Despite the practical drawbacks of being carless, by interacting with Haitians on a daily basis – walking the streets without any sort of escort, hailing public transportation and then engaging in the inevitable discourse with friendly, loquacious Haitians sparked by the oddity of a Creole-speaking foreigner in their midst – over the years I was able to hear first-hand, and in an unguarded way, the daily concerns of the people who were my neighbours.

The fluctuating value of the Haitian gourde (the country’s currency), and the economic hardship caused by, among other factors, the collapse of a pyramid scheme of government-endorsed co-operative banks, and the terror frequently sown by the paramilitary gunmen supporting said government, all gave me an insight in to popular opinion far different from some analysts who would arrive in Haiti for fixed periods, stay at a thoroughly salubrious hotel behind secure gates, interview political players in English and French, and then depart. Another subset of this group were those who saw fit to hold forth at think tanks and on editorial pages without ever having bothered to visit Haiti at all.

It wasn’t that I was any smarter than these people, but I was better informed, so when an armed rebellion broke out in late 2003, its occurring was less surprising to me, and its possible implications obviously far more dire, than it might have been to other, more insulated observers.  But ever since then, I have watched diplomats, aid workers, peacekeepers, analysts and activists flood into Haiti and other countries where I have worked only to fall into a cocooned existence of walled compounds, expensive expatriate restaurants, strict security procedures and a general avoidance of genuine interaction with the people who live in the countries they are there to ostensibly “˜help.’

My point in commencing with this personal anecdote is to engage my first-hand experience with the world that the French academic Séverine Autesserre masterfully dissects in her new book, Peaceland: Conflict Resolution and the Everyday Politics of International Intervention. I found Autesserre’s first book, The Trouble with the Congo: Local Violence and the Failure of International Peacebuilding, a highly illuminating read as well, and an important contribution to explaining how the role that local grievances have played in Congo’s violence was often overlooked in shaping a response to conflict in the country, in favor of often over-simplified grand narratives. Now, with Peaceland, Autesserre turns the focus away from those being intervened upon and back upon the interveners themselves.

For Autesserre, the world that international peace builders inhabit – the “˜peaceland’ of the title – is one with “its own time, space and economics,” where “expatriates’ social habits, standard security procedures, and habitual approaches to collecting information in violence strongly impact the effectiveness of intervention efforts.”

Autesserre delves into the structural problems with intervention as it exists as well. For organizations like the UN or EU, knowledge of the specific country where the peace builder will be working often seems like an afterthought, referred to as “˜a plus,’ as if all conflict and post-conflict scenarios in all countries fit one established pattern which can be addressed interchangeably with the right thematic knowledge or technical expertise. Technical knowledge, with its host of ideas, techniques and approaches is indeed important, but the balance has been wildly slated to prize thematic experience over local knowledge. This, as Autesserre points out, results in  “sending foreigners to a country they have never visited or studied so they can help people they know nothing about,” a model that frequently reinforces the supremacy of expatriate peace builders to that of local stakeholders.

Some of the details Autesserre presents to buttress her argument are truly stunning, such as the fact that the UN peacekeeping mission in Congo – the largest peacekeeping mission in the world presiding over the oft-flaring embers of the deadliest conflict since World War II – didn’t start assigning local language translators to its peacekeepers there until 2009. Even after this, translator resources were so scarce that, when a ghastly four day spasm of rape was visited by militias on the village Luvungi in eastern Congo in 2010, Indian UN peacekeepers escorted commercial vehicles through the town in the middle of the assault but did nothing to stop it, apparently unable to comprehend what was taking place due to the language gap. Previously in 2008, the International Security and Stabilization Support Strategy (dubbed I4S) in Congo went through multiple versions written by UN civilian peace builders, not one of which involved the Congolese government (which, as it happened, was devising its own plan).

“A nuanced understanding of the specific conditions in each theater of intervention – the motivations of each party, the patterns of alliance and conflict at play, the history of antagonisms – is essential for peace builders to determine whom to approach, which arguments to use and, ultimately, what strategies to adopt,” Autesserre writes. “In-depth knowledge of local histories, cultures, traditions, attitudes and world views also enables peacekeepers to adapt foreign ideas to on-the-ground conditions during project design.”

However, within the expat bubble, restrictive security procedures and weak data-gathering skills all result in information garnered from a severely limited group of sources, and in patterns such as UN advisors drafting “national development strategies” without having ever left the capital of the countries where they are posted and rarely talking in-depth with ordinary citizens. Given their poor information, interveners often chose to recycle whatever uncomplicated narrative has most frequently held sway about the region in which they work, which in itself often serves to reinforce negative images and/or patterns about the place.

Autesserre’s conclusions are that, in order to increase the efficacy of international interventions such as those in Congo, it is the interveners themselves who must change. The recruitment and promotion practices for interveners must increase the value they put on local knowledge and encourage (rather than discourage) longer placements, and those missions themselves must learn to rely more on local employees and involve local communities and partners to a greater extent than many of them yet have. On a basic human level, this means increasing professional interactions by spending more time outside of the office and facilitating socialization between foreigners working in a host country and the local population.

Peaceland is a highly important book that minutely deconstructs the structural, quotidian, and cultural weaknesses of the current model of international peace building. Its concluding recommendations should be seriously considered by peace builders who do not wish to replicate the mistakes of the past. As one finishes Autesserre’s book, the words of the director of a Cypriot NGO that Autesserre spoke with seem an apt lesson for those who would enter the world of Peaceland:

“The most dangerous thing is when you have somebody not informed and not knowledgeable who tries to intervene.”

Michael Deibert is the author of three books: In the Shadow of Saint Death: The Gulf Cartel and the Price of America’s Drug War in Mexico (Lyons Press), The Democratic Republic of Congo: Between Hope and Despair (Zed Books) and Notes from the Last Testament: The Struggle for Haiti (Seven Stories Press). @michaelcdeibert

Aid organisations play an unintended but crucial role in South Sudan’s repeating cycles of violence. How can they break out of it? Since war broke out in December 2013, violent ...
By continuing to browse this site, you agree to our use of cookies.