Ebola in Sierra Leone: situation improving, but much life still on hold – By Peter Penfold 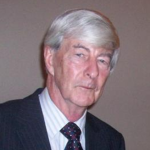 Approaching my fourth week in Sierra Leone, I have been able to travel more widely around the country. I went “˜upline’ to Bo, Sierra Leone’s second city, (or is that now Makeni with the northern based APC government in power?), and into the surrounding Chiefdoms. Life in the south appears more relaxed than in Freetown and the Western area.

Having gone more than 42 days without any new cases, Pujehun District has been declared “˜Ebola free’ and the neighbouring districts of Bo, Kenema, and Kailahun also report low incidence. Precautions are still in place – you still get fired upon with the temperature guns at numerous road blocks and encouraged to wash your hands with chlorine water, but in Bo town, for example, the checks are not as rigid as in Freetown. However, there is still the need not to become complacent and to remain vigilant, as vividly demonstrated with the sad death this week of yet another Sierra Leone nurse in Kenema. Meeting and thanking one of the courageous burial teams outside the Bo hospital has been one of the most satisfying events of my trip.

On the main highways there is the usual sight of people selling their charcoal and crops such as pineapples, oranges and pawpaw and drying their rice by the side of the road, but not as much as before. Driving into the rural areas, life appears even more normal with only cursory Ebola checks at roadblocks into the bigger villages.

Visiting our agricultural project deep into Lugbu Chiefdom, it was encouraging to see rice and groundnuts being grown, but we still insist that our workers wash their hands with chlorine water and carry out temperature checks. Elsewhere in the south farming is taking place though not as widespread as one would expect at this time of year before the rains come. We deliberately started up our Lion Mountains Agrico project two months ago to emphasise the need to get agriculture going in the country in the face of predicted food shortages.

The closer you get to Freetown the more vigorous are the road checks manned by police and army leading to long lines of trucks and buses. Having an Ebola vehicle pass issued by the NERC (National Ebola Response Centre) in Freetown helps speed you through.

I visited my good friend, Paramount Chief Kompa in Masiaka, fifty miles north of the capital. He was receiving a visit from one of the UK Ebola monitoring teams led by a British police superintendent who had driven down from Port Loko, still one of the districts of concern (along with Kono in the north).

Chief Kompa outlined some of the problems he continues to face in his Chiefdom which borders the Western area. He related one particularly disturbing incident in one of his villages when after an Ebola victim had been buried safely by one of the Ebola burial teams, relatives came back at night and dug the body up to perform the traditional rites. As a result further deaths ensued.

He noted the particular problems faced by those who have recovered from Ebola when returning to their homes. Not only does the fear of stigmatization persist but they return to nothing, their goods and belongings having been destroyed as part of the quarantine precautions. In his view it would be better to encamp the survivors all together for a while and provide them with food and lodging. Food, he said, was in short supply.

A Sierra Leonean police officer, who was accompanying the British team, outlined the increasing problems of unsafe sex by returning male Ebola survivors who are ignoring the warning to avoid sex for three months or at least use condoms. There have now been several reported cases of women becoming infected in this way. The officer predicted that this could become the prime cause of the continued spread of the deadly disease.

Another group of people who are facing particular problems with the Ebola threat are the disabled and especially the blind. The “˜no touch’ policy is especially difficult for the blind (who rely upon touch to “˜see’). My work with the blind schools and institutions in the country has forcibly brought this home to me. Government needs to address this problem; a point I made when I called on His Excellency the President.

President Koroma shares the cautious optimism of the experts that the tide is turning and has even predicted that the country will achieve “˜zero new cases’ by the end of March? He continues to travel widely around the country warning his citizens not to become complacent and to remain vigilant.

In the midst of the Ebola epidemic the Sierra Leone Government has decided to go ahead and enforce the introduction of a ban on all right-hand drive vehicles, with the threat of fines of up to half a million leones. I have long advocated a ban on right-hand drive poda podas as they disgorge their passengers onto the traffic side of the busy roads. To my mind, banning all vehicles seems excessive and unnecessary, but especially at this time when one would have thought that the police have more important things to do! I am told that some of the ambulances that have been brought into the country to help with the Ebola crisis are right-hand drive. Will they be banned too?