Politics
Home›African Arguments›Politics›Olusegun Obasanjo: Whose Side is He On? – By Lagun Akinloye

Olusegun Obasanjo: Whose Side is He On? – By Lagun Akinloye 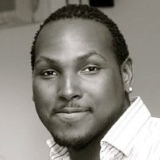 Last November at the popular Ake Arts & Book Festival held in Abeokuta, Ogun State, former president Olusegun Obasanjo described the achievements of the Goodluck Jonathan-led administration as being “below average”. Obasanjo, while acknowledging the personal role he played in Jonathan’s emergence as president, absolved himself of any blame stating, “I will not take responsibility for his performance.”

Obasanjo’s comments were just one of many in recent times aimed at denigrating his former protégé and the People’s Democratic Party (PDP), a party he once led but who have now turned him into a peripheral figure.

Having been openly courted by the opposition party the All Progressives Congress (APC), Obasanjo continues to reaffirm that he is still a member of the PDP but as a former president, he is a father to all.

The former president knows the political game better than most and by accommodating and fostering friendships with leaders of the opposition, while simultaneously acting as a rallying point for disgruntled elements within the PDP, Obasanjo hopes to preserve a comfortable seat at the front row of the election gallery as Nigerians head to the polls on February 14.

From the outside looking in

After leaving office in 2007, Obasanjo attempted to maintain his influence within the PDP, strong-arming the party into picking him for the highly prominent role of chairman of the Board of Trustees (BOT). This allowed the former president an ideal vantage point over party matters but would eventually put him at loggerheads with Jonathan, with the latter refusing to do his bidding on issues including ministerial appointments and how Nigeria’s oil wealth is distributed.

Further cracks in their relationship emerged as the Jonathan administration actively followed through with clandestine plans to whittle down the influence of Obasanjo on party matters. Obasanjo, in an attempt to save face resigned from the position of BOT Chairman in April 2012, describing the move as one that will enable him to fulfill his duties as statesman both locally and internationally.

Those loyal to the former president were slowly eased out of the PDP’s inner caucus with the help of the newly reconstituted National Working Committee (NWC), the decision making organ of the party, in February 2013. The move saw Obasanjo’s chosen political appointees replaced with those more favourable to Jonathan, with similar actions replicated in appointment of party officers in Obasanjo’s own geo-political zone of the South-West and his home state of Ogun.

Dancing with the opposition

In December 2013 Obasanjo played host to the national leader of the APC and former governor of Lagos, Bola Tinubu. Tinubu arrived at Obasanjo’s residence with a retinue of APC chieftains including their recently picked 2015 presidential candidate General Muhammadu Buhari. Tinubu extolled the virtues of the former president, praised Obasanjo for the role he has played in “building the nation” and lamented that the country was divided now more than ever. He concluded by urging the former leader not to shy away from speaking the truth whilst stating “we are resolved and determined to rescue Nigeria and we want you as navigator.”

Obasanjo thanked his guests for their visit but reaffirmed that he remained a card carrying member of the PDP, describing himself as an “Incurable optimist” and totally committed to the well-being of the nation. Obasanjo had some encouraging words for the opposition leaders stating that their emergence on the political stage had enhanced democracy in the county and encouraged them to play politics without bitterness and rancour.

Obasanjo’s parlay with APC’s leadership was curiously followed by an 18-page letter accusing Jonathan of failing to deal with the many problems facing Nigeria, including corruption, piracy, kidnapping and oil theft with Obasanjo declaring Jonathan “morally flawed” in his bid for re-election. The president dismissed his attack as “reckless, baseless, unjustifiable and indecorous”.”

Not satisfied, Obasanjo went on to release his autobiography in December 2014 in which excerpts described the president as a self-centred politician “who thinks less of the country and fraternises with corrupt and questionable characters.” The president’s men attempted to block the book’s release via a court order but the former president defied the injunction ruling by an Abuja High Court and went ahead with its unveiling.

But in a surprise move, a rapprochement of sorts took place on January 5 after photos were taken of Obasanjo attending the wedding of Jonathan’s adopted daughter. This was followed with a meeting at Obasanjo’s hilltop mansion the next day with Jonathan in attendance alongside prominent Christian religious leaders who would possibly act as mediators between the former allies.

The meeting was said to have broken down with Obasanjo refusing to throw his support behind Jonathan over his past transgressions as he once again welcomed the APC leadership and Buhari into his home only a few hours after the president’s departure. The APC, who were on a campaign stop in the former president’s home city, Abeokuta, announced that they had come to solicit the former president’s support and wise counsel. Obasanjo, to the delight of his visitors declared, “I’ll support the best candidate irrespective of party”, thus adding more confusion to his actual political stance and loyalty to the PDP.

But with Obasanjo still a much revered and respected figure in both local and international political circles, his posture and leanings in the run up to what will be Nigeria’s most keenly contested election since the return to democracy in 1999 will be watched closely as the question still remains, whose side is he on?