Zambia: rise of the UPND down to good preparation and luck – By Nicole Beardsworth 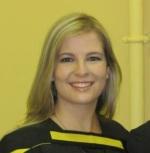 The Zambian presidential by-elections are just a few days away. It will be the small Southern African nation’s 4th election in just 9 years and their second presidential by-election. The polls have come down to a two-horse race between two parties which were both in opposition ahead of the last election in 2011. Few analysts could have predicted the rapid rise of the opposition United Party for National Development (UPND) and its candidate, Hakainde Hichilema, who garnered a mere 18% in the last presidential poll. A mix of luck and strategy has served to push this previously small party to the forefront of the national political arena.

The UPND is a relatively little-known party which was formed in 1998 in Zambia’s Southern Province. By 2001 the party had grown enough to challenge the ruling Movement for Multi-Party Democracy (MMD) in an election that many in Lusaka believe was in fact won by the newcomers. Following the emergence of the ruling Patriotic Front (PF) – spearheaded by the late President Michael Chilufya Sata – the UPND took a backseat in national politics. The death of the party’s founding president, Anderson Mazoka, in 2006 threw the party into a tailspin, prompting an acrimonious battle for the leadership. The 2006 and 2011 elections then cemented the UPND’s position as a distant third behind the increasingly popular and populist Michael Sata.

The UPND struggled to return to its former position as the country’s leading opposition party, but its identity as a Liberal Social Democratic Party, Hichilema’s technocratic style and its reputation as a “˜regional’ party made it difficult for them to broaden their predominantly middle-class base. Issues of funding – a critical problem in a country without legislated state funding of political parties – meant that UPND’s tight budget had to be managed pragmatically. In previous elections, the party focused its campaigns on strongholds in Southern, Western and North-Western Provinces, giving credence to the accusation that the party was “˜regional’ – a term often used as a euphemism for ethnicity in Zambia. This produced a catch 22 for the party which had few resources to expand its reach and which due to its limited scope was unable to attract sufficient funding to extend its activities. But by late 2014, things had changed.

Concerted efforts to win by-elections in 30 wards over 3 years helped to increase the party’s profile, but it was the wrangles within the ruling PF and opposition MMD that cemented the UPND’s place at the forefront of national politics. The confusion and polarisation in the ruling PF following Sata’s death led most Zambian commentators and business leaders to believe that the party’s centre could not hold without its charismatic founder. Waves of accusations, suspensions, court injunctions and intra-party violence threatened to derail the PF’s bid for the 2015 elections. Local and foreign investors – keen to secure their futures and hedging their bets about the outcome of the wrangles – began to seek friends in other parties.

For its part, the opposition MMD experienced a leadership coup by former President Rupiah Banda, which was only thwarted by the outcome of an 11th hour court case which found in Party President Nevers Mumba’s favour. However, the damage was done. The MMD split three ways with 25 MPs endorsing Hichilema in the upcoming election, a small number siding with the PF and a third contingent continuing to support a severely weakened Mumba.

While the PF and MMD campaigns only began in earnest on 20 December, the UPND had a month-long head start. From the campaign launch on 23 November, Hichilema (popularly known as HH) traveled the country to drum up support, holding as many as five rallies in a single day. Over the two months since campaigning began, HH has traveled to hundreds of cities and towns in each of the country’s 10 provinces, visiting churches, markets and local chiefs and holding rallies with impressive turnouts. The campaign has been well-orchestrated, addressing local issues in each constituency whilst maintaining a central message filled with a mix of policies from the recognition of the Bemba Paramount Chief to the promulgation of a new constitution before the upcoming 2016 elections.

HH’s central messages are that the UPND will lower the cost of living, provide free primary education, reduce the price of agricultural inputs in order to encourage the growth of the agricultural sector, improve infrastructure and service provision and introduce a number of investor-friendly policies to ensure that the economy continues to grow. The manifesto reads as a mix of popular and technocratic policies, which have the potential to grow the party’s support beyond its traditionally middle-class base.

The party’s policies represent a clear attempt to court the poor, marginalised and unemployed while presenting the UPND as a party capable of encouraging investment and managing the economy effectively. The campaign is run by a number of experienced politicians, many of whom served in ministerial positions under previous MMD governments. A number of the PF’s current and the MMD’s former heavyweights have thrown their support behind Hichilema, which appears to have improved perceptions of the party’s regional bias and provided their campaign with a gravitas that they struggled to attain until now.

Hichilema is one of Zambia’s youngest presidential candidates, at 53 he is more than 20 years younger than late President Sata. In a bid to represent himself as both a “˜man of the people’ and a technocratic leader, he alternately emphasises his modest village upbringing and highlights his successful business ventures. A trained economist who holds an MBA in Business and Finance Strategy from the University of Birmingham, HH has served as the CEO of advisory firm Grant Thornton and as a board member of a number of Zambian enterprises. His personal wealth is reported to be substantial, with shares in multiple ventures in Zambia and abroad. Although he has no experience in government, Hichilema argues that his economics training, business acumen and extensive farming experience make him the best-placed candidate to hold the country’s highest office.

It is unclear how local and international investors might view Hichilema, but his expensive campaign suggests that the party has a number of important financial backers who believe that the UPND is capable of advancing their interests.

The 2015 election is likely to be a particularly close poll. Although the PF had a shaky start to their campaign, they have come out fighting. Their mobilisation efforts are paying off with the party’s presidential candidate, Edgar Lungu, promising Zambians a continuation of President Sata’s policies. Lungu is the current Minister of both Defence and Justice and hails from Zambia’s Eastern Province; his temporary appointment as acting president during Michael Sata’s absence in October has left a widespread perception amongst voters that Lungu was chosen as the popular president’s successor.

Like Hichilema, Lungu has received a number of endorsements from high profile political figures including former President Rupiah Banda, who is expected to help the PF to sweep the vote in Eastern Province. Finally, the massive road infrastructure drive undertaken by government since 2011 is also likely to sway both rural and urban voters in favour of the party while sympathy may well help the PF to retain the presidency, much as in the 2008 election following the death of President Levy Mwanawasa.

The outcome of the election may well be contingent on something that neither party can control – the weather on voting day; heavy rain in certain parts of the country may be enough to deter voters and swing the results in either party’s favour. The role of voter apathy is also likely to be significant; with so many elections held within the space of a few years, Zambians may see few benefits in going to the polls yet again – particularly ahead of the next elections which are to be held in little more than 18 months.

For HH, this is an election that he needs to win. It is his fourth stab at the presidency and an electoral loss may be enough to prompt an insurrection within his party. Differences between acting president Guy Scott and PF candidate Edgar Lungu have helped to level the playing field in favour of the UPND, an opening that may not be available in 18 months’ time. The failure of the country’s two largest parties to galvanise their own positions ahead of 2015 was fortuitous, but they are likely to regroup and make a stronger stand in 2016. Hichilema’s campaign has however shown that the UPND is likely to be a force to be reckoned with for the foreseeable future.