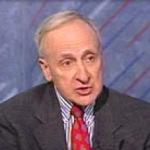 A delegation of the leading opposition political leaders in the Democratic Republic of the Congo visited Washington, DC during the period March 7-11, 2015. The delegation leader and spokes-person was Vital Kamerhe, former President of the National Assembly and leader of the RNC party.

Other members of the delegation included Samy Badibanga Ntita, President of the UDPS parliamentary group, the largest opposition group in the parliament; Jean-Claude Vuemba Luzamba, the most important political leader in the Lower Congo region; Jean-Lucien Bussa Tongba, President of the CDR party; and Josi Makila, former Governor of Equateur Province.

The delegation met with senior officials in the State Department’s Bureau of African Affairs. They made presentations to the Africa Center of the Atlantic Council of the United States, and the Africa Department of the Johns Hopkins School of Advanced International Studies. They also met with staffs of the Senate and House of Representatives committees on Africa.

The delegation’s message was that despite some recent positive developments in the electoral process, they continue to believe that the Kabila administration is determined to prolong its hold over power for an indefinite period beyond constitutional limits.

As for the positive news, the delegation cited the following:

Despite this positive news, the delegation insisted that the international community should continue to apply pressure to the Congolese Government to make sure that the next presidential election will be held on time, and in a transparent manner. They claim that the regime continues to plan for a long delay.

The National Electoral Commission (CENI) has published a national election calendar that envisages a presidential election on November 27, 2016.   The opposition, however, argues that the election calendar is configured in such a way that will guarantee long delays. Indeed, they claim that the published calendar cannot be implemented.

First, the scheduling of local and municipal elections in 2015 is such a logistical nightmare that all other elections will be delayed for many years as a result.

Secondly, new election registration cards for young people reaching the age of 18 have not been issued since 2006. For that reason, ten million young people will not be able to vote. Any election with so many voters being ineligible is unfair by definition.

The opposition leaders also reported that the electoral commission has established a budget for all elections at the level of 1.5 billion dollars. They argue that the international community will never provide such a large amount of money. They point out that all of the elections in 2011 had only a total budget of $480 million. The high budget estimate is designed to delay the elections, they argue.

The opposition also pointed out that over 30 political personalities are in prison merely for expressing opposition in public, and that demonstrators protesting the census proposal in December 2014 were subjected to lethal fire by security forces, with at least 26 killed.

The opposition request is that the international community should continue to pressure the Kabila regime to have transparent elections within the constitutional time-frame.

The State Department officials who met with the delegation pledged to continue to support adherence to the constitution, and a free, fair and transparent election within the constitutional time frame. They also said that a “Special Representative for the Great Lakes Region” will be nominated to replace the departing Senator Russ Feingold.

There was no indication during the visit as to which politician will be the unified opposition choice to stand for the presidency against a politician supported by the Kabila regime. While Vital Kamerhe was the delegation leader, in all meetings he allowed all of his colleagues to speak as co-equals. There was no indication that he is the opposition choice to run for President as of this time.