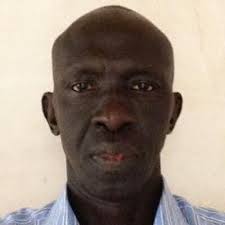 International media describes South Sudan’s civil war as having begun as a political power struggle among the leaders of the ruling Sudan People Liberation Movement (SPLM) party, which later took on an ethnic tone. This depiction is not only true for this war but also for previous South Sudanese conflicts.

The country is often presented as a nation gripped by inter-ethnic conflicts. While this is largely self-evident, the role played by unscrupulous politicians in fermenting hatred must not be glossed over. Far from being a prisoner of its ethnic diversity, South Sudan is all the richer because of it and should instead be seen as a victim of recurring failure of leadership.

In the blockbuster movie “˜Back to the Future’, young Marty (Michael J Fox) travels into the past and meets his youthful parents. Fearing he could cease to exist, he makes sure they fall in love. Perhaps with this all-time sci-fi classic in mind, a friend recently said that in order for the South Sudanese leaders to come to grips with the current situation, they need to travel back to the time before the crises erupted.

Confronted with the grim future they were about to create, the South Sudanese leaders might have acted more prudently. Not that any of them has ever shown any remorse. Perhaps an even more important question is whether the nation itself has learned lessons from this experience.

The eruption of conflict in December 2013 started as a characteristically South Sudanese affair with rumours and counter-rumours of corruption, character assassination, accusations of treason, bribery, leadership challenges and threats of coups. With neither side willing to budge, the standoff between President Kiir and his estranged former colleagues led by Riek Machar escalated until the inevitable first shots were fired and the country descended into mindless violence.

But things were not always like this. South Sudan’s political awakening started during the colonial era. That nascent patriotism was first expressed during the 1947 Juba conference when their representatives demanded a special status for the south.

The second, albeit a rather more forceful act, was the Southern Corps Torit mutiny in 1955. Although the uprising was crushed and several key leaders were executed, many soldiers escaped and became the nucleus from which the Anyanya, the first South Sudanese liberation movement, came into existence.

The period from 1955 till 1972 was the zenith of southern political consciousness and national unity, a fact that has now been largely forgotten. This may be because people often fail to recognise the significant historical trends that occur during their own lifetime, or it could be because these trends tend to fade into relative insignificance when more momentous events take place.

During this period, government officials, students and workers across the country came together to organise themselves and spread the nationalist message. Thousands of South Sudanese, including the very youthful Joseph Lagu, Salva Kiir and John Grang, left to join the Anyanya ranks.

An underground movement was formed to raise funds for the Anyanya in the face of brutal government repression, which involved murder, torture, incarceration, kidnapping and political assassination. An entire generation of South Sudanese grew up in a climate where ethnicity bore little or no political significance.

The flagship southern political parties of SANU and the Southern Front were established, funded to a large degree by membership subscriptions. On the external front, the Anyanya suffered frequent leadership crises owing to a myriad of factors which included poor financial resources, wrangling over power and, undeniably, ethnic mistrust. In spite of this, the movement did not fragment into fighting factions and was able to focus on its main objectives.

So when General Joseph Lagu led the Anyanya into the country following the signing of the 1972 Addis Ababa Peace Accord, he brought with him an army that was united and representative of all the South Sudanese. Throughout southern Sudan and also in the north, South Sudanese poured into the streets to welcome their returning heroes and to celebrate their gains.

As the north remained under the iron grip of the dictator Jafaar Numeiri, South Sudan (or Southen Sudan at it was then known) settled into a sleepy but vibrant democracy. The tranquility was short lived.

The leaders failed to contain corruption and to deliver adequate public services. More importantly, they allowed minor political differences to build up to dangerous levels and undermined the political order in order to gain political advantage.

The belligerents, chiefly Abel Alier, Joseph Lagu and their respective senior aides, took it in turns to co-opt Khartoum to destabilise each other’s camp. Khartoum embraced the opportunity and gleefully began to reverse the gains that the south had previously made. As the crises deepened, politicians wanting to obtain quick career gains resorted to pitting their ethnic constituencies against other communities.

This culminated in the demand by several leaders from the Equatoria region for the unitary regional government to be split into three; the leaders of which would now be picked by Khartoum rather than being elected by the southern public as before. The schism soon spread among the general public too, causing rifts between communities, friends and relatives. Eventually, Khartoum decreed the realignment of the south.

This major event sowed the seeds of mistrust between the South Sudanese people, which they have found difficult to shake off to this day. It was also one of the contributing factors to the resumption of the north-south war.

In 1984, one year into the second civil war, the burgeoning SPLM/A was yet to find its ideological path. An initially healthy debate about the direction the movement should take grew more and more tense.

Just as Alier and Lagu failed to disagree without wrecking the political system, so did Garang and his opposing colleagues fail to contain their differences before they turned violent. As soldiers went on the rampage, several leaders lost their lives, most notably the Nuer politician, Samuel Gai Tut. The movement was immediately thrown into chaos with Gai’s supporters turning on Garang’s men.

Garang’s subsequent move to recruit the academically meteoric Riek Machar (a Nuer) and Lam Akol (a Shilluk) into the top hierarchy of the SPLM/A should be viewed as a rushed damage limitation exercise to contain the growing ethnic fallout.

But Garang’s efforts did not yield lasting results. His top team lacked cohesion and his autocratic leadership style did not sit well with his highly ambitious colleagues. No compromise could be struck and the growing gulf drove several of Garang’s opponents to conspire against him. The coup attempt was quelled but Machar and Lam were able to escape and open a new anti-Garang front.

Khartoum grasped the opportunity and quickly forged alliances with the various anti-SPLM groups. Machar and Akol were flown to Khartoum where they were offered senior government positions. In the few intervening years Sudan went on to establish, train and arm many militia groups to confront the SPLM/A.

Today, the Machar-Akol defection of 1991 is remembered as the year the Dinka, Shilluk and Nuer parted ways, just as the Lagu-initiated redivision of the south in 1983 is seen as the point when a wedge grew between Equatoria and the rest of the south. But this is a misrepresentation of history because many Nuer, Shilluk and Equatorian leaders remained with Garang (a Dinka), while numerous Dinka leaders accompanied Riek and Lam to Khartoum.

The internecine violence that ensued, which involved many southern communities, is thought to have resulted in an equal or greater number of deaths as the war that the southerners simultaneously fought against the government of Sudan. It is believed that the total number of deaths, including the casualties of war-induced famine, was in excess of 2 million.

Khartoum’s divide-and-rule strategy failed to survive the rollercoaster of southern politics. By 2002, the divided South Sudanese leadership saw enough light to come together again. This closing of ranks helped them to secure the Comprehensive Peace Agreement (CPA) and in due course, the chance for South Sudanese to cast their votes for independence.

So as we recall the better days of South Sudanese national cohesion, lament the many costly errors of their ruling class and dare contemplate a quieter post-war period, we can only hope that the nation has learned from the bitter experiences of its not too distant past. We must also hope that the art of judicious and restrained leadership will be within the grasp of the next generation of South Sudanese leaders.

Mawan Muortat is a South Sudan commentator and IT analyst based in London. He can be reached at [email protected]

From targeted harassment to blackouts, Addis Ababa has tried to dilute, distract and deflect from coverage of atrocities in the Tigray war.  Despite near universal condemnation and concern about atrocities ...
By continuing to browse this site, you agree to our use of cookies.