Three ways one of the world’s most notorious militant groups manages to remain one of the least understood. 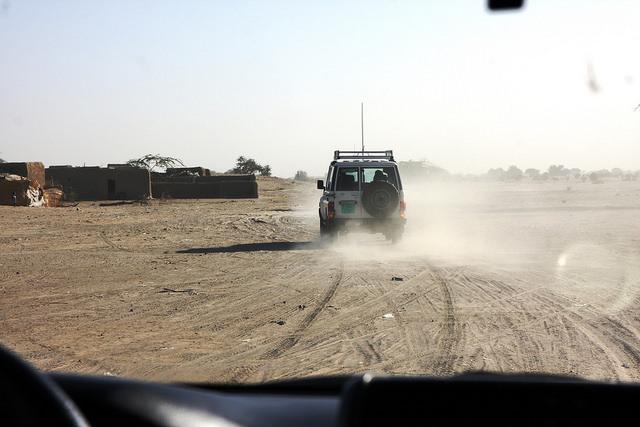 Millions have been displaced in northern Nigeria and surrounding regions by Boko Haram attacks. Photograph by EC/ECHO/Anouk Delafortrie.

Boko Haram is probably the best-known unknown insurgency around today. The group and its brutal exploits are notorious the world over, and yet when it comes down to naming Boko Haram’s various leaders and factions, even security services and researchers dedicated to understanding the militants may be at a loss. There are hardly any direct sources of information about the group, and much about the militants’ goals and dreams are unknown.

There are three broad reasons why it is so difficult to garner reliable intelligence about Boko Haram.

The first is that the group has a very tight system of maintaining control over its fighters and their recruitment. Boko Haram has a history of deeply vetting those they allow to join their ranks. They know their recruits’ family histories and relationships with people in their core areas, and unlike so-called Islamic State, they do not allow walk-in fighters. This makes it hugely difficult for security forces to infiltrate their ranks at any meaningful level.

Boko Haram fighters captured on the battlefield are mostly young men who are not ideologically committed to the group, but either accepted money or were forced to fight by their captors. These recruits may become informants easily, but they know very little of operational relevance and cannot be used to infiltrate the group further since captives who return claiming to have escaped are reportedly either locked up or killed.

Promotion within the insurgency is typically decided by length of tenure, meaning that newcomers remain at the bottom of the ladder, far from positions of authority and access. To rise, one needs to be vouched for by members who were trusted by former leader Muhammad Yusuf, and to gain the trust of seniors, one usually requires close and long-term familial and marriage-based relationships with other commanders. The leadership within Boko Haram’s often disparate  factions tends to be very tight-knit in this sense, and despite the best efforts of the intelligence services, there is only so much they can do.

A second reason information is so difficult to come by is that the internal structure of Boko Haram is very closed and the group generally takes pains to keep its cards close to its chest.

To begin with, it is important to note that the group is by no means a monolithic organisation. Rather, it is made up of several factions that share a common origin, and access to one branch does not translate into access to all.

The leadership of these various factions meanwhile is understood to be closely secured. Commanders are disciplined in ensuring that they rarely communicate with people outside their ranks. And those external to the group that senior Boko Haram officials may talk to are those who were once comrades or contacts with whom they had relationships prior to the 2009 uprising. This keeps the loop of people in-the-know very tight, and for intelligence services, searching for these trusted confidantes is like finding a needle in a haystack. Potential informants know the huge dangers associated with leaking information and are aware that Boko Haram members are likely watching them with suspicion.

A final reason getting reliable information on Boko Haram is so difficult is that it may not just be the group itself that has an interest in keeping intelligence locked away. Political and military elites who may have been complicit, or have had a role to play, in the group’s activities will also be desperate to ensure information is closely guarded. This is likely to be true of not just Nigerian elites but also their Chadian, Nigerien and Cameroonian counterparts, all of whom would want to suppress anything that could implicate them.

The importance of intelligence

These factors combine to create a huge stumbling block in defeating Boko Haram as any strategy to combat the group will need to be informed by a deep understanding of its goals, make-up and membership.

The Nigerian government has to study the group and come up with a plan that eliminates the militants on multiple levels – economically, politically, ideologically and otherwise. They have to move past an approach of firing at the insurgents until they disappear, as the militants invariably return through assassinations and bombings. No matter the effort being put into preventing them from seizing and holding territory, a group like Boko Haram is only being dealt a temporary setback through these kinds of tactics.

For example, Khalid Al-Barnawi, one of the factional leaders of Boko Haram is said to have long ago made plans on how his faction would operate if there was a concerted effort by Nigeria and Cameroon to take back territory – and it is these plans he is understood to now be following as his faction engages in a campaign of suicide bombings hitting towns from N’Djamena to Damaturu.

Such a person cannot be stopped unless there is accurate and sufficient information to analyse so that the patterns behind his strategy can become identifiable, thus making him predictable and defeatable. Until Boko Haram ceases to be an information black hole and until accurate information about the insurgency is available, security forces will not be able to understand what drives the group, why they will not surrender, why their tactics are so brutal, and why they will not negotiate except to buy time. This lack of understanding will only lead the governments battling Boko Haram to keep making strategic and tactical blunders that will drag out this war to the advantage of the militants.