#UgandaDecides: How Museveni survived, grabbed donors by the balls, and became the very thing he warned against

In the 18 February election, President Yoweri Museveni will almost certainly extend his rule and will probably keep extending it until he dies in office. 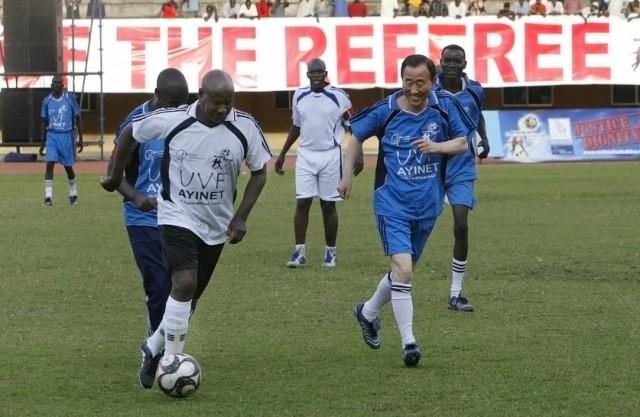 If Shakespeare were alive today, he would probably be writing plays about African presidents rather than medieval kings. Nowhere else in the world has such dramatic and personal politics. Uganda is a case in point.

In this East African nation, the re-election of President Yoweri Museveni on 18 February has always been a foregone conclusion. Having ruled for 30 years now, he will almost certainly extend his rule after the election tomorrow and probably keep extending it until he dies in office.

Victory was ensured when his two main rivals and former associates – Amama Mbabazi and Kizza Besigye – would not unite. But even if a single opposition candidate had emerged and won a majority, the election would be annulled or a quick “recount” would reverse the results.

In the early days, Museveni did not mind criticism and discussion; he was sharp enough to debate and defend his rule. But today, anyone who gets close to challenging him gets beaten up, jailed or both. Museveni has become the stereotypical African dictator that he once denounced.

I will declare an interest here. I lived in Uganda as a teacher in the first two years of Idi Amin’s rule. And I went back as a journalist after General Tito Okello took power in 1985, when I managed to visit Museveni’s fighters in the bush. I was in Kampala the following year just his fighters took power, and I was in the front row a few days later when Museveni was sworn in as president. I interviewed the new president several times and found him an impressive debater.

After the Amin years and the subsequent political chaos, Museveni was a model of sense and stability. He opened up debate and tried to create a layered national structure for discussion and decision-making from the village to parliament. But it was only later that I realised this was only in the south. In the north, especially Acholiland where the previous regime’s leaders had come from, it was a different story. Chiefs and leaders were arrested and disappeared, and the Acholi’s precious cattle were stolen by soldiers. The region has never fully recovered.

In these early years, I saw Museveni frequently. He liked to call journalists together and debate with us. It was like bowling against a first rate batsman. He dealt with our questions thoughtfully and wittily. And in Uganda more broadly, there was open debate about policy and the presidential succession.

But the longer Museveni has ruled, the more dictatorial and remote he has become. He has reverted to crude practices such as distributing bags of money to buy votes, while his former comrades have abandoned him. The best went first, and he is now just left with servants rather than comrades.

One of Museveni’s most loyal former followers was his childhood sweetheart, Winnie Byanyima. Her father, Boniface Byanyima, was headmaster of Mbarara High School, one of the best in the country, when the young Museveni came to beg for a place. Her father gave the young boy from a poor family a spot and even let him stay in his house during term time.

Winnie, 14 years younger, became close to the house guest. And several years later, she was one of the first to join Museveni’s movement and join him the bush. The two formed a close relationship, and at his inauguration, Winnie was standing just metres behind him sporting her battledress and huge afro.

After Museveni became president, she soon moved into State House too, until Museveni’s wife Janet came back from Sweden where she had lived for many years. Winnie was evicted.

Shortly after, Winnie married Museveni’s close friend, personal physician and one of the “originals” who had formed the National Resistance Army in 1981: Kizza Besigye.

The political struggle between Besigye and Musevevi today is thus personal as well as political. That’s why his supporters get extra beatings from the police and Musveni’s gangs of thugs.

Former Prime Minister Mbabazi is different. Museveni previously allowed discussion of successors, but more recently, anyone who has hinted Museveni has overstayed , that it’s time for change, or made a bid for power, has have been side-lined, sacked from government or threatened. They usually return to Museveni’s camp and keep a low profile.

Nevertheless, Mbabazi seemed to be quietly marked out as a likely successor. He was Musveni’s loyal servant, smart and hard-working, but always looked like a gofer rather than a potential boss. When Mbabazi realised he was being strung along, he left and ran on his own platform.

A tight grip on donors

Although the election will likely be about personalities, cash payments and lost ballot boxes, Uganda’s economy will also be an important factor. The economy grew at an average 7% in the 1990s and 2000s, but has now slowed to closer to 5%. Museveni had hoped the discovery of oil would be transformative but with oil prices low, the whole project is on hold.

However, Museveni does still have Western donors by the balls – donors who donate hundreds of millions to the country. Museveni’s single most powerful tool for gouging these donors is his army. By sending troops into the likes of Somalia, South Sudan and Central African Republic, he presents himself as the region’s peacekeeper. He knows that almost no European countries are willing to send troops to these places and that no other Africa country has the capacity to quickly step in. Furthermore, it is well understood that Museveni’s “peacekeepers” can also be war makers. In South Sudan – contrary to UN agreements – he has sent troops to support only one side. And with a single phone call, Museveni could withdraw from any of these countries and leave chaos behind – or even ensure it.

In 1986, Museveni wrote: “The problem of Africa in general and Uganda in particular is not the people but leaders who want to overstay in power”. 30 years later, Museveni has become the very intractable, narrow-minded, authoritarian leader against which he warned.

Richard Dowden is the Director of RAS.