Why Africa’s biggest adopter of GM crops changed its mind

Bt cotton reportedly increased production as intended. So why is Burkina Faso phasing it out? 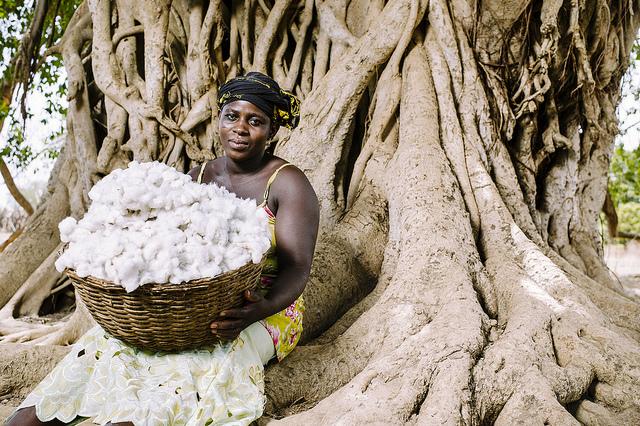 The thorny topic of genetically modified (GM) crops was recently thrust into the global spotlight again. Speaking at the World Economic Forum in Davos, Bill Gates said that GM crops are a necessary tool to fight hunger and poverty in Africa.

But something Gates did not discuss was the news that the largest and most significant African adopter of GM crops – Burkina Faso – recently began a phase out of Bt cotton. Bt cotton is the most widely grown GM crop by poor farmers in Africa.

Why would Burkina Faso, a nation that struggles with hunger and poverty, turn its back on the very tools Gates and others so ardently support?

How Burkina Faso came to be an early adopter

In 2003, Burkina Faso became one of the first African countries to begin field trials of Bt cotton. This was done in partnership with the agriculture company Monsanto. Bt refers to a toxin – Bacillus thuringiensis – that kills one of the world’s most common and pernicious cotton pests, the bollworm. Monsanto agreed to backcross the Bt gene onto local Burkinabè varieties, which were subsequently released to farmers in 2008.

Burkina Faso’s adoption of Bt cotton made big news. Not only is Burkina Faso consistently one of Africa’s largest cotton producers, but cotton is also seen as the engine driving rural development throughout large parts of the country.

The introduction of Bt cotton has reportedly boosted total cotton production. In 2014, Burkina Faso had the largest number of total GM crop producers on the African continent. It has more than 140,000 smallholder farmers cultivating Bt cotton.

Burkina Faso’s success story has been celebrated as an example of how GM crops can help poor farmers. Many farmers have enthusiastically adopted the technology, and for good reason. Studies show that Bt cotton has increased yields and profits. The average Bt cotton farming family gained 50% more profit than from conventional cotton. This is despite the very high cost of Bt cotton seed.

Bt cotton growers also use significantly less pesticide. The total number of sprayings has gone down from six to two, reducing exposure of damaging chemicals and saving valuable labour time.

[Read: Beyond the poverty of poverty reduction: the case of cotton]

But Bt cotton hasn’t been a blessing for everyone.

The inferior lint quality of Bt cotton has caused severe economic losses for Burkinabè cotton companies. This has prompted a complete phase out of all Bt cotton production over the next two years. Company officials and Monsanto representatives cite two problems with lint quality.

2) Even though cotton yields are up, the amount machines are able to extract from the picked cotton has diminished. In other words, Bt cotton produces both less cotton lint, and lint of an inferior quality.

Inferior lint quality is not a big deterrent for farmers, who sell their cotton at a guaranteed price to the cotton companies. But it is a critical issue for the companies themselves. The combination of shorter staples and lower lint quantities substantially undermines profits.

These cotton companies also control the provision of seeds and inputs to farmers and were able to unilaterally phase out Bt cotton. This is much to the dismay of many Bt cotton farmers.

The story of Bt cotton in Burkina Faso underlines the complex nature of debates around the potential for GM crops to help poor farmers. In this case the technology does what it is supposed to do: confers pest resistance, reduces pesticide use and increases yield. Many farmers like it, and want more of it.

But an unexplained impact on staple length means the cotton companies are shifting away from this technology. This technical hurdle will need to be overcome for Bt cotton to continue as a success story in Burkina Faso.

Burkina Faso’s reversal on GM cotton also raises some worrying questions for the future of GM crops on the continent. Will different GM crops also have unintended and detrimental consequences? Can the institutions and companies in charge of their development be trusted to transparently show both the pros and cons to their adoption?

The Burkina Faso case demonstrates the perils of such a narrow, trait specific approach to addressing agricultural development. Sometimes focusing on a single trait – in this case pest resistance – can have unintended and harmful consequences for other important traits – in this case, cotton quality.

At Davos, Gates said: “Africans I think will choose to let their people have enough to eat.”

This suggested that the advance of GM crops across the continent is inevitable. However, after several years of producing GM crops, Burkina Faso looks ready to abandon this technology.