Not much magic: Nigeria’s Buhari completes his first year in office

After a mixed start, the hope and goodwill on which Buhari was elected a year ago is starting to run low 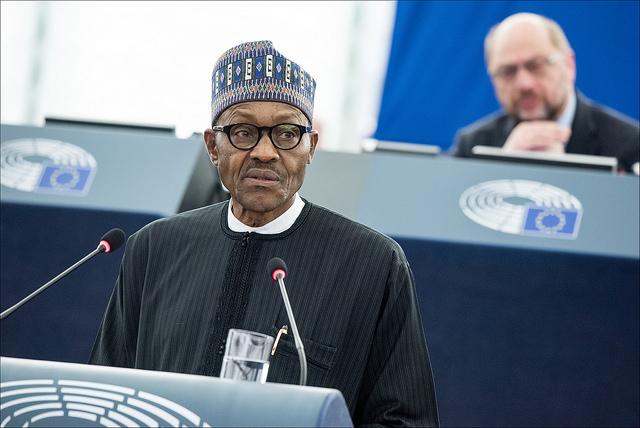 One year after Muhammadu Buhari broke the Peoples Democratic Party’s (PDP) 16-year reign and became the first person to defeat an incumbent president at the ballot box, he is still trying to find his feet. The wild chants and jubilation that greeted his inauguration on 29 May 2015 have now died down, and the first-year performance of ‘baba go slow’ – a nickname Buhari picked up thanks to the lethargic pace at which he has sometimes operated –has received mixed reviews.

Of course, one year is not a long time to try to impose change in Africa’s most populous nation and largest economy, but it is perhaps soon enough to assess his early successes and failures. So how has he fared on the main fronts of the economy, security and corruption?

Economy: a broken inheritance and no vision to fix it

Nigeria is currently beset by an economic crisis largely thanks to the collapse in oil prices from around $100 in 2014, down to $50 today. Years of dependency on petroleum exports, which account for 98% of foreign earnings and more than two-thirds of government funding, is coming back to haunt the country. Inflation has hit a four-year high of 12.8%, the price of basic goods has skyrocketed, and the IMF forecasts economic growth at just 2.3% in 2016, its slowest pace in nearly two decades.

Calls for the devaluation of the naira have been resisted, with the Central Bank of Nigeria preferring to tighten the currency and foreign exchange controls with the tacit approval of the presidency. This policy has further weakened the naira and put increased strain on local and foreign businesses who have struggled to foot the bill for their imports. Meanwhile, the much delayed assent of the 2016 budget has compounded the country’s economic problems with its signing taking place almost half way into the year.

“After a year in office, Buhari still has not articulated a vision for streamlining the government and transforming it from an inept, corrupt obstacle to economic growth”, says Mathew Page, International Affairs Fellow at The Council on Foreign Relations. “Although he inherited an economy debilitated by rampant government corruption and declining oil prices, his statist and protectionist strategy to address the crisis does not appear to be working.”

Security: progress on one front, but new ones open up

Key amongst Buhari’s campaign promises was the tackling of rampant insecurity with the pledge to challenge the Islamist militant group Boko Haram “head on”.

On this front, the Buhari administration has reinvigorated the armed forces and overhauled all service chiefs. Recent offensives have greatly weakened the militants and large swathes of territory have been recaptured. Boko Haram now largely operates from a small area within Borno state and has been resigned to attacking soft targets using suicide bombers, a deadly yet defeatist tactic.

This has been one of Buhari’s successes. But with one door seemingly closing, more may have opened.

The resurgence of Niger Delta militancy, for instance, has put the government on the back foot with a new group calling itself the Niger Delta Avengers (NDA) adopting the same tactics as its predecessors, accusing the government of continually neglecting the region.  The NDA has sabotaged various oil installations in recent months, with major companies including Royal Dutch Shell, Agip and Chevron having their pipelines destroyed. This has forced oil production down from 2.2 million barrels a day to 1.1 million, a 50% drop in output costing the government hundreds of millions of dollars in lost revenue.

In the south west and south east, attacks by Fulani herdsman on farmers and locals over grazing lands in the last year have led to the loss of more than 2,000 lives and is seen a major threat to security. Meanwhile, the continued agitation of the separatist Biafra movement suggests that further instability under Buhari is likely.

Fighting corruption: a work in progress

Nigeria is estimated to have lost upwards of$400 billion to corruption since gaining independence from the UK in 1960, and since assuming office Buhari has breathed new life into the fight against graft with the previously toothless Economic and Financial Crimes Commission (EFCC) pursuing cases with renewed vigour.

The arraignment of former National Security Advisor (NSA) Sambo Dasuki as well as various former ministers, senior military chiefs and government officials signals a distinct change from the past, though the opposition PDP has accused Buhari of using the EFCC to settle political scores.

Buhari has also taken his anti-corruption fight abroad in recent months, visiting the United Arab Emirates, US and UK with the aim of building diplomatic bridges to facilitate the repatriation of an estimated $150 billion of stolen funds stashed in foreign accounts. The president has further created a Presidential Advisory Committee on Anti-Corruption to advise him on tackling graft and reforming the legal system, which is seen as a major bottleneck to successful convictions.

However, several serious cases, including an unremitted $20 billion worth of oil proceeds and the petroleum subsidy fraud, are yet to receive the full attention of the Buhari administration. The war on corruption is promising, but remains a work in progress.

The long road ahead

In his first year, Buhari has faced a number of challenges that have been out of his hands. His supporters are not necessarily wrong when they blame the president’s predecessor for ongoing and systemic problems that the new president inherited, while low global oil prices have also dealt the new president a very tough hand.

However, he has also been dealt some good fortune, particularly on the political front. The various groups that merged to form the ruling All Progressives Congress have so far remained united and behind Buhari, with the independent and ambitious Senate President Bukola Saraki perhaps the only real cause for concern. Meanwhile, the fact that the opposition PDP is still reeling from its election defeat has allowed Buhari greater space to run the government without much challenge. “Buhari has been able to capitalise on the lack of an organised cohesive opposition,” says Sola Tayo, Associate Fellow, Africa Programme at the think tank, Chatham House.

Nevertheless, the first year of Buhari’s presidency has disappointed in terms of direction and tangible results overall. And on this, the president must take responsibility for the delay in key appointments – his ministers were only put in place six months into his tenure – which has severely limited the time in which his government has had to perform and for the delays in approving the 2016 budget which was only passed last month.

Realistically, Buhari now has two more years to implement his plans, since the final year of his tenure will likely be consumed by politicking ahead of the 2019 elections. If his first term is to be a success, he will need to improve on his first year’s showing. A coherent economic policy needs to be fashioned to stave off possible economic recession and tackle growing unemployment. Power generation, now at record lows, will have to be appreciably addressed along with the unpopular rise in fuel prices if national development is to progress. Furthermore, Buhari will need to draw upon all his skills as a former military general and political operator if he is to continue to squeeze Boko Haram whilst containing mounting insecurity elsewhere.

In a recent interview, Femi Adesina, Special Advisor to the president on media and publicity, exclaimed that “The president cannot perform magic”. He has proven that in his first year, but after an uninspiring start, Buhari will have to conjure up something special soon if he is to avoid squandering the goodwill and hope that brought him to power.