The challenge facing the African Heads of State and Government as they meet in Kigali this week is not whether but how to act in South Sudan. 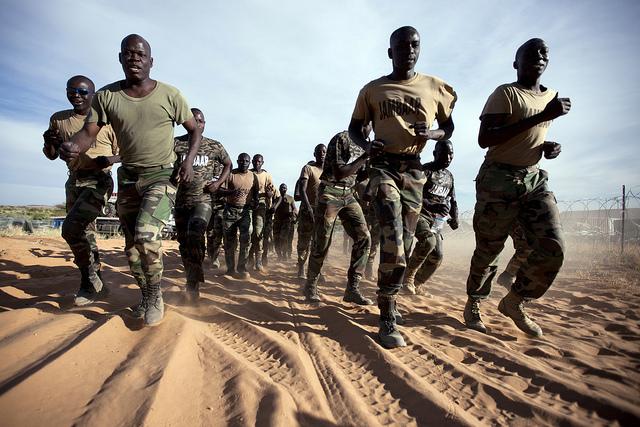 When the security arrangements of South Sudan’s fragile peace agreement collapsed last week, fighting returned and attacks on civilians and UN peacekeepers ensued. This presents an enormous and difficult challenge, but one to which the African Union (AU) must respond and can respond – if the necessary political decisions are taken.

In August of last year, the Agreement on the Resolution of the Conflict in South Sudan was pressed on a reluctant President Salva Kiir and his rival First Vice-President Riek Machar. Its fatal flaw, however, was that it restored South Sudan to precisely the same state of political rivalry between armed contenders that had existed before the war erupted in December 2013 – and which was the cause of that war.

Under the terms of the pact, the troops of the ruling Sudan People’s Liberation Army (SPLA) were joined in the capital Juba by those of the SPLA-In-Opposition despite the fact that the two remained unreconciled and deeply distrustful of each other. It was an explosion waiting to happen.

Last week it did happen, and since last Friday there has been intense fighting between the rival factions, including attacks on civilians in towns and cities throughout the country. Government forces have shelled the Protection of Civilians sites within UN bases, probably because they suspect opposition fighters are taking refuge there. Tens of thousands of civilians have fled to churches, UN bases and anywhere they hope they can find safety, joining the 200,000 or so driven from their homes in the previous two and a half years. And South Sudanese soldiers have attacked peacekeepers, leading to the deaths of two Chinese soldiers serving under the UN flag.

On 10 July, the UN Security Council called for African countries to prepare additional troops for deployment in South Sudan, should they be required. The Inter-Governmental Authority on Development (IGAD) Council of Ministers met the following day and called for an African intervention brigade with a mandate to secure Juba and also called for the revision of the UN Mission in the Republic of South Sudan’s (UNMISS) mandate.  The AU Peace and Security Council also met and put the crisis at the top of the agenda for the forthcoming African summit meeting in Kigali, Rwanda, later this week.

The site of this upcoming summit is deeply symbolic. 22 years ago, genocide was perpetrated in Rwanda, and UN troops abandoned the country, including letting thousands of trapped civilians face certain death at the hands of the murderous Interahamwe militia. This failure sparked transformative changes in how African nations would envision their role and empower themselves to act in the name of collective security, culminating in the creation of the African Union in 2002.

In Article 4(h) of its Constitutive Act, African leaders endowed the AU with the right to intervene in a country in the case of genocide, crimes against humanity or war crimes – a principle known as ‘non-indifference’. According to the AU Commission of Investigation into South Sudan, chaired by former Nigerian President Olusegun Obasanjo and whose report was released in October 2015, crimes against humanity and war crimes were committed in South Sudan by both warring parties in the conflict that broke out in December 2013. There is every reason to fear the renewed conflict is already resulting in similar crimes.

The African Peace and Security Architecture, established painstakingly over the last 14 years, includes an intervention mechanism – the African Standby Force – for precisely the kind of urgent peace support operation needed in South Sudan today. And at the last AU summit in January, the Standby Force was declared operational.

Furthermore, the African Union has a particular responsibility in South Sudan. In line with the August peace agreement, the AU is responsible for the Joint Monitoring and Evaluation Commission, chaired by former Botswanan President Festus Mogae. It is clear that, despite his efforts, the current formula that entrusts the country’s political leaders with implementation of the agreement and the security of South Sudan’s citizens is no longer viable.

Salva Kiir and Riek Machar are calling for calm in South Sudan despite the reality that the control they have over their supporters seems to be diminished. But if they are serious about this appeal, they should be asked formally to endorse the need for an intervention force to be deployed speedily.

Thereafter, the AU should implement its own proposals for a legal process to bring to court those – on all sides – who perpetrated war crimes and crimes against humanity against the people of South Sudan. These men should have no place in the future of a country whose people they have so grievously betrayed.

The challenge facing the African Heads of State and Government as they meet in Kigali is not whether but how to act in South Sudan. Africa’s leaders have the authority and means to act to protect the lives of tens of thousands of South Sudanese people and prevent the nation from descending into war, atrocity and famine.

Mulugeta Gebrehiwot is director of the African Peace Missions Program at the World Peace Foundation whose report on African peace missions, African Politics, African Peace, is released next week.

Everything you need to know about São ...