Photo of the Week: Morocco’s goats that grow on trees 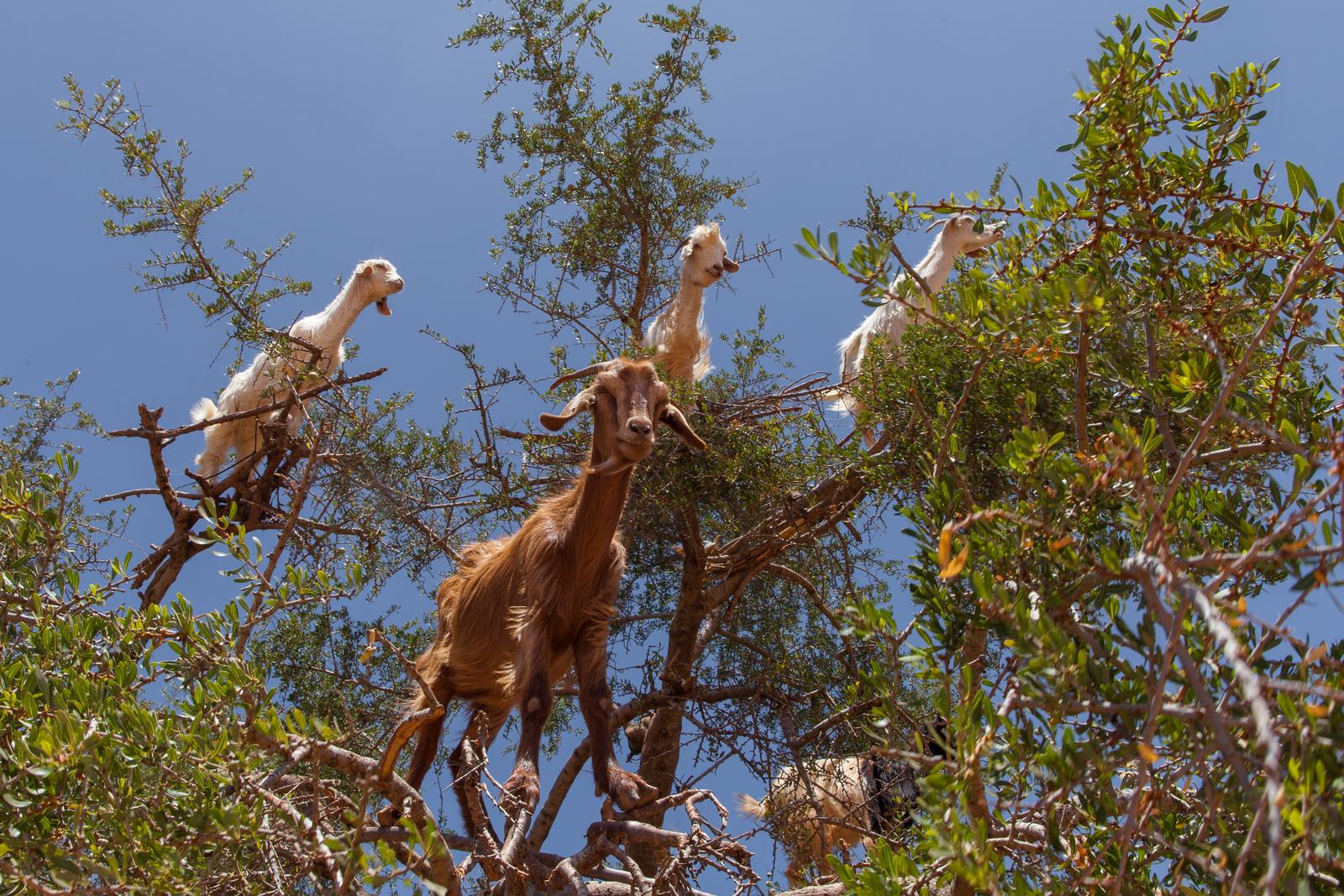 We all know goats are baaaadass, but some are more so than others. In southwestern Morocco, the goats are so badass that they perch nonchalantly on the branches of argan trees, sometimes up to 10 metres high.

They’re not just there to kid around. In this region, rainfall and food is scarce, meaning the goats climb the branches to get sustenance. The argan trees produce a fruit that the goats feast on.

The goats cannot ingest the large seeds of this fruit, but that also happens to be a blessing. The intact seeds are collected and processed to make argan oil, the most expensive edible oil in the world and an ingredient in luxurious beauty products.

It was previously believed that the goats pooed out the seeds, but in a critical May 2017 study, scientists found that they actually probably spit out the seeds. This finding is not only scientifically significant. It is also nice for rich consumers who no longer need to think the oil they’re eating or rubbing on their faces once came out of a Moroccan goat’s anus.

The photo above is by twin-loc.fr. The one below is by yellow magpie: