Despite government claims that Burundi is safe, refugees say they will only consider returning under three conditions. 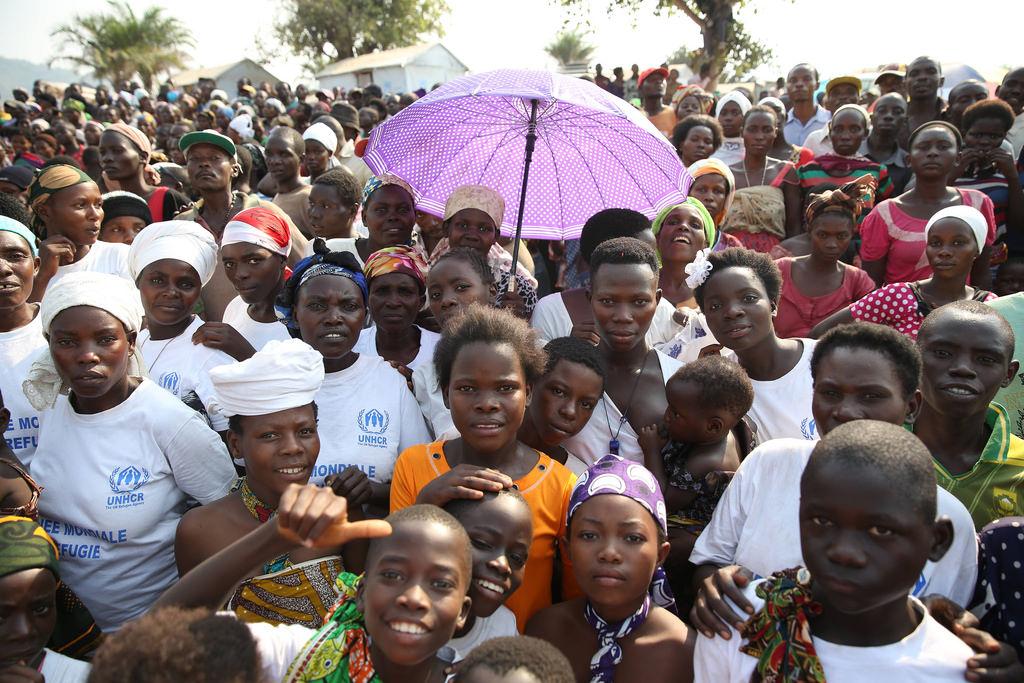 Burundian refugees at a camp in the Democratic Republic of Congo. MONUSCO / Abel Kavanagh.

On 20 July, President Pierre Nkurunziza left Burundi for the first time since his 2015 bid for a third presidential term plunged the country into crisis. On his visit to Tanzania, he urged Burundian refugees to come home, insisting the country is now at peace.

Despite Nkurunziza’s reassurances, however, Burundians continue to flee the country. Since April 2015, hundreds of people have been killed and more than 415,000 have crossed the borders. Most have ended up in Tanzania, which hosts more than 250,000 refugees, while others have sought asylum in Rwanda, the Democratic Republic of Congo (DRC) and Uganda.

While there is less open violence now, new arrivals seem to outnumber those returning to Burundi. Those who flee tend to cite repression and violence as the primary reasons.

Henri*, 27, arrived in Uganda this April. “I left Burundi because of the security situation,”, he told International Refugee Rights Initiative (IRRI). “I was apolitical, but the Imbonerakure [the youth wing of the ruling party] forced me to become a member of the [ruling] CNDD-FDD. Some of my friends were arrested and killed when they refused to join.”

Others explain that not being a member of the CNDD-FDD is considered a “sin” or “crime” and often triggers abuses. IRRI recorded terrible stories of torture and rape by the Imbonerakure and of disappearances and executions of refugees’ family members.

This youth militia reportedly controls public life in the countryside and terrorises members of the opposition as well as those considered too critical or who refuse to join the party. Police and intelligence officers allegedly take part in such abuses or, at a minimum, turn a blind eye.

“The Imbonerakure are stronger than the police,” said Henri. “They can lock you up and torture you.”

Contrary to the government’s claims, testimony collected by IRRI and other organisations such as the UN suggests that Burundi continues to face systemic human rights violations. This includes executions, enforced disappearances, sexual violence and torture.

The political crisis has also had economic consequences such as soaring unemployment and inflation. “Life has become worse. We don’t have money to buy what our family needs. It is difficult to continue living,” said Paul, a 22-year-old farmer. However, economic pushes to leave Burundi always accompanied fears over security and abuses.

Most Burundian refugees have fled to neighbouring Tanzania, Rwanda or DRC. But some have moved on to Uganda after hearing that it is more secure and welcoming.

“I was afraid to request asylum in Tanzania,” said Louise, a 24-year-old farmer and mother of two. “It’s difficult in Tanzania for Burundian refugees. The population doesn’t like us.” Others who decided to move on from Tanzania cited insufficient legal protection, security concerns, harsh humanitarian conditions, and difficult relations with the host community.

Last month, President John Magufuli reportedly suspended the registration and naturalisation of Burundian refugees temporarily, but promised not to expel them. In the past, Tanzania has been suspected of forcibly returning Burundians.

In fact, Tanzania, Uganda and Rwanda have all recently alluded to returning refugees to Burundi. This prompted the UN Security Council, in a statement earlier this month, to call on governments in the region “to respect their international obligations relating to the status of refugees, and to ensure that their return is voluntary, based on informed decisions and in safety and dignity”.

Regional governments and international bodies have helped cater for Burundians in refugee camps despite a serious lack of funds. But they have so far been ineffective in addressing the reasons people have to go into exile in the first place.

Attempts to send an African Union peacekeeping mission, a limited UN police force or monitors to Burundi have all been neutralised by a combination of Burundian intransigence and international disagreement.

International actors continue to put their weight behind mediation efforts by the East African Community. This effort is being led by former Tanzanian president Benjamin Mkapa and supported by newly-appointed UN envoy Michael Kafando. But it has yet to yield any results.

This has led Burundian refugees in Uganda to lose faith in the promised dialogue. “All Burundian politicians are dishonest,” said Olivier, a demobilised rebel, expressing widely-shared feelings of disappointment in the political elite.

These disappointments are most strongly felt by those who have fled their homes more than once. Jean was just eight years old in 1972 when genocidal violence forced him to escape Burundi. “When I returned from Tanzania, even though it was through forced repatriation, I was happy. The leaders had changed,” he said. “But when I was back in Burundi, I saw that this government also ill-treats people.”

Burundi has experienced several episodes of violence, each with its own wave of displacements. In fact, several current leaders in government are former refugees themselves. They were only able to return after adversaries agreed a peace deal, mediated by regional actors and guaranteed by UN peacekeepers – all of which they currently obstruct.

While the government today insists Burundi is safe, the refugees we spoke to say they will only consider returning under three preconditions: disarmament of the Imbonerakure; serious accountability for human rights violations; and political change.

[Burundi 2020: Is President Nkurunziza already at it again?]

Unfortunately, the prospects for all three look far off. The government shows no willingness to implement necessary reforms and is not being seriously pressed to do so by a divided international community. Moreover, all three of these issues were noticeably absent from the recent UN Security Council statement. There was no mention of the youth militia, the preliminary investigation by the International Criminal Court, or of the ruling party’s apparent plans to change to the constitution to allow Nkurunziza to stand for a fourth mandate in 2020.

From packed refugee camps across the country’s borders, it seems that Burundians are on their own.

*names changed. On 24 August 2017, International Refugee Rights Initiative published a report on causes of exile of Burundian asylum seekers, based on research in Uganda.