An open letter to Sauti Sol, as you perform in my beloved Burundi

I want to believe you don’t know about the crimes against humanity committed by the authorities with whom you dine. But I find it difficult. 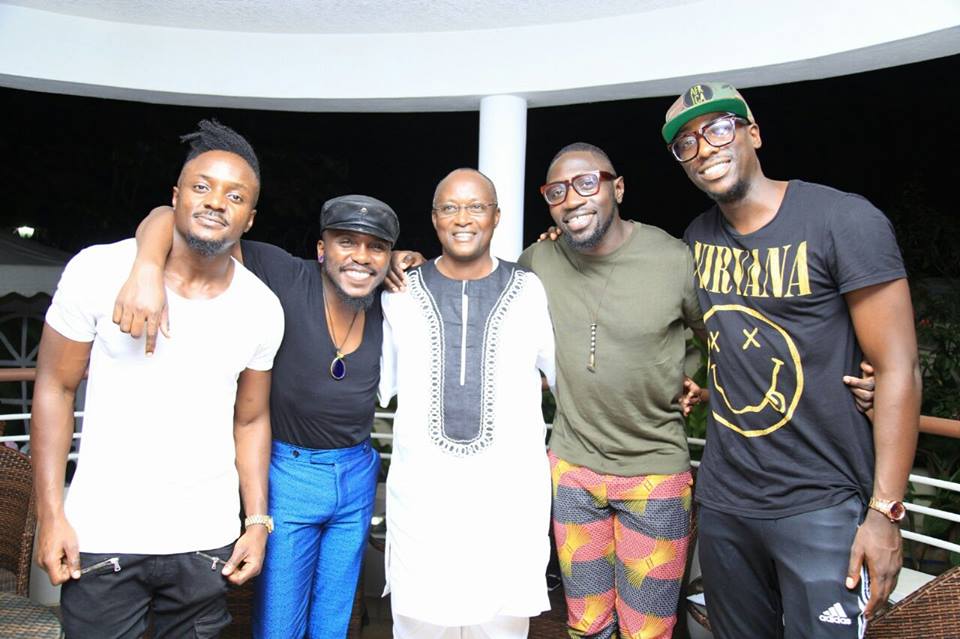 I am one of your biggest fans. Your music gives me life (particularly on chilly Saturday mornings) and like you, I too swore to “live and die” in Africa. Although I spent a number of years outside of my beautiful country Burundi (many of them in your magical Kenya), my most cherished dream for as long as I could remember was to live, build a life and rest my bones on my beloved land. It is a stunning place. I like to imagine that after God created the world, He gathered a few soft green plants, made himself a little pillow to rest His sleepy head and called it Burundi. The green land of softness and beauty.

I cannot begin to describe my complete shock and dismay as I watch you dine with representatives of the same government that has turned me and 500,000 others into refugees. Watching you prepare to perform in my hometown, where so many of us can no longer set foot for fear of torture, rape and death at the hands of the current authorities, feels like a bitter betrayal indeed. For many of us who adore your music and the beautiful vibe it brings us, it is difficult to reconcile what you represent to us − a vibrant, youthful, bright Africa − with your concert in Bujumbura today.

As an artist myself, I understand the need and ambition to connect with new and diverse audiences, particularly on our continent. What I fail to understand is when this connection happens at the expense of our moral integrity. Artists have always carried the voices of the voiceless, often standing at the forefront of movements for the full emancipation of our people. Chinua Achebe said it best: “An artist, in my understanding of the word, should side with the people against the Emperor that oppresses his or her people”. Not all artists share this belief, but as a huge fan of yours I would have hoped that you would at the very least acknowledge and respect our people’s current ordeal.

I would like to believe that you were not informed about the gross human rights abuses and crimes against humanity being committed by the Burundian authorities with whom you dine today. I want to believe it. But I find it very difficult.

The crisis in Burundi, although mostly ignored by the regional media, has been widely covered over the past two years, and is well known across the continent. This very week, as you packed your bags to set foot on my gorgeous, bougainvillea-laced city, the United Nations Human Rights Council was convening, yet again, on Burundi. Last year, it established a commission of inquiry to investigate human rights abuses in the country.

Unlike you, the UN commission was never granted access to the country. It did its work nonetheless, interviewing hundreds of refugees across the region, and gathered monumental evidence, concluding that crimes against humanity were indeed perpetrated and continue to be perpetrated by state agents. Probably the same ones you may have seen on the “peaceful” streets of Bujumbura.

I am writing to you in the name of the thousands of young, bright, and passionate Burundians who walked the same streets you are walking today. They were hopeful for a country that would allow them to fulfill their dreams, but instead were brutally shot for daring to express themselves. The authorities you greet so heartily today called them terrorists, while they walked peacefully, their bare hands held up in the bullet-filled sky.

Many of them shed their blood on those streets. Others lost their limbs and any sense of hope. Most were hunted daily in their homes, until fear chased them into exile. They were journalists, engineers, entrepreneurs, taxi-moto drivers, future doctors, kiosk owners. They were the future and fabric of Burundi. Today, the lucky ones are scattered across East Africa, in urban centers and refugee camps, reduced to a meager meal per day, often less.

As one of the most recognised music groups on our continent today, your actions speak loudly and resonate widely. I cannot understand what would make you want to perform under a leadership that so blatantly oppresses its people.

Despots have always sought international artists to perform in their ruthless republics, but it breaks my heart to see you compromise yourself to this extent. I am not certain you understand that your performance legitimises the regime and serves its public relations goal of portraying Burundi as a “peaceful” and “fun” destination, in the midst of the most cruel and inhuman human rights abuses.

Again, I want to believe that you are not fully aware of the impact of your performance. But as artists, it is also your role to keep abreast with our people’s struggles, to exercise critical thinking, and to ask questions. If not, we run the risk of being used as a rubber stamp by our image-conscious dictators.  If you have further doubts on this, ask yourself why a vice-president would personally welcome you on the steps of your aircraft, a treatment usually reserved for dignitaries of the same rank.

Across the continent, a new Africa is rising, mobilising, organising and standing for a new continent, which honors us all. Togo is protesting, bracing an all too familiar story of tear gas and water canons. Before, it was the Democratic Republic of Congo, the Republic of Congo and Uganda. South African youths are demanding dignity and equality in their education and governance structures. We just rooted for you in Kenya as you peacefully stood for just and transparent elections. The Gambia finally ousted its long-term dictator, and Cameroon is painfully trying to do the same. Everywhere you turn, young Africans are standing up for peace, justice and freedom.

I hope you can stand with us on the right side of this wave.

Throughout history, artists have used their power around the world to boycott institutions that violate the rights of the people.

I am not asking you to make a “political” statement. I am asking you to reconsider the decency of your position, and make a fully informed and just decision.

As you prepare to perform, take a minute to think of half a million people who wish they could be home, but cannot. Think of our own musicians, such as the massively popular “Lion’s Story” who wish they could perform on their soil too, but have become targets of the current regime, have been murdered or are forced to live the unforgiving life in exile for speaking the truth. Think of what your performance says and represents to them.

Dear brothers, I urge you to visit our youths in refugee camps in Tanzania, Uganda, Rwanda, the DRC, and your own country, Kenya. Listen to their stories, taste the salt in their tears. Perhaps organise a benefit concert on their behalf. Dining and performing for their oppressors is a cruel slap in their face, and in the faces of the indignities they continue to endure. I do not presume that this is your intention, but it is the reality. You may have assumed to be neutral, but there is no such thing as neutrality in an unjust situation.

I pray that you look beyond the bling and join us in refusing to support oppression wherever it occurs. Africa deserves better and so does Burundi.

You can read Sauti Sol’s response in the comments below, and read Roland Rugero’s open letter back to Ketty Nivyabandi here: Burundi today, like yesterday, needs Sauti Sol.