If the youth of Burundi are deprived of the opportunity to sing together for hope, where then should they go? 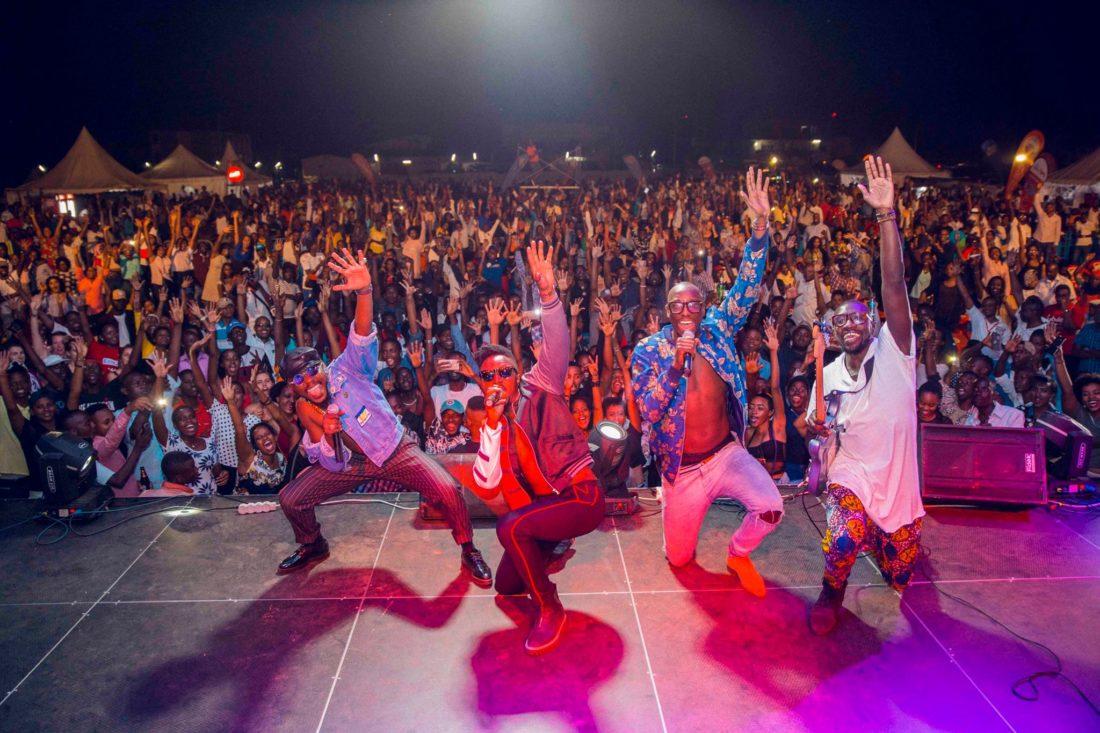 Dear Ketty, I read with consternation your open letter to Sauti Sol not to perform in Burundi to prevent the government from taking advantage of the famous Kenyan band to legitimise their power.

[An open letter to Sauti Sol, as you perform in my beloved Burundi]

Your narrative, which was very refined as usual, first reminded me of the harsh condition of being a refugee. Like you, I also fled Burundi twice: in October 1993, and then four months later when there was a genocide in Rwanda while our native country lost its second president over Kanombe Airport.

I spent five years in total as mkimbizi (“refugee” in Kiswahili) in Rwanda and Tanzania. In those days, we were fleeing from Bujumbura and the fury of hatred that had once again wracked our country. The macabre cycle kept looping back: I’m afraid of you, so I kill you; your people kill mine for revenge; and then we kill each other until…

So I, too, would sit on the cliffs of Mujimwema in Kigoma, staring at the undulating blue waters of Lake Tanganyika looking northward and cursing the rare, joyful news that reached us from Burundi. How could one still marry in a country where people were killed by adorning their necks with a burning tire or by machete? How was it possible to listen to 2Pac while in Bujumbura Rural displaced people were being rounded up and sent to death camps? How were there still dance gatherings while young people were being massacred? At that time, we did not have blogs or Facebook to proclaim our anger to the Universe.

Our brothers and sisters experienced this repulsion and the silence of the world after 1988. As did our parents after 1972 in refugee camps in Rwanda, Tanzania, in Mobutu’s country or in exile in Brussels.

This is one of the hard conditions of exile in Burundi as elsewhere, today as always. Any news that comes to blame, discredit or expose the evil or failures of those in power is celebrated. It is no longer even newsworthy. It is the truth. Conversely, any news likely to bring a little colour to the life of the country that we fled is rejected. Lest it reveal a little humanity on the part of the oppressor.

So your request that Sauti Sol refrain from performing in Burundi for fear Bujumbura will take advantage of it seemed understandable to me at first. Those who had fled Burundi in 1993 were suffocating with anger upon hearing that Kidum, the son of Kinama, was performing in 1999 for peace in Bujumbura at the invitation of President Buyoya.

But dear elder sister, another characteristic of exile is that all information about the motherland is distorted by the physical and emotional distance created between you and the native land.

So I will tell you briefly what I saw Friday before last, at Sauti Sol’s concert.

In the first place, there were many teenagers, some who came with their parents, others who had been dropped off , and those who had sneaked out to see the four Kenyans with their own eyes. In addition to Burundian, Kenyan and Chinese officials, there were even expatriates who did not want to show off by purchasing VIP tickets, but preferred to pay 10,000 BFI ($6) as everyone else.

There were also many young city dwellers, some of whom I had glimpsed at the last gospel concert, Pamoja Festival. And there were other music lovers who knew how to imitate Bien-Aimé, Chimano, Savara and Otieno as much in Swahili as in English, while laughing with Farious in Kirundi.

In attendance were those who support the current government, those obliged to put up with it, those who do not give a damn if they can be left alone, and those who hate it more or less secretly. Yet we lifted our hands together in singing Nerea with Sauti Sol. We sang to clear our minds or because we like the band or because it is always good to discover new things.

That is the beauty of art, and you know it, dear poet: it unites.

But your request for Sauti Sol not to sing for us in Burundi divides.

It draws a line between the Burundians who remain inside the country, guilty of remaining with the one whom you define as the oppressor, and those outside, the victims. So Sauti Sol should not have performed just in Bujumbura: the morality that you ask them to follow invites them to go to Mahama, Nyarugusu, Kamanyola, and Nakivale.

Dear elder sister, there are no Burundians from within and those from outside. We are all sons of the same Man, as we say in Kirundi. Wherever we are, we are condemned to live together, whether we like it or not, whether our leaders understand it or not.

Sincerely, I expected you to invite Sauti Sol to perform in Bujumbura and in the refugee camps. In the face of the half-million refugees you mentioned, I did not expect you to deny the ten million Burundians in the country the potential joy of listening to Kuliko jana, even if the financial means of the overwhelming majority did not allow them to attend.

All those who stayed in Burundi are not there because they adore power. Far from it. We are here, above all, because circumstances make us prefer to remain in Burundi. We are fully aware that politicians will always want to divert every person’s presence and every image in their favour. This is part of their job, in Burundi as in Canada. But we will stay in the country, and if Sauti Sol comes back again and we can afford the ticket and transport, we will sing Africa again.

Because in our world, there are enough things that divide and few that unite. You mention the crimes against humanity committed in Burundi since 2015 and revealed by the investigations of UN Experts. It is a commendable path to look for accountability when facing human rights crimes. If you were to come back and walk through the streets you describe in your letter, you would see in the gaze of orphans – of 1965, 1972, 1984, 1988, 1993, 1996, 2000, 2010 – so many other questions about exclusion, tortures, death, broken dreams.

It is not only half a million refugees who need justice in Burundi. There are ten or eleven million Burundians who would demand justice, if most had not admitted that justice no longer exists on Earth.

Because Burundi is sick of its history. And it is not the International Criminal Court that will cure the country. It will divide it more. But that’s another chapter, of little importance here.

Burundi is sick of its history. From exclusion. From “or”. I know you as a poet, a mother. It was you who introduced me to Ngugi wa Thiong’o and Cheikh-Anta Diop. Let us sing the “and” with Sauti Sol for one night.

It is true that young people across Africa are forcing their leaders to rethink their practice of power. But this is not a new trend: Rwagasore was 29 years old when he was assassinated for standing for our Independence. On our continent and elsewhere, young people have always been able to bring a breath of fresh air to their countries by first being able to unite.

And however humanist the breath of our letters or our marches are, it is impossible to unite if we exclude some under the guise of ensuring the rights of others.

History is demanding, hideous, and its splashes over all our daily lives, often without our knowledge. For Burundi, it did not start with 2015.

That is why, today as yesterday, inside and outside, Burundi needs the Sauti Sols and Kidums of this world. In Nerea, our Kenyan brothers sing: “Let this baby live, maybe in the future it will be Mandela, Nyerere, Lupita…”

In a country as poor and beautiful as Burundi, if you deny young people the rare opportunity to sing together for hope, where, then, should they go?

Roland Rugero is a Burundian writer and journalist.