Tanzania claims to have abundant unused land to attract investors. But as tensions over resources grow, farmers, pastoralists and experts beg to differ. 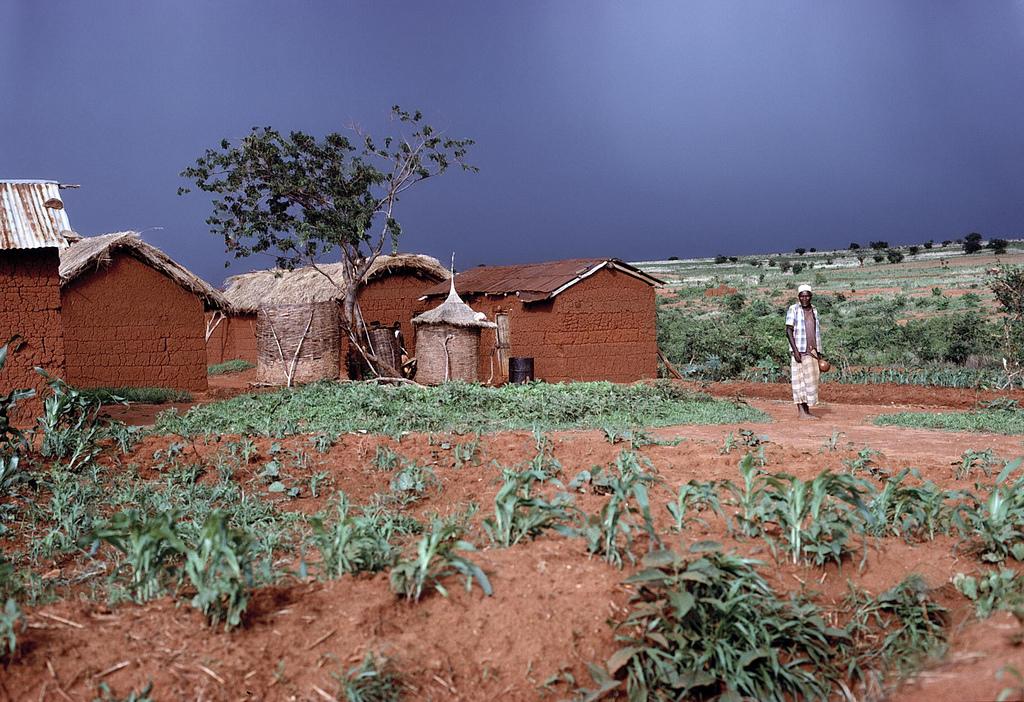 By the side of a road near Morogoro, Stanley and his friends stand next to their large buckets of tomatoes as cars whizz past. Wearing sideways baseball caps, sunglasses and low-slung jeans, the young men look like a hip hop group as they wait expectantly for customers.

Their offer should be an enticing one. A whole pail of tomatoes for just a couple of dollars – less than half the usual price. But everyone here has had to slash their prices. Tomatoes are in abundant supply.

Stanley gestures around him at expanses of rich, fertile land. This has been cultivated by Tanzanians for generations, he explains, but much of it is now owned by large-scale commercial farms that use imported hybrid seeds and over-produce.

This is in eastern Tanzania, but a similar story is playing out in regions across the country where big agribusinesses have arrived on the scene. Many of their entrances to the country have been facilitated by an ambitious international initiative called the New Alliance for Food Security and Nutrition. Launched a few years ago, this scheme brings together governments, NGOs and corporations and promises to lift 50 million Africans out of poverty by 2022.

So far, however, Stanley is not one of them. “We don’t have any water in the village now,” he says, looking across a new expansive commercial farm. “It’s all being used for tomato production. The price of tomatoes is very weak because there’s overproduction and we’ve not got enough land.”

As he says this, several 4x4s race past throwing up dust clouds in their wake. Emblazoned on their sides are logos such as USAID, DAI, NORAID and YARA – all active players in the brave New Alliance that promises to transform the nation.

“There is no free land”

The New Alliance was launched in 2012 by the countries of the G7 in partnership with ten African countries. It champions the private sector as the key to transforming African agriculture. Scores of multinationals signed up to it, agreeing to help invest $8 billion in participating countries.

Tanzania is a particular focus of this grand project. In 2009, its government earmarked a third of the country, labelled The Southern Agricultural Growth Corridor of Tanzania (SAGCOT), for agricultural development. It hopes the New Alliance and the introduction of foreign corporations can help it raise productivity, which is well below its potential, and boost the economy across the area.

The organisations behind the project boast that Tanzania has 350,000 hectares of available land, which has been offered to investors for at sometimes less than $1 per hectare per year. Glowing reports point out that the country has “good soils, ample water resources, and access to both regional and international markets” and claim that “only 24% of arable land is currently under production”.

Foreign multinationals have thus been urged to invest and have been helped along by Western donor backing and favourable domestic policies designed to ease their access to land. The narrative is of a simple win-win, of land lying bare and idle finally being put to use in order to grow much-needed food, create jobs, and give a shot in the arm to the economy.

Yet the reality appears to be far less straightforward. Although they may not own titles to it, smallholder farmers and pastoralists have been using much of this land for centuries. They say that they have seen much of this property seized, leading to rising conflicts between the two groups over the land that remains.

“The clashes between pastoralists and farmers are a clear indicator that there is no free land available for SAGCOT, New Alliance or otherwise”, says Lusugga Kironde, a former government advisor who was commissioned by the World Bank in 2016 to write a report on land tenure. “If there was, we wouldn’t see these clashes. Our own farmers wouldn’t be moving into pastoralist land”.

Kironde’s concerns, which were not published, are echoed by land tenure professor Andrew Mollel. “We can clearly link these land conflicts to international investors,” he says. “In fact, when pastoralists get moved on or prevented from accessing land, they are told by local government that it’s because an investor has got the land now.”

Land rights lawyer Stanislaus Nyambea is more even succinct in questioning SAGCOT’s underlying claim. “At the moment you can’t just hand out available land,” he says. “There isn’t any”.

Driven from the land

Many allege that, in several cases therefore, the large plots offered to investors are actually taken from smallholder farmers who lack deeds or are not aware of their rights. Other times, huge expanses are carved off from land used by pastoralists.

This latter group has long been marginalised. As Fiona Flintan of the International Livestock Research Institute explains, “pastoralists around the world face insecurity in terms of tenure, access to land and resources upon which they depend”.

She says that these peoples’ way of life is threatened as the uncultivated land they rely on is converted for agricultural use. This often occurs on the back of government plans that treat land as an economic resource to be optimised.

“Pastoralist communities are among the most affected [by this ideology], reinforced by the widespread misconception that their productive system is economically inefficient,” says Paola De Meo, from the Hands Off The Land alliance and Terra Nuova.

Pastoralists have arguably had a particularly tough time in Tanzania. The government has repeatedly urged herders to settle, seeing no future for them in the country, and evicted several indigenous groups from their ancestral homes.

According to the International Working Group on Indigenous Affairs (IWGIA), authorities have utilised the police, security forces and even local militias or private security firms to remove pastoralists and often contravened the law in the process. In a 2016 report, the NGO reviewed several evictions and found that in all of them, the government did not inform or consult the groups prior to the action nor pay them any compensation.

“[We should] ensure that all those identified as having committed human rights violations or breaches of legal process are taken to courts and tried and sentenced, no matter what position they held/hold,” the authors urged.

“Why are we not protected?”

Now with SAGCOT and the New Alliance ramping up, these trends are intensifying. As Tanzania boasts of its supposedly unoccupied land and loosens its laws to attract foreign multinationals, pastoralist communities are under growing pressure. They are seeing their options for survival narrow, while the increasing scarcity of land has led long-standing tensions with farmers to become more desperate.

In the small village of Mnangai, pastoralists claim that they have been attacked, intimidated and had their homes set of fire recently, with incidents increasing over the past five years.

“Pastoralists are fighting smallholder farmers with guns, arrows, spears,” says Florence, an elder of the Parakuyio community. “Hundreds of people have been killed. Last year three people were killed by farmers, run over by cars deliberately. Women have been raped.”

Wrapped in a purple blanket and trying to contain her anger, Florence claims that the government is complicit. “They actively help and support the farmers,” she says. “The government always turn up when the farmers need them or ask for support, but they never turn up when we ask them.”

Like her young farming compatriot Stanley, Florence would like to see Tanzanians lifted out of poverty as the New Alliance promises to do. But so far, the effects of the international initiative on both their communities have been deeply destabilising. They feel abandoned by their government as land that has historically been theirs has found its way into the hands of multinationals.

“We own this land,” says Florence. “Why are we not protected?”

Representatives from SAGCOT, the New Alliance, USAID, EU, and DfID all declined to comment.