PoliticsZimbabwe
Home›African Arguments›Politics›Reigning men: Where are all the women in this new Zimbabwe?

Reigning men: Where are all the women in this new Zimbabwe?

In the top circles of both the ruling ZANU-PF and opposition MDC, women are now almost nowhere to be seen. 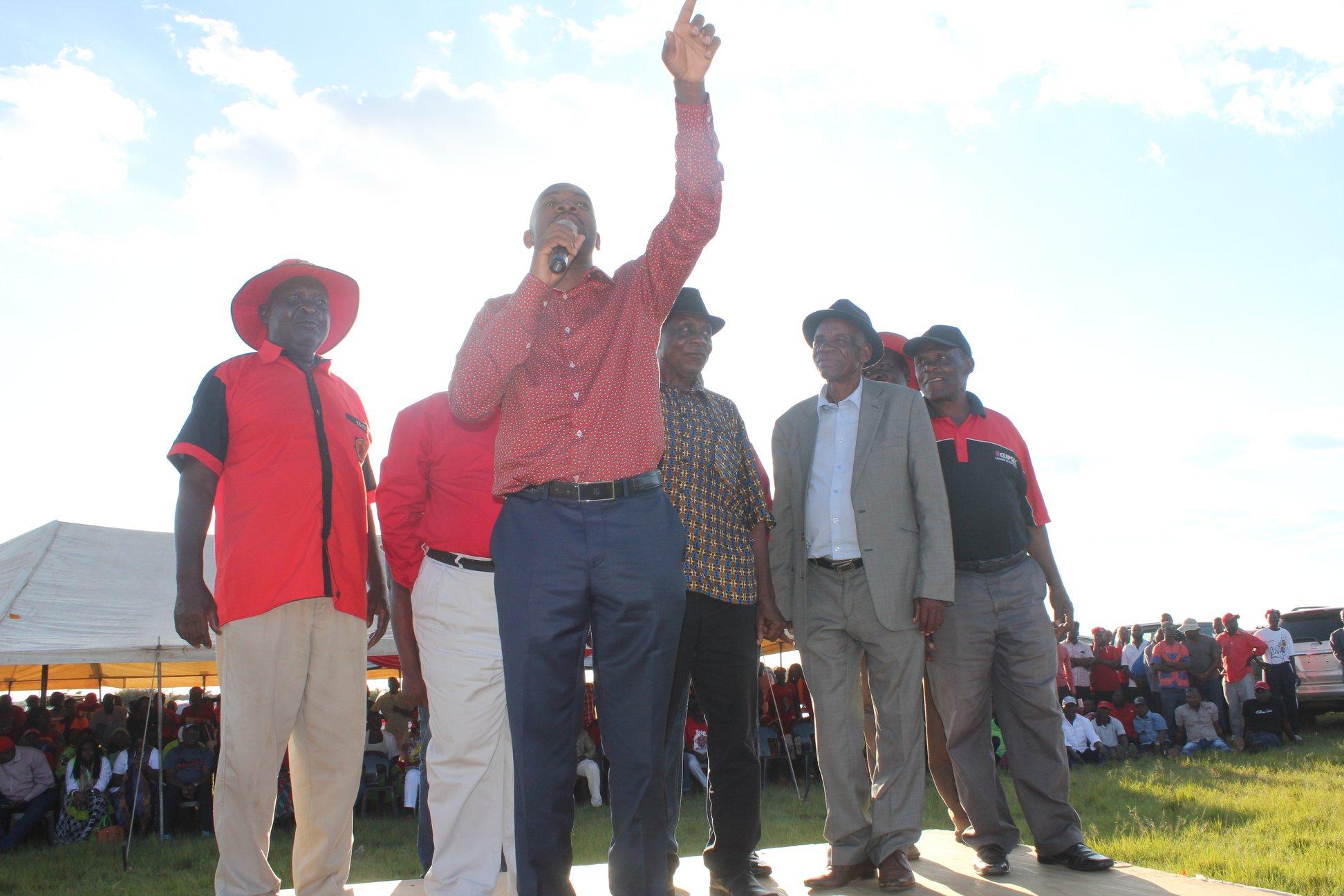 Nelson Chamisa, the new president of the MDC Alliance, at a recent rally. Credit: MDC Zimbabwe.

When President Emmerson Mnangagwa came to office last November, he vowed to usher in a fresh new era for Zimbabwe. Six months into his administration, the jury is still out on whether he has meaningfully broken with the past. But at least on one front, Zimbabwe today looks just like it did for much of former president Robert Mugabe’s 37 years of rule.

Despite provisions ensuring that “both genders are equally represented in all institutions and agencies of government at every level” in section 17 of Zimbabwe’s Constitution, women are still profoundly marginalised when it comes to positions of power. In President Mnangagwa’s new cabinet, just 3 of the 22 roles available were assigned to women. Moreover, following the recent party primaries, women will account for barely 10% of the ruling ZANU-PF’s candidates in the upcoming general elections.

At the same time, the most prominent women within the government in recent years have been cast away. Though not necessarily a champion for gender equality, Grace Mugabe was pushed out at the same time as her husband. Meanwhile, Joice Mujuru was expelled from ZANU-PF in 2014 after serving as Zimbabwe’s vice-president for a decade.

The gender balance in the opposition does not look any better. While trying position itself as the true party of progressive change, the Movement for Democratic Change (MDC) is similarly male-dominated. The party may be reaching out to Zimbabwe’s large young population by endorsing the 40-year-old Nelson Chamisa as its leader, but there are no similar efforts to include the half of Zimbabwe’s population made up of women.

The MDC’s patriarchal leadership and attitudes have also been on display recently. Following the political rally held by the MDC Alliance at White City Stadium in Bulawayo on 7 April, for example, all seven speakers who took the stage were men. Meanwhile, Chamisa has been heavily criticised in the last few days after a video emerged of him joking with supporters on a visit to the UK, saying: “If Mnangagwa wins 5% in a free election, I will give him my sister. I have a sister who just turned 18 and is looking for a husband.” When the author asked him about these comments after his appearance at Chatham House, he claimed they were taken out of the context, though he has since apologised publically.

Chamisa’s attitudes to gender were already viewed sceptically by some. He became president of the MDC this February after Morgan Tsvangirai passed away. It was legally debatable who should replace the long-time opposition leader, but Chamisa acted first in getting the party’s national council to appoint him acting president. In doing so, he outfoxed Thokozani Khupe, the MDC’s vice-president and leading female politician, who was then expelled from the party. Since then, the opposition has not corrected Khupe’s absence by appointing more women into its executive structures. This is worrying for an opposition party which claims to be progressive, but reflects the patriarchal nature of Zimbabwe’s political elite circles.

In Zimbabwe, women are broadly absent from positions of power. However, even when women do end up in influential roles, they come up against other engrained barriers.

Oftentimes, gendered issues in Zimbabwean politics are tokenised where women are seen as additives to the political struggles but never as active political agents. The inclusion of women is not seen as an obvious prerequisite to representative decision-making, but as a box to tick. The few women who do ascend to positions of influence tend to be unwilling or unable to champion a truly feminist agenda and pave the way for a more inclusive politics.

Women already in prominent positions are also always treated in the same reductive and limiting way. Every woman who progresses in politics is ultimately referred to as Amai (Shona for ‘mother’). This was the case with Mujuru, Khupe and even Grace Mugabe. This labelling reflects broader associations of women solely with stereotypes that reinforces women’s supposedly inherent nurturing qualities, and cements male-driven standards for what female politicians should be like. This further restricts the possibilities and roles available for women in power, while typically opening them up for closer scrutiny than their male counterparts.

The fight to be heard

When Mugabe left power after nearly four decades, Zimbabwe had an opportunity to reflect on the past and address it with all those groups of society who remained historically marginalised. Yet while attention may have been directed towards the economically-excluded and the country’s young people in this moment, women continue to be side-lined. Although Khupe and Mujuru may yet play an important role in the upcoming elections, women as a group along with active representation of feminist agendas are largely absent from the top levels of Zimbabwe’s politics.

Zimbabwe is of course not alone in this. Africa as a continent no longer has a single female head of state or government, and the world beyond is not faring much better. Nonetheless, as the country navigates a new chapter, it is clear that Zimbabweans who want to see a more equitable society will have to continue to struggle for it. They will have to ensure that gender is not excluded as Zimbabwe constructs the narrative of its post-Mugabe era. Demands must be made for gender reforms to be included alongside other changes. The upcoming elections provide the opportunity for voters to make these demands heard.

Mandipa Ndlovu is a Zimbabwean research analyst and academic. She is currently reading towards a MPhil in Justice and Transformation at the University of Cape Town, and a MSc in Violence, Conflict and Development at the School of Oriental and African Studies where she is a Mo Ibrahim Scholar. Her areas of interest include gender, transitional justice, conflict and intergenerational trauma and memory studies. Follow her on twitter at @Bongi_ndi.