Toxic masculinity and the spread of HIV in Uganda 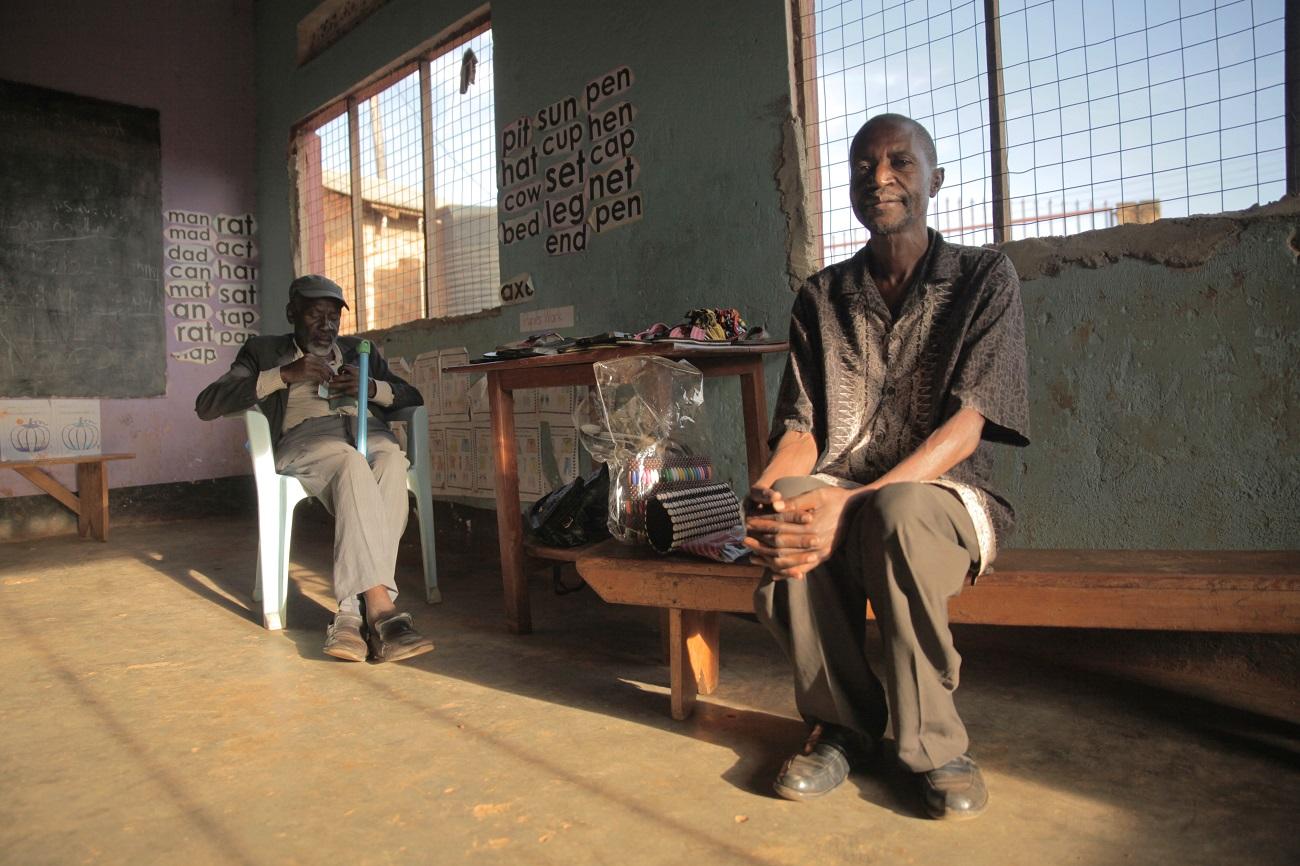 In an informal settlement in central Kampala, Yusuf Byaruhanga sits within the faded pastel walls of a school. With his walking stick resting next to his chair, the 63-year-old talks openly about the fact he is HIV-positive.

“Most men fear shame, stigma and discrimination, or losing their job, so they conceal their status,” he says. “Some don’t see the benefit of coming out as positive.”

Byaruhanga is part of a “positive living group” whose members support each other, share experiences and educate the wider community about HIV and sexual health. They have even started a small business together making and selling crafts.

This group is part of a movement in Uganda that has helped to destigmatise the disease, but even individuals like Byaruhanga still uphold some less-than-progressive views. Asked whether it is important to disclose one’s HIV-positive status to potential sexual partners so they can give informed consent, he brushes away the suggestion. “If a woman loves you, they will sleep with you regardless of your status,” he says. These kinds of attitudes are important. Although HIV rates continue to decrease in Uganda, it is still significantly more prevalent among women than men. According to a 2016-17 national survey, 7.6% of women are living with HIV compared to 4.7% of men. This disparity is particularly alarming among 15-24 years old for whom the disease is four times higher in females than males.

The reasons behind this disparity are complex, but largely boil down to different forms of gender inequality. This includes the ongoing adherence to traditional male gender roles in which men are expected to be dominant. It is perhaps telling, for example, that young women in Uganda who have experienced domestic violence by a partner are 50% more likely to have acquired HIV than women who have not.

Robert Wyrod, Associate Professor at the University of Colorado and author of AIDS and Masculinity in the African City, explains that traditional relationship dynamics also contribute to these inequalities.

“There is a sense that younger women are drawn to relationships with older men who can provide support…and those older men are much more likely to be HIV positive,” he says. “It becomes a vicious cycle of economic inequality plus gender inequality”.

Wyrod continues that women can also remain at risk even once they are married. “Men’s persistent sexual privileges mean that they often have other partners in marriage, normally secretly,” he says. “If women confront their husbands it can be disastrous for them – they can face violence. And so that slightly older bracket of women are also vulnerable to infection.”

Another member of the positive living group, Dorcus Ndagire, 45, contracted HIV when she was raped as a young woman. She was engaged to be married, but her church refused to marry her when it transpired that she was positive and her husband-to-be was negative. It would not have been an issue if it had been the other way around, but for her situation, she says, “the stigma was too much”.

Ndagire asserts that men in her community frequently leave their partners saying that they can no longer provide for them. “They claim to have lost income or employment then they move onto another woman,” she says. “Women are left with the sickness, struggling to care for their children.” The protector and provider role is integral to masculine norms in East Africa, but the results can be devastating. Stephen Tugume, 24, found out he was HIV positive when he was tested as a teenager after his mother became sick and later died. Tugume started taking the necessary drugs, but his father who was also positive refused to join him.

“He said to me ‘Stephen, I am not doing well financially. When I start these drugs, which are very strong, I won’t be able to survive. I don’t earn enough to support my family and myself’,” he remembers. His father died seven years later.

According to Wyrod, systemic poverty and traditional notions of masculinity are now the key barriers to tackling the HIV crisis. “While there are some organisations in Africa involving men in aids prevention, we haven’t seen a similarly enthusiastic attempt by governments to talk about men’s privileges and men’s sexual privileges,” he says. “And in countries like Uganda, you have a national government, a president, that is embodying these problematic, dominant ideas about men and masculinity.”

“But the clearest source of all these problems,” he says, “is the persistence of urban poverty”.

Back at the positive living group, its founder Israel Bendaki, 55, proudly displays the sandals and bags they have been making. “I started this group to help men living in denial,” he says. “When I was diagnosed in 1990, I concealed my status and resorted to drinking to take away my worries.”

The situation has been vastly improved since then, he says, when there was no medical treatment available and the stigma was so strong that people “wouldn’t even share a cup with you”.

But there is still a long way to go. Most men continue to keep silent about their positive status in Uganda, while young women remain disproportionately affected in an environment of toxic masculinities. Although Bendaki’s initiative is labelled a “men’s group”, it is mostly made up of women.

Alice McCool is a freelance journalist based between Uganda and the UK. Her work has been published in outlets including VICE, The Guardian and BBC News. Follow her on twitter at @McCoolingtons. Brian Mutebi is a Ugandan journalist. Follow him on twitter at @Brian_Mutebi.