Tanzania: The tentative but rising resistance to Magufuli’s repression

President Magufuli has clamped down hard on various freedoms. But as his popularity plummets and defiance grows, something may have to give. 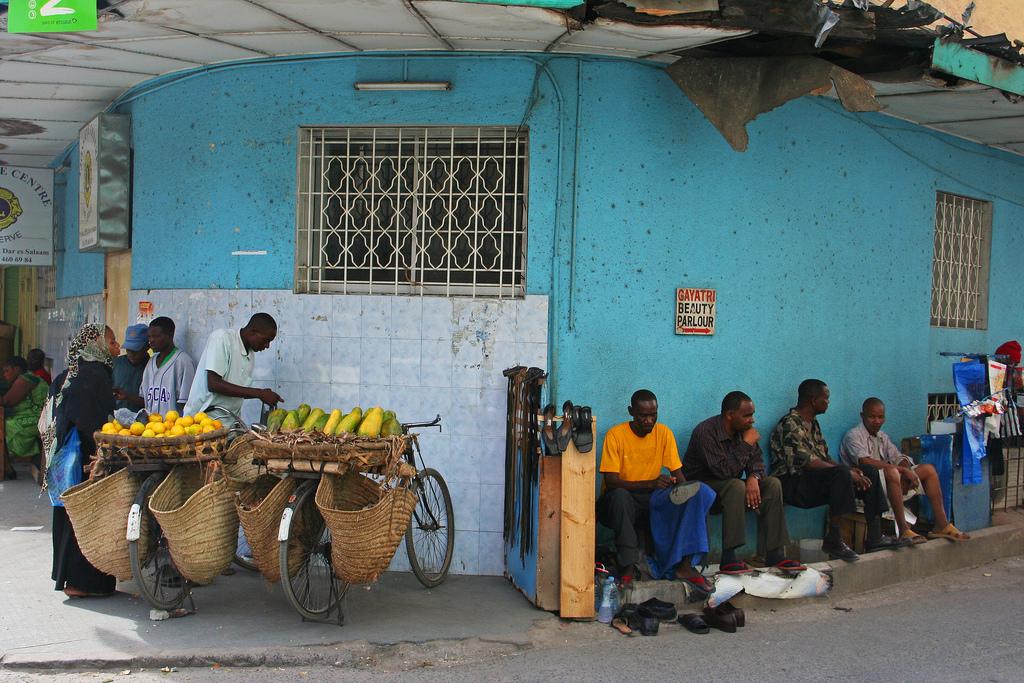 Tanzania’s President Magufuli has been criticised for authoritarianism and repression. Credit: imke.sta.

From the moment the relatively unknown Minister of Works John Pombe Magufuli became Tanzania’s president in 2015, he has stamped his mark on the country. In an initial whirlwind of activity, he fired absent officials, cancelled frivolous spending and vowed to combat corruption, winning plaudits from across the region. But there soon emerged a darker side to his determined mode of governance.

Nearly three years into his presidency, the stark compromise at the heart of Magufuli’s rule has become clear. While enacting some popular measures, the president has confined freedoms and been deeply intolerant of criticism.

Since coming to office, Magufuli has banned opposition rallies, stopped live coverage of parliamentary proceedings, and overseen a rise in extrajudicial killings. New laws that have stifled freedoms of expression and restricted online spaces. Scores of people have been charged for writing critical posts on social media. At least one journalist has disappeared following a daylight abduction and another fled the country following threats on his life.

He has also made life for opposition parties more precarious. MPs and officials have been arrested and jailed for criticising the president or illegal assembly. Two politicians with the main opposition Chadema have been killed, while the party’s outspoken chief whip Tundu Lissu only narrowly survived assassination in July 2017 when he was hit by a hail of bullets shortly after leaving Parliament.

In other ways, there appears to be a state-sanctioned plot to weaken political opponents. Chadema’s chair Freeman Mbowe, for example, has been heavily targeted with seizures and raids of his businesses. In April, he was arrested with five others on the grounds of “inciting hatred and rebellion”. The regime has also been enticing opposition figures to defect to the ruling CCM. Four opposition MPs and 75 councillors have done so thus far. Resulting by-elections have been marred by allegations of rigging, police interference, abductions and violence.

President Magufuli has also put pressure on the judiciary. He has suggested they could get more money if they deliver positive judgements and openly criticised judges for alleged corruption and laziness.

The push back against Magufuli

Through these methods and more, President Magufuli has significantly clamped down on Tanzanians’ freedoms and democratic rights. Earlier this year, African Arguments published a piece documenting how “Everyone is scared”. But at that time, there was an emerging resistance from various quarters. This tentative defiance may have altered the political balance.

To begin with, the judiciary pushed back. At the start of the year, Chief Justice Ibrahim Hamis Juma warned of “grave consequences” for those who do not stay away from “his territory”. Speaking as part of the Law Week celebrations, he called for government leaders to “refrain from meddling” and promised: “We are going to be stricter at the magistrates’ and judges’ level in dealing with anyone who crosses over to interfere with our decisions and independence”.

The judiciary flexed its muscle again in February when the Court of Appeal, the country’s highest court, rescinded some of the Director of Public Prosecution’s (DPP) entitlements. The five justices ruled that laws empowering the DPP to determine which offences are bailable are unconstitutional. The judges described the inequality of power that the provision would have granted as “utterly repugnant” and said that it would have made abuses of power possible “on the DPP’s whims”.

Another body that may be standing up to the government is the police. This group has itself been accused of abusing its powers under Magufuli, but there are signs it is holding its ground against greater interference. In January, Natural Resources and Tourism Minister Hamisi Kigwangalla threatened to report the police to the president if it failed to apprehend four suspects claimed to be behind resource theft and the murder of a prominent conservationist. It is rare for the police to defy a government minister’s orders, but police spokesperson Barnabas Mwakalukwa responded pointedly that officers are not governed by politicians’ demands.

Finally, civil society organisations and religious institutions have dared to displease the government. During the 2018 Lenten period, both bishops from the influential Catholic and Evangelical Lutheran churches issued letters heavily critical of Magufuli’s leadership, listing its authoritarian tendencies in restricting the media, opposition and judiciary. Days earlier, 108 Tanzanian civil society organisations had co-signed an open letter airing their fears.

The Lutheran bishops also came out in support of adopting a new constitution to check an imperial presidency. “Not even the election of a patriotic president is a substitute to the constitution,” they wrote. The President and his allies responded, warning the bishops to stay away from politics, but the religious leaders remained resolute.

Opening up or doubling down?

As President Magufuli has clamped down on freedoms, a number of groups – some more likely than others – have pushed back. This resistance may be nascent and tentative, but statements by influential bodies such as the judiciary and popular churches have opened a door through which other actors can step with greater confidence.

The question is how Magufuli will react if this dissent increases and political parties, the media and frustrated citizens are re-emboldened after years of being attacked and subdued. Will the government rediscover the virtues of tolerance? Will it recalibrate its strategy of control to be more targeted and sophisticated? Or will it redouble its efforts to subdue Tanzanians through ever more blunt measures of repression?

For now, most are sceptical that Magufuli will have a change of heart. He has managed to secure sweeping control over the ruling CCM party as its national chair and been largely successful in leveraging state power with an iron fist thus far. Polling from last month could also persuade him to maintain his current course. The latest survey by Twaweza shows his approval rating plummeting from a high of 96% in 2015 to 55%. This is the lowest rating of any of Tanzania’s presidents, but would be more than sufficient for re-election.

Indeed, according to Chadema strategist Mwesiga Baregu, the president’s plan now is to fortify his rule in the face of growing resistance. Magufuli, he says, has been positioning his most trusted lieutenants in key party and government positions. “The naming of university don Dr Bashiru Ally as CCM secretary general is testimony that he is building his own team away from the party insiders whom he may not have full control over as he firmly sets his eyes on the 2020 General Election,” he says.

The only area that the president appears to have been swayed is in the tax crackdown on the local business community. The government has listened to this sector recently as it tries to halt a decline in growth and market liquidity. But it remains to be seen if their influence will stretch to changing the government’s draconian approach to political freedoms.

For the moment, Magufuli looks set to entrench his repressive mode of governance. For two years, this approach deepened with impunity, but defiance from some quarters is starting to simmer. The protests called for in April may have never materialised in the face of a heavy police presence and threats that protesters would be “beaten like stray dogs”. But as Magufuli’s popularity continues to slip and more organisations speak out, something may have to give.