Uganda: A police chief on trial and deepening suspicions with Rwanda

For over a decade, Kale Kayihura was seen as President Museveni’s fiercest protector. Now he’s accused of being President Kagame’s man. 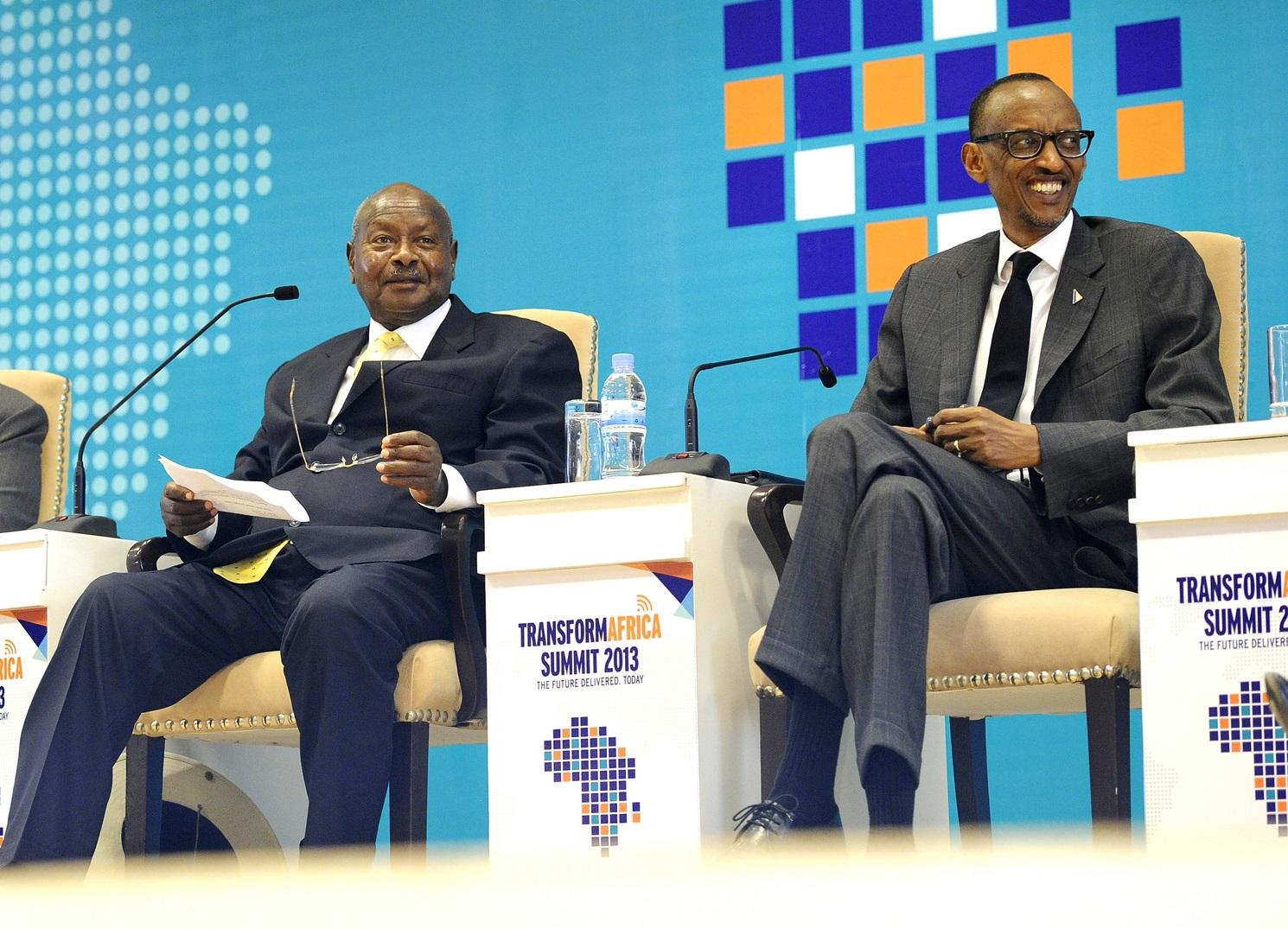 For 13 years, Kale Kayihura was seen as the ultimate loyalist to President Yoweri Museveni. As Uganda’s Inspector General of Police since 2005, he oversaw the violent suppression of political opposition and was allegedly responsible for widespread human rights abuses against his boss’ critics.

Yet in a swift fall from grace, the once highly influential police chief found himself charged in military court last month. This followed his surprise firing this March and arrest in June.

In the run-up to his recent court date, there had been much speculation about the charges he might face. The government-owned New Vision newspaper suggested Kayihura would be charged with crimes related to the assassination of former Police Spokesman Andrew Felix Kaweesi in March 2017. There were also reports he would face treason charges for allegedly running illegal foreign-backed operations with the goal of overthrowing president Museveni’s government.

However, when it finally came down to it, the state levelled against Kayihura two counts of “failure to protect war materials” and one count of abetting the kidnap and repatriation of Rwandan exiles.

A network of operatives

The charge sheet is revealing on both sets of allegations.

To begin with, it accuses the former police chief of failing to manage the arms and ammunition used by the independent police units – the Flying Squad, Specialised Operations, Witness Protection, and the Crime Intelligence Directorate – under his direct supervision. It also accuses Kayihura of illegally supplying guns to members of Boda Boda 2010, a vigilante group infamous for brutally attacking protestors.

These accusations speak to the former police chief’s deep influence across Uganda. Over his long tenure, Kayihura successfully positioned himself as the sole protector of Museveni’s regime, making him a darling of the president who publicly praised him for being his most loyal party cadre.

This status enabled him to build a countrywide network of operatives, including a “crime preventer” force of an estimated 11 million people and other increasingly ubiquitous vigilante groups. Kayihura enjoyed the loyalty of both senior and junior officers in the security forces and had influential associates inside and outside the government.

However, this may have contributed to his downfall. It seems that at some point, Museveni became suspicious of his ally and his growing power base. He seems to have become a victim of the president’s habit of arresting senior army officers with whom he has disagreements and charging them with serious crimes as a way of taming them.

Museveni’s fear is crucially linked to Kayihura’s other charge, which is perhaps even more illuminating.

The state alleges that between 2012 and 2016, Kayihura, working with subordinate officers and Rwandan agents, kidnapped and repatriated Rwandan exiles. These include Lt. Joel Mutabazi, a former presidential bodyguard, who was returned to Rwanda in 2013 and is now serving a life term for “plotting to kill President Kagame”.

A number of senior police officials, all widely seen as Kayihua’s loyalists, have already been implicated in this offence. They have been detained at the same military barracks in Kampala where the former police chief was locked up for three months before being released on bail last month.

These charges against Kayihura fit into a broader pattern of suspicion between Rwanda and Uganda. Presidents Museveni and Kagame were once brothers in arms, but although their relations are cordial on the surface today, they have been deeply fractured ever since their armies clashed in the Second Congo War (1998-2003). Both sides’ intelligence organs suspect the other of covert operations to overthrow their respective regimes.

Kayihura is the subject of particularly deep suspicions given his closeness to the Rwandan state. He is close friends with Kagame, who was the best man at his wedding. Some in the Ugandan regime have reportedly been warning Museveni for several years about the former police chief’s possible divided loyalties and growing ambitions. Many believe Kayihura’s sudden arrest this year was intended to avert a Rwandan-backed challenge to Museveni’s rule.

[Frenemies for life: Has the love gone between Uganda and Rwanda?]

Freed but not free

It seems that Kayihura’s fate may now be sealed – in part thanks to his own previous actions.

The Ugandan public, for instance, looks unlikely to resist the former police chief’s treatment. When army officers such as Kizza Besigye and David Sejusa were targeted by Museveni after falling out with him, they enjoyed some public sympathy. But Kayihura is widely despised for his brutal actions as police chief.

There were plans by the chair of Kayihura’s home district to organise a protest against his arrest, but they were foiled by the police under the contentious public order management law, of which Kayihura was a strong supporter. A petition to Museveni didn’t yield anything either. Meanwhile, attempts in Parliament to debate Kayihura’s detention beyond the constitutional 48 hours were blocked by the speaker.

Perhaps encouraged by security sources, the media also seems to be preparing the public for Kayihura’s sentencing. A day after the former police chief appeared in the army court, a government-owned newspaper headline screamed that “Kayihura faces death” if found guilty. A local tabloid known for breaking stories on the inner workings of Uganda’s security apparatus wrote that the former chief should expect “life in prison”.

As for now, the once powerful official is out on bail, but with strict restrictions on his movement. He is not allowed to leave Kampala and the neighbouring Wakiso district or to go abroad without the permission of the court, the commander-in-chief and the army council.  This has effectively cut Kayihura off from his local and international contacts. In fact, prior to his arrest, it was reported that he was blocked twice from travelling abroad, including in May when he was barred from going to Germany for medical reasons.

As the case unfolds over the coming months and possibly years, people in both Uganda and Rwanda will be watching closely. Rwandan leaders in particular will be concerned at the way in which they, and their intelligence operations, are being portrayed and the allegations made.

President Museveni may hope the case sends a signal to his ally-turned-frenemy Kagame across the border, but while the trial illuminates the two strongmen’s mutual suspicions and tensions, it could also deepen them.