“Every time we try, we get killed”: Confronting torture in the DRC

A new report documents widespread abuses by the Congolese government against ordinary citizens. Things may get worse as elections approach. 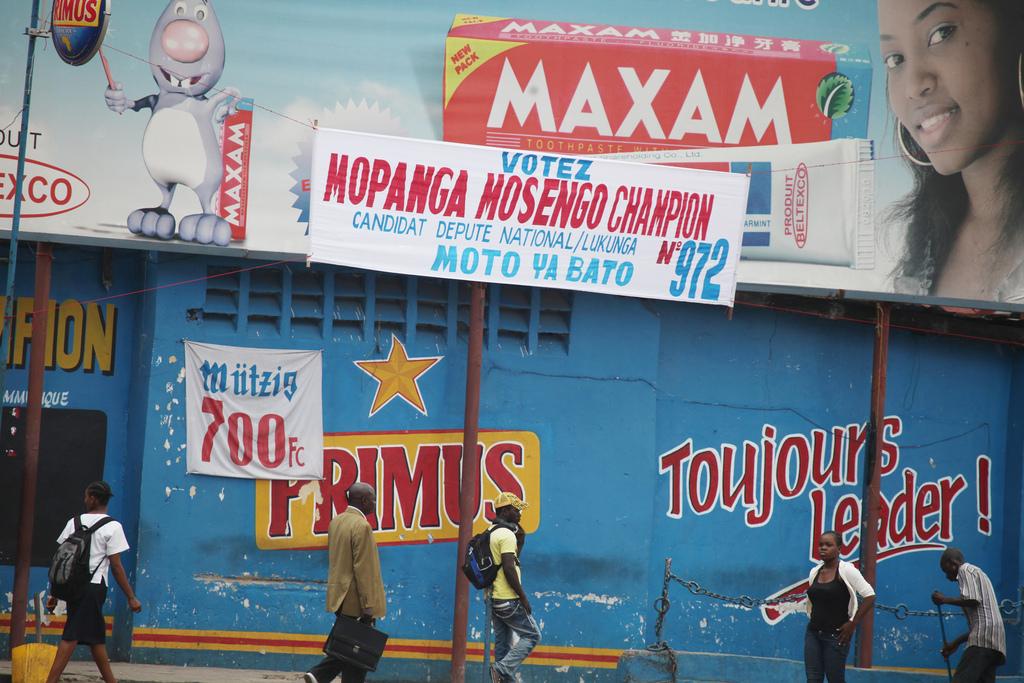 In the last few years, there have been several protests against President Kabila’s government in the capital Kinshasa. Credit: MONUSCO/Myriam Asmani.

The routine use of brutal torture in the conflict situations in the Democratic Republic of Congo (DRC) has previously attracted plenty of outrage and attention. But a new report details extensive abuse committed by the government against ordinary citizens, mostly in the capital Kinshasa.

Testimony from 74 men and women who escaped to the UK, as well as medical evidence produced by doctors, tells a story of a regime engaging in horrific violence against those who dare to speak out. Their experiences expose a government that targets its own citizens for engaging in lawful political activity and that uses detention and torture to suppress dissent.

As documented in A tool to silence: Torture to crush dissent in the Democratic Republic of Congo by the charity Freedom from Torture, the 74 survivors were forcefully arrested between 2013 and 2018, either at peaceful demonstrations or from their homes. None had a high profile; they were all were ordinary citizens, from small business owners to health and legal workers. Their “crimes” were anything from attending a meeting on women’s rights to wearing a t-shirt bearing the name of an opposition party.

Once arrested, they were taken to official and unofficial detention sites where they were confined in small dark cells. “Because there were so many of us, we arranged a way to lie down,” recalled one woman. “One would sit against the wall, spreading her legs, and another would lie between her legs”. Since access to toilets depended on the whims of the guards, many were forced to urinate and defecate in their own cells.

In detention, almost all of the women and over two-thirds of the men were raped. Gang rape was common: more than half who were raped described multiple perpetrators. Eleven of the women were pregnant when they were tortured.

Beatings with various instruments, electric shocks and asphyxiation were some others methods of torture employed by guards. The survivors also endured psychological acts of torture, including humiliating verbal abuse, often of a sexually obscene nature.

“You have a part of Congo in your house”

The political context in the DRC is currently precarious. The country is set to hold elections on 23 December after a more than two-year delay. Over those two years, President Joseph Kabila, in power since 2001, has maintained his grip on power and repeatedly sought to find ways of defying the constitutional two-term limit. This has prompted mass protests, which the state has responded to with violent repression, arresting hundreds and killing scores of people.

Eventually, President Kabila agreed to hold elections and has vowed to hand over power to the victor. This would mark the DRC’s first democratic transfer of power in the country’s history. That should be good news. But the elections are taking place in a deeply troubling context.

[DRC elections: The field, the rules and the potential game-changers]

President Kabila has handpicked a successor in Emmanuel Ramazani Shadary and is gearing up all the resources at his disposal in order to ensure his favoured outcome comes to pass. As the vote draws closer, state violence, harassment and intimidation continue and there is concern that crackdowns will escalate.

Confronting this repression will take a broad and diverse set of partners. Among them are regional and international bodies. As one survivor quoted in the report put it: “We need [external] help because us Congolese, we are doing our part. Every time we try, we get killed.” Another interviewee emphasised that the rest of the world is already deeply involved, and complicit, in the DRC’s politics by virtue of the fact that Congolese minerals are used in electrical devices worldwide. “Everyone has Congo in their pocket,” they said. “Everyone has a smartphone. If you have a phone or a TV, you have a part of Congo in your house”.

The stories of 74 survivors of brutal torture gives a chilling snapshot into the horror experienced by Congolese citizens for simply speaking out. As the country heads to tense and heavily-contested elections later this month, their testimony is also a rallying cry for the Congo’s international partners not to ignore the very real dangers faced by ordinary citizens in this hopeful but highly perilous moment for the country.

Tracy Doig is the Head of International Advocacy at Freedom from Torture.