Meaza Ashenafi was appointed President of Ethiopia’s Supreme Court in November 2018. How is she faring? 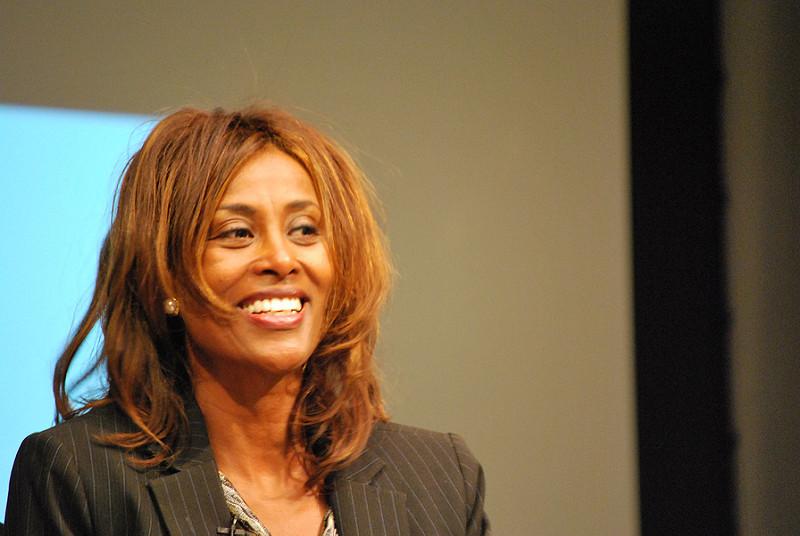 As Meaza Ashenafi was introduced to the stage at the LSE Africa Summit last month, the audience went wild with rapturous woops and applause. Here she was! The first ever woman to be Ethiopia’s Chief Justice! The founder of the Ethiopian Women Lawyers’ Association! The architect of Ethiopia’s first women’s bank! The justice crusader whose defence of a 14-year-old child bride was immortalised in the critically-quite-liked Angelina-Jolie-executive-produced 2014 film Difret!

As Ashenafi adjusted the mic, a smile on her face, the spectators settled down. A few looked at one another in giddy anticipation at hearing this giant of Prime Minister Abiy Ahmed’s brave new Ethiopia speak. And then she started…quietly at first, and then a little louder, and then quieter again.

The short address that followed contained little that was provocative or controversial. Ashenafi responded to her rock-star entrance by performing a gentle pan-flute-solo of a speech about the importance of rule of law and Africa’s untapped potential. Rather than exuding charismatic authority, the hugely accomplished 55-year-old was quietly measured, calm and compassionate. In other words, she exhibited the qualities one should probably look for in an arbiter of justice.

African Arguments caught up briefly with the Chief Justice after her speech to hear more about her first five months in the job.

You are now the ultimate guardian of justice in your country, but that is a very abstract concept. How would you define justice in concrete terms in the context of Ethiopia?

Justice is applying and interpreting the law, but not only that. It is also about making sure justice is served. We have to make sure trials are fair and speedy and that due process is followed. We will be satisfied in terms of delivering justice when people have access to courts, physically as well as financially, and when we have impartial and competent judges in place. Justice will be served when people can lose a case, but be comforted that the process was followed.

This aspiration seems to require action across the board, from economics to education to infrastructure and more. What is the particular role of the Supreme Court?

So how are you correcting this?

As soon as I was appointed as Chief Justice, I did a town hall meeting with 350 judges and 400 lawyers. We have over 3,000 support staff and every weekend I was meeting with our experts and support staff. Also, I talk to the media. We share our vision and the way we want to go. We have established a council constituted of 18 high-level experts – former judges and lawyers – using them as advisors especially in defining and revising laws relevant to the judiciary.

According to surveys, one-third of respondents in Africa believe their courts are corrupt. How true is this in Ethiopia?

It is true, but part of the problem is lack of communication and understanding of how the judiciary functions. I’m not saying we don’t have problems of integrity – we do have them – but most of the time it is perception. Everyone who walks into my office with some sort of complaint says the judge has some sort of relationship with the opponent. This is not always true. Maybe it is true 5% or 10% of the time, I don’t know, but there is that perception. We need to build trust, help people understand that the law functions in a very technical way. But we do also need to work on addressing questions of integrity in our judicial system.

So the bigger problem is understanding rather than incompetent, corrupt or politically-motivated judges?

It is misunderstanding, but it might be integrity issues too. Sometimes it could be related to competence also.

You’ve been Chief Justice for about five months now. What’s been the biggest surprise about the job?

One surprise was how quickly I managed to positively influence the judges in terms of asserting their independence from the executive. Judges tell me now they’re free to use the law in their conscience and that is liberating. That gives me comfort.

On the other hand, the question of resources is overwhelming. I didn’t realise the judiciary is so deprived in terms of courthouses, offices for judges, infrastructure, transcribing machines, everything. That is kind of overwhelming and I was not aware we have this huge problem in terms of resources.

Are these concerns being heard by the government?

For the first time last week, we submitted our budget request directly to parliament. In the constitution, there is a provision that says the judiciary will directly request and negotiate its budget from parliament, but this never happened. It would go through the executive. So we’re changing that trend and this year for the first time we will negotiate with parliament and that, I feel, will give us some independence. We will negotiate for better resources.

The struggles of women against patriarchy are universal, but they also take on different characteristics in different contexts. As a woman who has managed to succeed in various male-dominated sectors in Ethiopia, what would be your advice to other Ethiopian women?

From my experience and observation, when women are given responsibility, they take it very seriously. Sometimes I feel sorry that my country and other African countries are not using the talent and potential of women, because that deprives the country. If we use both the talent of men and women, this collective intelligence will help us accelerate our transformation. Women should also transcend the stereotype and know they are up for any challenge. They should not be afraid to take any opportunity that comes their way.

Ethiopia has experienced huge change in terms of gender from the top. As well as your role, half the cabinet and the president, for example, are women. But this in of itself has changed little for most women who continue to bear the greatest burden from poverty and conflict. How can change happen at all levels?

True. I completely agree. Women are not the cause of conflict or disruption of society but they bear the brunt of the problem so they should be vocal about these issues. Their voice should be heard. They have to say “we are not responsible for the problem; these kinds of disruptions should stop at some point”. Women shouldn’t be silent victims. They should be more vocal and articulate their concerns.