President Biya could have outlined a new plan to address the Anglophone crisis. Instead, he announced talks, beginning today, that are doomed to fail. 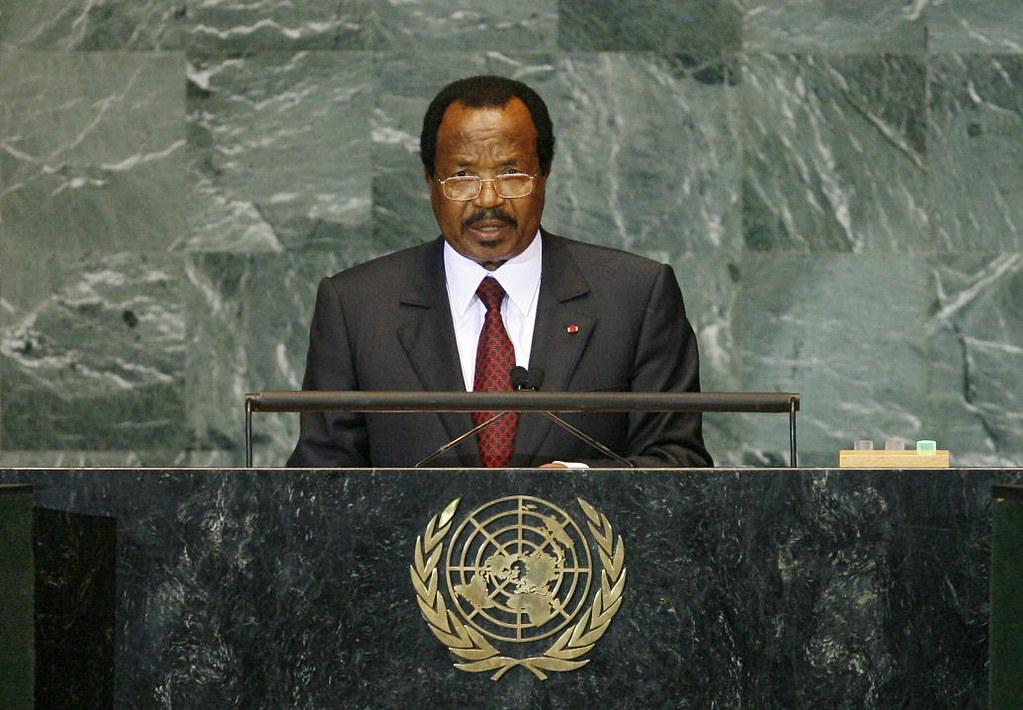 President Paul Biya of Cameroon has been in power since 1982. Credit: UN Photo/Marco Castro.

On 10 September, President Paul Biya delivered a rare “address to the nation” in which he spoke of the Anglophone Crisis facing Cameroon. Beginning in 2016, the situation in the country’s two English-speaking regions has quickly spiralled from protests by teachers and lawyers into a bloody separatist war.

In the speech, many hoped Biya might acknowledge his government’s role in this rapid deterioration, which has seen brutal crackdowns of peaceful demonstrations, arbitrary arrests and alleged human rights violations by security forces. They also hoped the president might recognise the marginalisation that Anglophone Cameroonians have faced for decades.

Instead, the address took on a defiant tone. Biya started by insisting the government  has already fully addressed the demands made by protesters in 2016. This was the first time since that year that the government has referred to those demands and the claim that they have been implemented is questionable. Biya then claimed that protesters’ grievances are unfounded anyway as the country has always had an Anglophone Prime Minister. While this is true, the premier has also always been side-lined.

The president then became even more combative in talking about the war of secession that has claimed thousands of lives and displaced at least half a million people. He claimed that despite his government’s reforms, radical elements have hijacked the situation for their own interest in calling for an independent state of Ambazonia. He listed several atrocities separatist fighters have committed including murders, rapes, kidnappings, the preventing of children from going to school, and the razing of healthcare facilities. Biya failed to mention the many similarly horrific acts carried out by the military such as the burning down of scores of villages in January 2018 and killing of civilians.

After this revisionist take on history, Biya finally spoke about resolving the crisis. He said there have been “multiple and varied initiatives” to bring the government and secessionists together, but claimed they were premised on separatist propaganda. He was referring to a dialogue facilitated by the Center for Humanitarian Dialogue in Geneva, which secessionist leaders and the UN have endorsed but the Cameroonian government has approached with scepticism. Now, Biya made clear the Swiss-led talks are as good as dead in the eyes of Cameroon’s government.

In its place, Biya outlined a new “major national dialogue” to be spearheaded by Prime Minister Dion Ngute, an Anglophone from the Southwest. These talks, he said, would be inclusive and aimed at addressing not just the Anglophone Crisis but “issues of national interest such as national unity, national integration and living together”. Following its announcement, members of Ambazonia’s interim government and leading activists were invited to take part.

Repeating the mistakes of the past

On the surface, this new initiative may appear to be a genuine effort to resolve the Anglophone crisis, but deeper analysis raises concerns.

Firstly, the decision to include citizens from all of Cameroon’s regions and widen the remit of the talks has some merits. Divisions between the two Anglophone regions and eight Francophone have grown. There has been an increase in hostile rhetoric, for instance, with the derogatory term “Anglofools” becoming more widely used. A national dialogue could help mitigate some of these differences.

At the same time, however, the move also diminishes the relative agency of Anglophones in attendance. It risks replicating the dynamics of national events throughout Cameroon’s history in which the perspectives and grievances of English-speaking representatives, who have made up just a quarter of attendees, have been side-lined. The dialogue risks repeating the same dynamics that led to the crisis in the first place. These anxieties are reinforced by fears that the ruling Cameroon People’s Democratic Movement will dominate the process, a factor that has raised concerns amongst civil society.

It is also important to note that while secessionist leaders have been invited to attend, the chances of them doing so are slim to none. While the leaders of the Ambazonian independence movement, who are based overseas, have been willing to travel to Switzerland and the US, they have refused to travel to Cameroon or many of its neighbours for fear of arrest. In January 2017 several secessionist leaders were seized in Nigeria and sent to Cameroon for sentencing. More recently, a separatist was detained in Ghana. Others have had family members arbitrarily arrested in Cameroon.

The secessionists have made it clear that they would not partake in a “national dialogue” anyway. They see the crisis as a battle between two peoples, Ambazonians and Cameroonians. Moreover, hundreds of their activists are in prison and several of the movement’s leaders were recently sentenced to life in prison on charges of terrorism.

When it was announced that President Biya would deliver a special address to the nation, many hoped he would signal a change of course. Instead, he denied the existence of longstanding grievances and the role his government’s violent actions have had in leading to today’s deadly war. It is clear that the national dialogue, which begins today, will not differ from those carried out in the past. Any Anglophones that attend will walk away disappointed as Cameroon’s two English-speaking regions continue to suffer.

Uganda’s ruling party is in a bind. Less repression will allow the opposition to mobilise and grow. More could inspire revolt. At a rally in Kampala this September, the opposition ...
By continuing to browse the site you are agreeing to our use of cookies.