African migration to China may never be the same again

If China continues to use mass surveillance technologies after COVID-19, staying untraceable may be impossible for undocumented migrants. 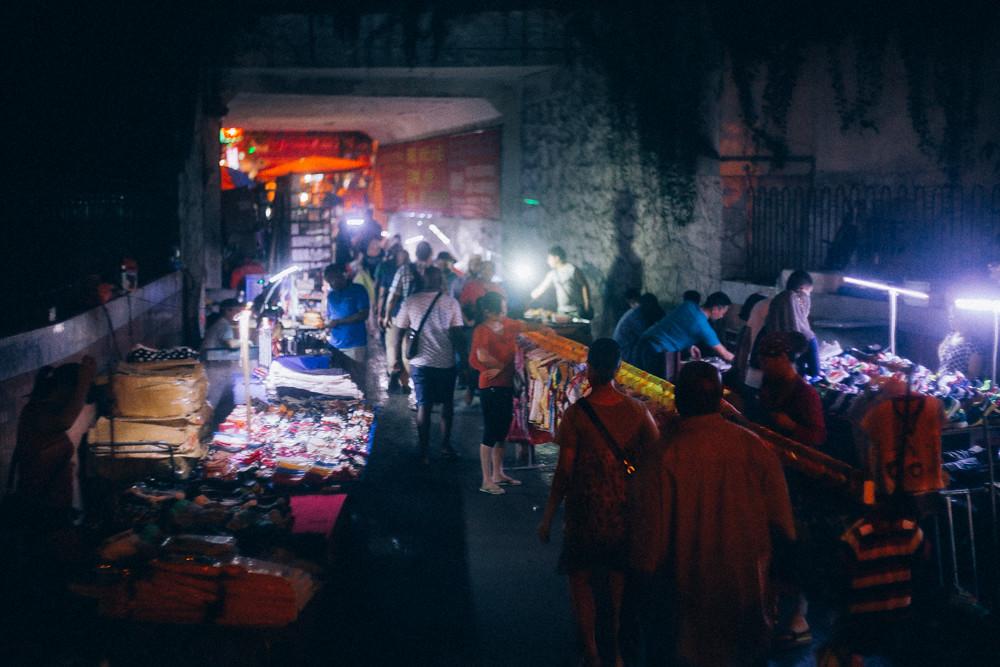 The city of Guangzhou in southern China has long been the hub for large numbers of visitors from Africa. Credit: Pal Sol.

The African diaspora has long thrived in southern China. But this may all change following the pandemic. In tackling the spread of COVID-19, the Chinese government has employed a variety of technologies to surveil and trace individuals. These may soon leave little room for the kinds of irregular migration, mobility and living situations that have allowed many African communities to live, work and operate in China up till now.

For the last two decades, the southern city of Guangzhou, capital of Guangdong province, has been at the forefront of the African presence in China. The overwhelming presence of foreigners in this trading hub has often tested local authorities’ capacity to control its non-native population. This has often resulted in tensions between local police and foreign communities, such as those from West Africa who often report harassment and discrimination.

It has also contributed to friction between local, provincial and national policymakers in China. For instance, Beijing grants thousands of entry permits to African nationals each year for diverse political reasons. It is authorities in Guangdong, however, that typically have to deal with the impact of these decisions. One practical outcome of this lack of coherence is that, over the past decade, Guangzhou has seen a sharp increase in people overstaying their visas.

In 2014, during the Ebola outbreak in West Africa, officials in Guangzhou reported that 16,000 Africans were legally residing in the city. Last week – as Africans were evicted from their homes and hotel rooms, denied entrance to restaurants and confronted by other forms of discrimination – local authorities said there are currently just 4,500 African nationals in the city.

This suggests a sharp decline in just six years, though these numbers only describe legal residents. There are no equivalent figures for overstayers, but it is well known that this group (most of whom are from West Africa) account for a significant portion of the city’s African population. These individuals are also responsible for organising much of the intense commercial activity that takes place between Guangzhou and the likes of Addis Ababa, Mombasa and Lagos.

As in many other parts of the world, many overstayers in China hide (or lose) their passports. By doing this, they become “voluntarily” undocumented with the aim of being untraceable if caught. This has always been a precarious path, but it is even more so following a pandemic in which one of the most effective strategies to contain the virus has been mass testing and tracing.

Under these new circumstances, Guangzhou’s longstanding population of undocumented migrants is cast in a new light. It presents an even greater challenge for the city’s authorities already struggling to manage its community of overstayers. These officials are fearful not only of an outbreak among this foreign population but also of Beijing’s ire if this does happen.

One way in which the Chinese government is likely to address undocumented migrants is through technology. COVID-19 is proving to be a landmark moment in terms of the relations between mass surveillance and the control of people’s movement. From the use of robots and drones, to facial recognition and apps, China has relied heavily on technology and artificial intelligence in its response to the outbreak.

It is impossible to ascertain how long we will live with COVID-19, but it is not unthinkable that, even after the threat has ceased, measures to contain mobility will remain in place. This would make life very difficult for undocumented migrants in China. For example, without a legal abode, foreigners cannot apply for Alipay Health Code, a system that assigns a colour code to users indicating their health status and determining their access to public spaces such as malls, subways and airports.

In the past, foreign migration to China has followed the logic of commerce and, for those without legal status, has often involved a game of cat and mouse with authorities. After the pandemic, the new logic may be one of crisis and emergency, characterised more by anxiety and surveillance. It may become virtually impossible to live without papers in this context, as untraceability becomes regarded as unacceptably “high risk” by Chinese authorities.

One lasting impact of COVID-19 may well be that it begins a new stage in the construction of a global architecture of control and surveillance. African overstayers and the thriving commercial sectors in which they insert themselves may be among the first victims of this new normal in China as traditional forms of irregular abode are rendered impossible.

Time will tell if COVID-19 spells the end of this phase of global migration as we have known it since the early-20th century. But at the very least, it is likely to provide another nail in the coffin of an already declining African population in Guangzhou.

Roberto Castillo is an assistant professor at the Department of Cultural Studies at Lingnan University, Hong Kong. He has been doing research on the African presence in China for the last decade. He is the editor of AfricansInChina.net (@africansinchina).