Resisting injustice and abuse by authoritarian regimes like Togo’s was hard enough before coronavirus. It will be even harder during and after it. 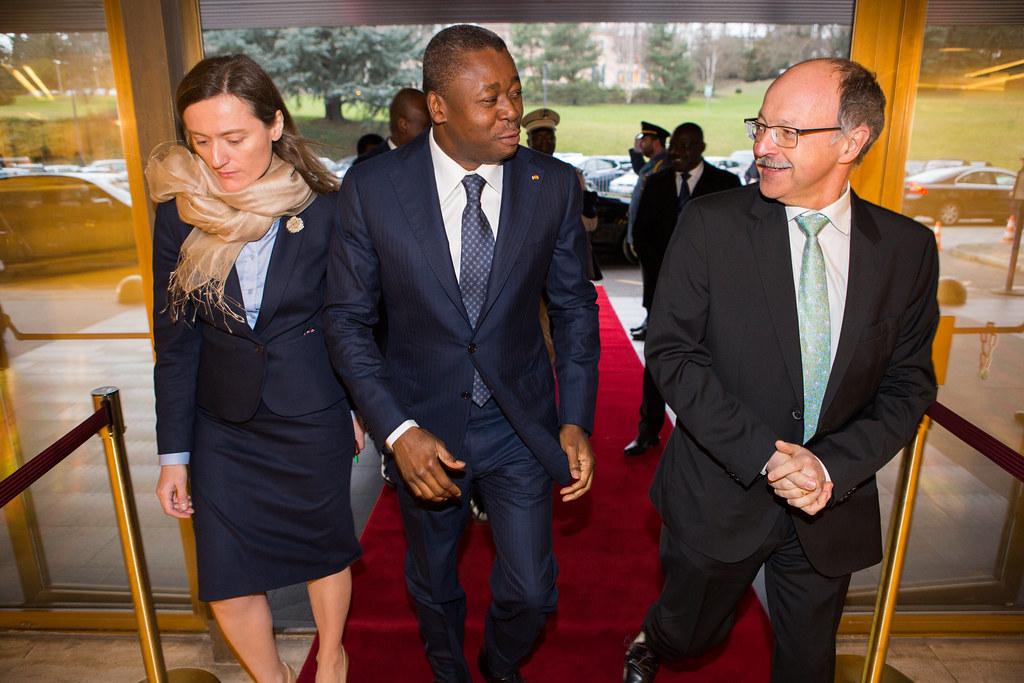 President Faure Gnassingbé has been in power in Togo since 2005 when he took over from his father, in power from 1967. Credit UN Photo/Pierre Albouy.

Across the globe, half the world’s population is living in lockdown. 3.9 billion people have been asked or ordered to stay at home and have given up various rights and freedoms to help contain the pandemic. For citizens, this is a concerning situation. As Eda Seyhan warned in African Arguments, “once governments, police and security services gain extra powers, they do not give them up without a fight”.

But what about for those living under dictatorships? What’s it like for populations whose governments already exercise extensive powers with impunity?

Growing up in authoritarian regimes – in which people are forced to recite the president’s praise and live in constant fear of repression – has made some of us tragically resilient to crises, curfews and confinement. For me, the restrictions under COVID-19 bring back childhood memories of growing up under the military regime in Togo: of parents rushing home by 7pm to avoid the patrols; of one of my cousins suffering brain damage after violating the curfew; of hearing stories of soldiers terrorising civilians, robbing homes and businesses, and engaging in rape and murder. I remember being told that we ought to thank President Gnassingbé Eyadéma for maintaining peace and stability, even as tens of thousands of people fled the country.

Decades later, similar dynamics are playing out again in Togo. On 2 April, President Faure Gnassingbé, Eyadéma’s son, announced a state of emergency and a curfew to go into immediate effect. The government deployed 5,000 soldiers who beat and assaulted civilians that same evening. Photos of a young man who suffered a ghastly eye injury at the hands of security forces went viral within the community. Some expressed sympathy for the victim. Others showed support for the soldiers purportedly doing their jobs.

Soon, however, the reports escalated. A video emerged of an old woman who had been severely wounded by soldiers after allegedly violating the curfew. Days later, a young man named Gueli Kodjo Djifa died after being beaten. The minister of security said an epileptic attack was the cause of death, but the family says he was tortured by security forces. This time, there was more public uproar as people realised that injustice meted out on a few can be carried out against all.

Togo isn’t the only country facing such brutality amid the COVID-19 pandemic. From Uganda and Cameroon, to Malawi and even Senegal, citizens are being violated and abused by “Corona Knights”. In Nigeria, at least 18 citizens have been killed by security forces during the curfews.

How dictatorships sweep up powers

Some authoritarian governments have imposed other kinds of restrictions that go beyond lockdowns and curfews too. In Zimbabwe, the government recently criminalised the circulation of “false information”, promising sentences of up to 20 years imprisonment for offenders.

The implications of this are clear and worrying. As Evan Mawarire, the activist and pastor behind the #ThisFlag movement, told African Arguments: “The government has taken advantage of the COVID-19 situation to introduce a law that shuts down freedom of speech. This new law is going to be used beyond the pandemic period to threaten and convict those who speak truth to power and those who speak truth about power”.

Those of us accustomed to living under authoritarian rule know that dictatorships work by creating whole mix together cocktails of coercion. They do not survive by violating just one or two rights. They take them all where they can: freedoms of speech and of the press; the rights of assembly; checks and balances.

In Togo, parliament has just conferred even more extensive powers on President Gnassingbé to rule by decree. He can now make and unmake laws at will and deploy soldiers whenever and wherever he pleases. It is not like Togo really had an independent parliament or judiciary before this, but they at least gave citizens a route through which to resist certain despotic measures.

Benevolent dictatorship, for some

Without even the façade of accountability now, President Gnassingbé is already using his new powers for his own benefit. Oppressive regimes often portray their leaders as benevolent dictators bestowing generosity on their subjects. Presidents embezzle resources at will and then share some of the riches with their most docile supporters, while punishing dissidents. This underlying principle appears to have shaped Gnassingbé’s support for the poorest during the pandemic.

The government has said that people who have lost their income due to COVID-19 are eligible to receive financial aid through the Novissi programme. Men can receive $17.50 per month; women $20.83 per month. However, to register, people must submit their Voter ID. This requirement directly punishes millions of people who heeded the opposition’s call to boycott the voter registration process ahead of Togo’s 2018 elections.

To add insult to injury – and as if the politicisation of its coronavirus response wasn’t explicit enough – the regime has also been distributing hand sanitiser and masks featuring Gnassingbé’s image and the ruling party logo.

In countries ruled by dictators, people are not just dealing with the spread of a new virus. They are also facing the existing challenges of living under authoritarian regimes, ones that are now even more emboldened and empowered by the opportunities the pandemic has offered up.

In Togo, the small gains in civil liberties we acquired through decades of struggle have been wiped away. Soldiers are back on the streets and survival has become even more closely linked to showing acquiescence to Gnassingbé and his allies. Resisting injustice and abuse was hard enough before the pandemic. It will be even harder during and after it.

Half of us across the world are in lockdown. But lockdown means very different things for those who live under dictatorships. Those of us still with our rights – if not all our same freedoms – must lend our voices to those that have lost theirs.

Lockdowns’ effects are political. Restrictions on the ...