Gifting and the Capable State in Times of Crisis 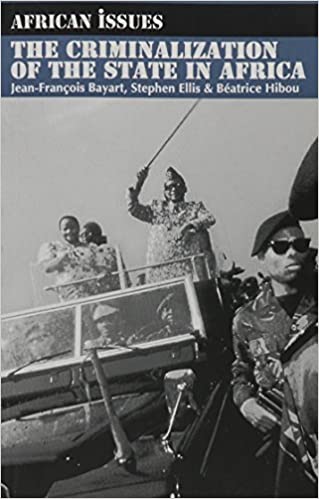 In the dying days of the Roman Empire, wealthy politicians, senators and patrons developed a set of strategies, implemented through the state, to placate the increasing unruly, marginalised and impoverished urban poor.

It was not a programme intended to build a nation so much as one intended to save a state from terminal decline. The government offered people access to cheap grain (bread), and theatrical gladiatorial events (circuses) to keep their minds off the social and economic decay that surrounded them.

This strategy has been captured by historians in the phrase “bread and circuses” coined by the satirical Roman poet, Juvenal, in the first century BCE. This phrase generally refers to welfare provision delivered by the powerful, accompanied by theatrical distractions and public pleasures, such as gladiatorial sports in the Colosseum in Rome, with the goal of keeping the poor from realising the misery of their lives.

In his book, Bread and Circuses: Historical Sociology and Political Pluralism, Paul Veyne (1996) describes the phenomenon as a form of public generosity designed to mark the distance between the “haves” and “have-nots”, while at the same time generating a discourse of common interest and maintaining political control. It was also critically an attempt by the crumbling Roman Empire to retain the façade of being a cohesive, capable and caring state.

Veyne argued that, once delivered, “bread and circuses” are expected as a matter of course by the populous, who petition the state and patrons for more to satisfy an insatiable desire for entertainment and welfare. At the core of Veyne’s analysis of this largesse is a contrast between the social economy of gifts, as a form of legitimation, and the emergence of a market economy.

This is precisely the dilemma for South Africa today, where the economy of the gift, which has taken the form of a R500 billion bailout to the poor and business over six months in response to the Covid-19 crisis, constitutes the bread. But there is more to this gift than meets the eye.

In the global and African context, a state’s capacity to provide significant gifts to its population confirms a hierarchy that separates the developed world from the rest. Only failed or weak states and economies, such as those in a number of African countries, are unable to give; and South Africa would not want to be counted among this group of nations, despite its perilous current financial position and recent junk status.

The relative size of the various national bailout allocations at the global level is furthermore seen as symbol of state power and largesse, involving a set of competitive bids that can amount to many hundreds of billions of dollars. The Covid-19 response has been about managing the spread of a pandemic; but the politics of lockdowns and bailouts also matter in other ways.

Gifting and the state

The French anthropologist Marcel Mauss (1925), whose book The Gift remains a classic text for many students, focused on the way in which the exchange of gifts builds social relations through the reciprocity of giving and receiving. He argued that the interval between the giving of gifts, and the reciprocation for this, forged forms of social cohesion and solidarity.

Mauss’s work refuted the dominant understanding of exchange as necessarily utilitarian by highlighting the social and political content of gift exchange in a non-utilitarian, transactional order. In this regard, Mauss was also offering a critique of Western society and its drive towards commodity production and exchange, which seemed to strip the transactional world of its social content.

One interesting aspects of Veyne’s analysis of bread and circuses in ancient Rome, which was influenced by the work of Mauss, is his description of the involvement of the state in the gift economy. He argued that the distribution of corn and bread to the poor and the provision of public spectacles became too important to the survival of Rome for it to be left in the hands of individuals. The social economy of the gift became institutionalised in the state.

In fact, the expectation of gifts among the poor became so entrenched, Veyne notes, that mechanisms had to be put in place within the state to ensure that the price of grain was kept down. Meanwhile, tribute extracted at the fringes of the empire was institutionally redirected to meet the demand for bread and circuses in Rome and other cities.

Verne further argues that an idea of the “Roman social collective” was eventually forged by opposing notions of barbarism at the margins to the civility of patronage at the centre, which re-affirmed social hierarchies, inequality and legitimised the state. The capacity of the state to give was at the core of its ability to call itself a civilised, developed nation.

In this context, it may be argued that the South African ruling party has embraced a similar strategy to manage expectations since the introduction of democracy in 1994. It has consistently attacked the economic establishment and “white monopoly capital” in its political rhetoric, while at the same time relying on this economic structure and its firms for the taxes needed to fund the welfare benefits promised to the poor.

In the period before the Covid-19 crisis, the ruling party and the state seriously tarnished their image with the public and the international community when the lid was lifted on widespread state capture and corruption. It was revealed that many ANC members in government had made little effort at genuine economic restructuring, while at the same time directing huge amounts of money due to the poor and service-delivery projects to self-enrichment projects for the ruling elite.

The Martinican political philosopher Frantz Fanon warned that during decolonisation in Africa, there was always the danger that the post-elites would perpetuate colonial domination by refusing the opportunity to reconstitute the colonial social order. In his view, they would remain in their “black skins” while donning “white masks” which ultimately supported neo-colonialism and white domination.

When independence came in South Africa in 1994, the government established a gift economy for the poor by providing a comprehensive programme for the provision of public housing, services and welfare called the Reconstruction and Development Programme (RDP). Under this programme, which was virtually unprecedented internationally in terms of its scale, the state offered free houses, services and support grants to those in need, including mothers and pensioners.

The gift economy was possible and seemingly sustainable as long as platinum and gold prices hovered above $1,500 and the mineral economy boomed on the back of rising Asian demand. The functionality of the gifts to development often seemed secondary to the symbolic gifting process itself, which was ritualised through elaborate hand-over ceremonies, such as in the case of RDP housing estates, where ribbons were cut often far from economic opportunities.

The expectations created through the gift economy fuelled service-delivery protests as citizens increasingly articulated their political and constitutional rights, especially their right to the city. As the state fell further and further behind the rising demand for jobs, services and opportunities, the gifting process increasingly tended to provide little pleasure or celebration.

It was often a matter of too little too late: more of a reminder of what was left to do than a celebration of what had been done. At the same time, corruption spread as the tender economy moved from uplifting the poor to enriching elites. Gifting for the public good was subverted and became a matter of personal gain. This resulted in state capture which brought South Africa to its knees.

The gifts of a capable state

Just when it seemed that South Africa had nothing left to give, when Moody’s and other rating agencies assigned South Africa junk “status” because of its struggling economy, Covid-19 struck. It has brought the country together, or at least more together than before, and provided a reprieve from destructive political factionalism and excessively racialised politics.

The crisis has also given the state another chance to restore its legitimacy, stature and dignity by embarking on an enormous gifting programme that is responsible for, and responsive to, the needy. The ANC has garnered considerable praise at home and abroad for the imposition of tough lockdown measures and for the largely responsible way the disease has been managed thus far. The approval ratings for President Cyril Ramaphosa have soared over the past month.

For a fractured ruling party that has been in crisis and survival mode for most of the past decade, this constitutes something of a turnaround. It must be gratifying to win international approval and earn domestic respect and support from ordinary citizens. But, basking in the comforts of gifts can create its own problems, as the Romans discovered by relying on a bread-and-circuses gift economy that they could not afford or structurally sustain.