Two landmark rulings are a testament to decades of tireless campaigning by people in the Niger Delta and environmental activists. 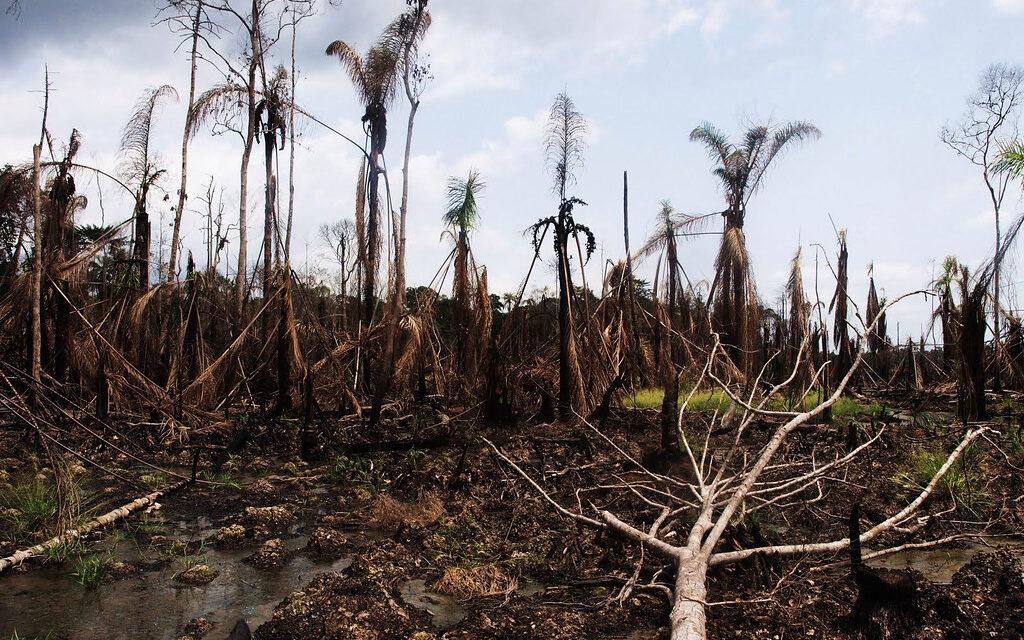 Like many who have witnessed the environmental impact of multinational oil companies in the Niger Delta, we welcomed two recent ground-breaking rulings in the UK Supreme Court and the Dutch appeals court. Both cases signal a shift in the onus of responsibility. It now lies firmly at the feet of multinationals who have prospered, profited, and polluted in the Niger Delta.

In the case heard in the Netherlands in January, the appeals court ruled that Royal Dutch Shell was responsible for environmental pollution by its subsidiary Shell Petroleum Development Company of Nigeria. By failing to introduce effective tracking devices, the judgment said Royal Dutch Shell was culpable for oil pipeline leaks and ordered it to pay unspecified damages to farmers. In the UK, the court overturned a previous ruling and said that similar cases against Shell could be heard in British courts.

Among many others, the Bayelsa State Oil and Environmental Commission has long called for multinational oil companies to be held to account for damage caused by their operations in Nigeria. The environmental impact has been profound. Around 40 million litres of oil are spilled across the Niger Delta each year, according to the Rise for Bayelsa campaign. This has led to devastating pollution that could take 30 years to clean up and shocking health threats for people living in the area. In one community in western Ogoniland, drinking wells were found to be contaminated with levels of benzene, a known carcinogen, at 900 times the World Health Organisation’s guidelines.

For far too long, multinationals operating in the Niger Delta have been able to shirk their responsibilities for this devastation. They have done so by accusing members of the local populations of sabotaging pipelines or blaming their local subsidiaries for negligence in maintaining infrastructure. It appears that these days may soon be over. Following three decades of tireless efforts from hundreds of thousands of people in the Niger Delta and environmental campaigners, both the Dutch and UK courts rightly acknowledged that Shell shares responsibility with its subsidiary.

These rulings are ground-breaking and pave the way for more communities to access justice in international jurisdictions. They are a clear indictment of the duplicitous activity of multinationals for decades. No longer can oil companies hide behind technicalities. They must take responsibility for the operations of their foreign subsidiaries.

No time to waste

At a time when many oil multinationals are claiming to invest in renewables and present themselves as “green”, it is more urgent than ever to ensure that they are not let off the hook for the environmental damage that decades of extractive activities have left in their wake. This is particularly urgent as these impacts are most strongly felt by poor people and are part of what some have labelled “environmental racism”. If nothing is done, generations will continue to struggle with coping with the aftereffects of oil and gas-related pollution.

As our chair, former Archbishop of York John Sentamu, said in 2019, distance does not diminish responsibility. Too many corporations take liberties in remote parts of the world, behaving in ways that would be deemed illegal in the West by foisting the responsibility on local subsidiaries. This practice must stop and the courts have rightly ruled that there is a clear chain of responsibility, from multinational to subsidiary.

It is now time to right the wrongs of the past. Multinationals must compensate affected villages, restore land, and ensure that, whether they are operating in Nigeria or Norway, they hold themselves to the same standards and levels of accountability and responsibility.

At the Bayelsa State Oil and Environmental Commission (BSOEC), we have witnessed first-hand the environmental devastation and human toll that over 60 years of poorly regulated oil and gas production in the Niger Delta have wrought. We know from collecting over 500 testimonies and gathering evidence from polluted sites across the region that there is no time to waste.