The late Idriss Déby was an expert at balancing relationships to maintain power. His son retains France’s support, but the rest may prove trickier. 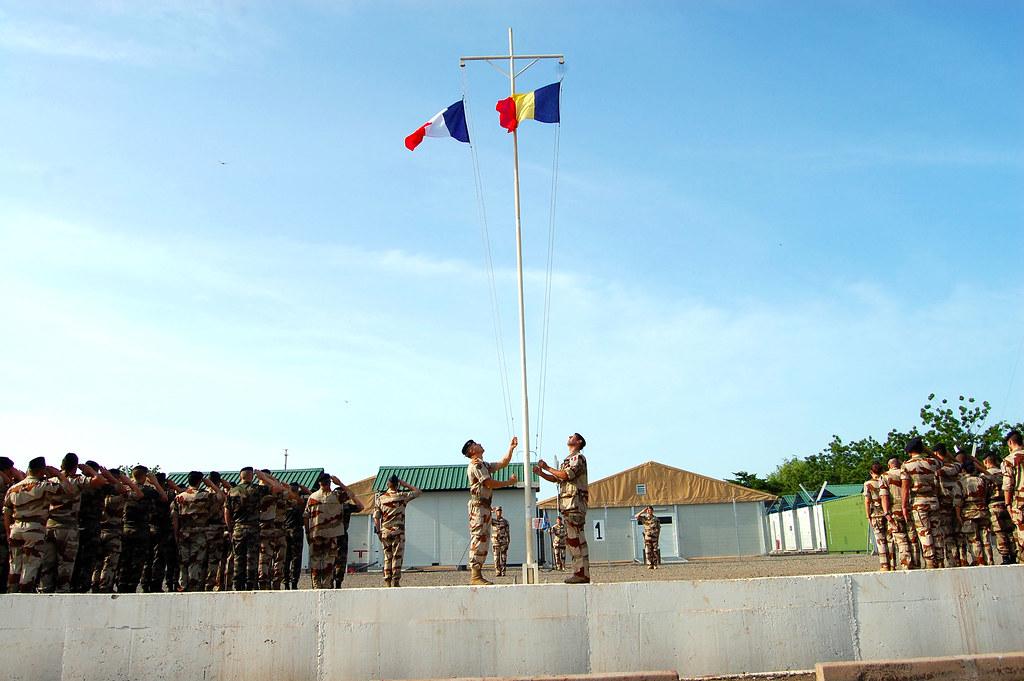 In a dramatic turn of events, Chad’s President Idriss Déby was confirmed dead on 20 April. The announcement came just one day after his re-election to his sixth consecutive term, having first taken power in a coup in 1990.

Déby’s death, allegedly at the hands of rebels in the north of the country, will have undeniable regional repercussions. In recent decades, the Sahel has faced recurring cycles of insurgencies, rebellions, and rapid turnovers of government. It is one of the main transport routes for narcotics and people from Africa to Europe. And it has been heavily affected by the climate crisis, with decreasing water levels and extreme weather patterns putting pressure on local communities and further contributing to the proliferation of armed groups.

Amidst this instability, however, there have been two rare constants. First is the authoritarian rule of President Déby. Second is the presence of the former colonial power France, which has been heavily involved in military efforts to combat armed groups in the likes of Mali, Niger, Burkina Faso, and Chad.

These two factors are closely linked. For decades, France has found a close ally in Chad. The capital N’Djamena hosts the operational headquarters of Opération Barkhane, France’s 5,100-troop strong anti-insurgency campaign against liberationist movements like the MNLA and Islamist groups like AQIM. Chadian troops also form an essential part of the Multinational Joint Task Force (MNJTF), which combats Boko Haram and other insurgent groups in the region.

In return, France has offered Déby its steadfast and unrelenting support. French soldiers helped protect the strongman against overthrows in 2006, 2008, and more overtly in 2019. Multiple French governments have consistently supported Déby as he consolidated power and eliminated political rivals. And when news of the president’s death emerged, France’s Emmanuel Macron declared that “France lost a brave friend”.

Following Déby’s sudden demise, it was soon clear that France’s strategy is to prioritise continuity at all costs. At the funeral on 23 April, Macron insisted that “France will not let anybody put into question or threaten today or tomorrow Chad’s stability and integrity”.

In practice, this means that the former colonial power gave its full support to the Chadian military’s roadmap. Despite the constitution calling for new elections within 90 days, the army installed Déby’s son, General Mahamat Idriss Deby Itno, as Chad’s new president for an 18-month transitional period.

As Nathaniel Powell, author of France’s Wars in Chad, has summarised: “The French have made very clear statements that they would much prefer an unconstitutional stability, rather than a potentially messy transition.”

On paper, this put France at odds with the likes of the African Union (AU), which called for the “restoration of constitutional order and handing over of political power to the civilian authorities”. In reality, however, the AU was unlikely to take serious action for two reasons. Firstly, the chair of the AU Commission is Chad’s former prime minister Moussa Faki Mahamat, who reportedly hopes to run for president in the future and is therefore unlikely to risk his support among elites back home. Secondly, the AU has already demonstrated an unwillingness to contest French spheres of influence in central Africa and is likely to be distracted by other ongoing crises on the continent.

On 27 April, however, Macron shifted France’s position. In a statement with AU Chair Félix Tshisekedi of the DR Congo, the two leaders called for “a civilian national unity government that should lead to elections within an 18-month delay”. They condemned political repression and violence against civilians. This is still not what the constitution mandates, but in softening its unwavering support for army, France may be hoping that the Chadian citizens will forget its role in bolstering and legitimising the military council.  The AU could see this as an opportunity to score a diplomatic win and position themselves on the side of a civilian transition.

Despite this slight shift, France’s interests in the Sahel and the Chadian military’s attempts to ensure a high degree of continuity are unlikely to be threatened internationally. However, they may face greater challenges from within Chad.

The political opposition and many citizens had already been protesting government repression and the brutal crackdown of demonstrations around the April elections. Now, they are protesting the undemocratic handover of power to Déby’s son. Similarly, anti-French sentiment had already been on the rise throughout the Sahel, and it could grow further following France’s initial support for Chad’s military. In response to planned nationwide protests, the military council has approved the continued suspension of public protests, first enacted by Idris Déby during his latest presidential campaign.  Whether or not rebel groups such as the Front for Change and Concord in Chad (FACT) can seize on this anger, it is likely that the military council will have to contend with greater levels of civil unrest than during previous rebellions.

Maintaining internal security will also be a challenge. Chad’s military council has rejected the possibility of talks with FACT, which has vowed to lay siege on N’Djamena. To protect the regime, reports have emerged of Chadian troops being ordered to return home, a move that could drastically alter counter-insurgency operations and potentially lead to the collapse of the Chadian front against Islamist insurgencies.

Finally, a lot rests on the political acumen of Déby’s 37-year-old son. His late father was an expert at manipulating relationships within his family, with political rivals in Chad and with foreign powers. This enabled him to maintain his grip on power for 30 years in a notoriously unstable region. He used Chad’s oil wealth to negotiate political settlements with rebels, established himself as the de facto head of the G5 group of Sahelian governments in the region, and made himself an invaluable ally to both France and the US.

Kyrre Berland is a graduate student at The Fletcher School of Law and Diplomacy at Tufts University. He is an affiliate researcher Conflict Dynamics International, a peacebuilding non-profit working in the Horn of Africa. He writes on the politics of conflict, mostly in the Red Sea region. Chris Brew is a graduate researcher at the World Peace Foundation, affiliated with The Fletcher School of Law and Diplomacy. He writes on conflict dynamics in Chad and the Sahel and assisted in groundbreaking, investigative journalism on mass atrocities and starvation crimes in Tigray.