Death of the Chadian President Idriss Déby – Where Were You When You Heard the News? 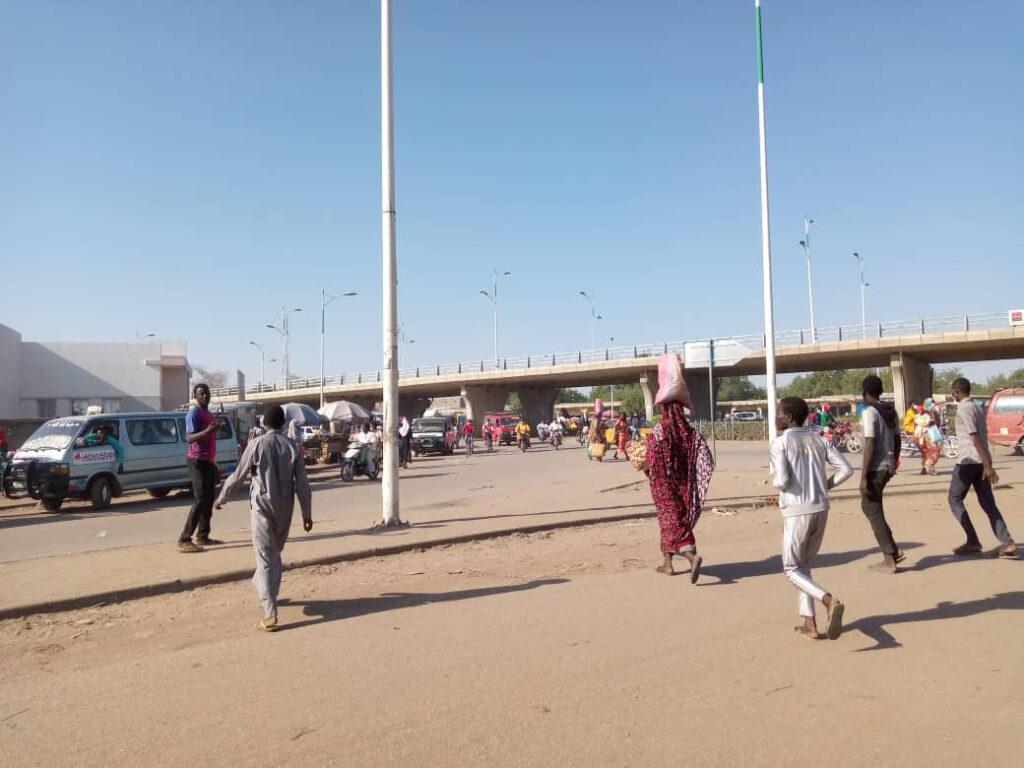 People scrambling to get home to safety in N’Djamena after news of Déby’s death spread. Photo credit: Oumar Abdelbanat

When Andrea Behrends read on her mobile phone the breaking news of President Idriss Déby’s death, she was sitting at her home desk in Berlin, teaching an online anthropology seminar at the University of Bayreuth on “Datafied Worlds” together with a colleague from Halle/Saale. Although the messages displayed exactly what they were teaching about – the digitalization of our realities – admittedly, focusing on the seminar became difficult, as the news blew her away. For 20 years she had conducted research in Chad, always together with her colleagues from the Centre de Recherche en Anthropologie et Sciences Humaines (CRASH), and all that time – and more (30 years to be exact) – Déby had ruled the country. Just re-“elected” for the sixth time, the president’s death did not come expectedly. Immediately thinking of her friends in N’Djamena, and what the news would mean for them, she wondered: uncertainty would prevail, for sure, but what else? Danger? Would the rebels of the Front pour l’Alternance et la Concorde au Tchad (FACT, the Front for Change and Harmony in Chad) attack the capital as other rebel groups already did in 2006 and 2008? What about the 15 army generals who took over rule, interrupted the constitution, dissolved the parliament and – against the constitution – enforced an 18-month interim period to “prepare elections”? Would they and Déby’s soldier-son Mahamat “Kaka” Idriss Déby be able to keep the situation calm? What about the French contingency based in the country? Too many questions. Here are some first impressions friends in Chad recall after receiving the news.*

When the news came first as rumour and later corroborated on social media platforms, everyone in the capital N’Djamena tried to get home as fast as possible, causing a major traffic jam. “I was in the office when I heard the news”, says Oumar Abdelbanat, “and I immediately got up and left, picked up my wife and we went home to safety.” The next thing was to send his little brother to the market to get provisions for the coming days. That’s what everyone did. Allah-Kauis left the mortuary he had visited when he heard the news, to also get home as fast as possible. From there he made calls to consult his friends about what would be the best thing to do in this situation. “There was already panic the day before, when the ruling government brought out tanks on the streets prior to announcing the election results!” The reaction to Déby’s death was more foreseeable. Going home to one’s closest kin and friends, waiting for what would happen next. That’s what they did during former rebel attacks, and all the other times before when the country’s government was overturned by other and opposing rebel factions/groups – just like Idriss Déby had overturned Hissein Habré 30 years ago.

What disappointed both, Oumar and Neneck, was the fact that France, in particular, but also the EU, did not condemn the unruly transmission of power to a Transitional Military Council (TMC), instead, supporting the parliament’s president who – according to the constitution – should have resided over the interim government until elections would take place 45–90 days later. France’s reaction to the coup was badly perceived by political opposition actors, civil society and some citizens. ”What we should call a coup d’état today, which keeps the old system in power, is not to the liking of all Chadians. That France supports this is incongruous and unwelcome. There is a risk that France’s interests will one day be attacked because of this support”, is what many predict. “They put stability in the Sahel before constitutional order and before the legitimate interests of the population”, is another reaction to their handling of the situation.

The two Chadian researchers foresee controversies over the composition and power of the TMC, and they anticipate no changes in the lack of freedom to demonstrate or apply any other democratic forms of contestation. They hope that the G5 Sahelian countries might have a say in mediating and the reconstruction of state institutions and could facilitate a dialogue between political parties and civil society. Still, if the rebels follow through with their announced attack on the new government, the French might still subdue them. But in the longer run, as internal strife over the handling of the situation has already started within Déby’s family and the Chadian military, competition within the ruling party and dissension within the national army might take over. The negative perspective is that – after the 18 months predicted by the interim government, and an extension of this period to 36 months as provided for in the charter – a controversial election will take place and the Systeme Déby would continue to govern, without Déby senior any longer present.

But hopes are also part of this situation. “This event is a great opportunity for Chad to definitively turn the page on dictatorship and armed rebellion. But if power is left in the hands of the military junta, Chad will not get out of the rut any time soon. Chad’s international partners are aware of this, as is the political class”, says Allah-Kauis Neneck. And one thing we all see for ourselves: “Researchers will also have to play their part in making balanced and concrete proposals.” We go with both, hope and fear, as usual in Chad.

Updates from the ground are courtesy of Oumar Abdelbanat and Allah-Kauis Neneck, two researchers and PhD candidates from N’Djamena and part of the team of CRASH. They have worked together with Andrea Behrends and are her long term research partners as well as Remadji Hoinathy, who has also been their teacher at the University of N’Djamena.

Andrea Behrends, Professor of Anthropology in Africa at the University of Bayreuth, Germany, in conversation with Oumar Abdelbanat, PhD candidate from N’Djamena at the University of Bayreuth, Allah-Kauis Neneck, PhD candidate from N’Djamena at CEPED Paris and Researcher at CRASH, and Remadji Hoinathy, Lecturer in the Anthropology Department, N’Djamena University, Senior Researcher, Lake Chad Basin Programme, ISS Dakar, and advisor to the Anthropological and Human Sciences Research Center (CRASH) in Chad.