Covid, lockdowns and vaccines: Why Africa shouldn’t copy the West

Every policy has costs and benefits. In most African countries, redirecting all resources to tackling COVID-19 will cost more lives than it will save. 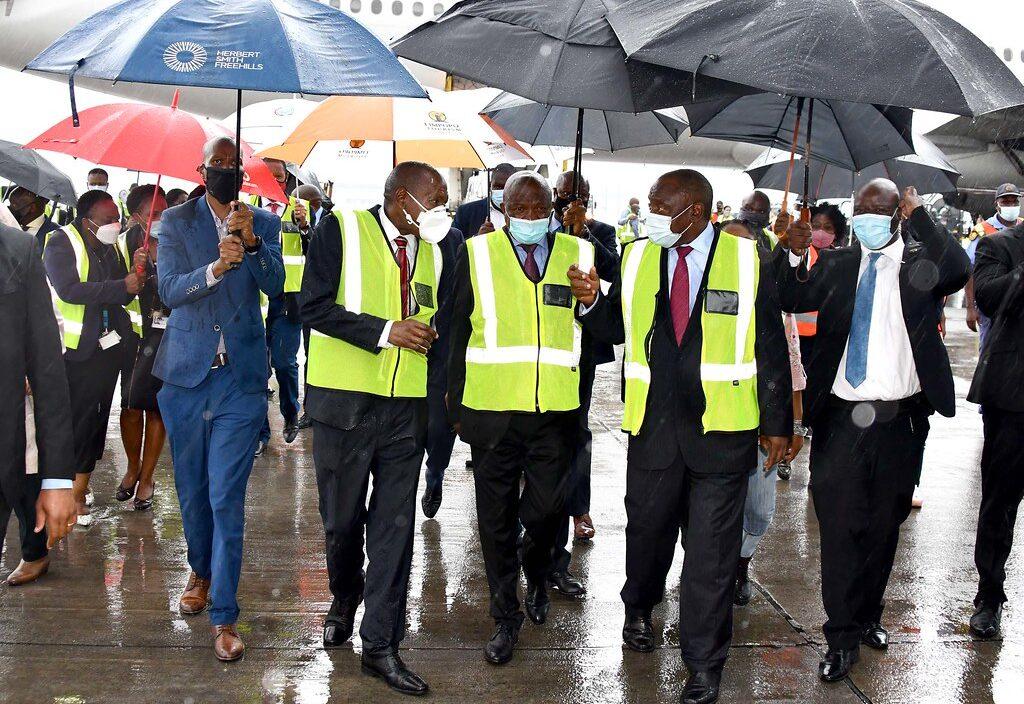 Since COVID-19 began spreading across the globe last year, every government in the world has had to decide on the best way to handle the pandemic. Weighing up a variety of factors, some – such as East Asian countries and various island states – have pursued elimination strategies to pursue “zero Covid”. Others – such as Europe, the Americas and India – have imposed on-and-off lockdowns in response to repeated waves of surging cases and deaths.

One of the outliers of either of these trends has been Africa. Many countries on the continent were quick to lockdown early in the pandemic, but soon opened up when this became economically unbearable. Yet unlike elsewhere in the world, this hasn’t resulted in huge increases in cases or deaths.

According to the latest figures, 120,000 people have died of COVID-19 in Africa. This is a huge and tragic number, but in South America, whose population is less than half the size of Africa’s, the death toll has been nearly five times higher. Europe, whose population is less than two-thirds of Africa’s, has seen over eight times the number of deaths.

When you consider the fact that over 90,000 of the continent’s casualties have been in just six countries (South Africa and the five North African nations), the relatively low toll from COVID-19 in the vast majority of African countries is even starker. Moreover, deaths from the coronavirus are notably much lower than from many other diseases. Malaria kills about 400,000 people each year in sub-Saharan Africa. HIV led to 300,000 deaths in East and Southern Africa alone in 2019. Even if COVID-19 deaths have been massively under-reported, the toll would still pale in comparison to other health threats facing the continent.

Whether due to the early lockdowns, youthful populations or other factors, the pandemic’s direct impact on people’s health in Africa has been much lower than in most of the world this past year. By contrast, however, COVID-19’s indirect impact on mortality may have been much higher. It is well established that in poorer countries, changes in GDP have a much bigger effect on life expectancy than in richer countries. This means that principles like “put lives before the economy” mean something different in most countries in Africa compared to, say, Western Europe. While restrictive lockdowns might save lives in the short term in higher-income countries with stronger safety nets and fewer people in poverty, they are much more likely to cost a large number of lives in lower-income ones.

Given this, a recent series of reports from the African Development Bank (AfDB) give serious cause for concern. They show that most African countries’ GDPs, which had typically been rising in recent years, collapsed in the last year. Several economies, such as Botswana’s, Cabo Verde’s, the Republic of Congo’s, South Africa’s, and Sudan’s, have declined by as much as about 10%. Furthermore, considering that much economic activity takes places in the informal economy, these figures may well be underestimates.

One of the few exceptions to this trend is Tanzania, for which the AfDB projected a modest increase in GDP. The Tanzanian Central Bank was more optimistic, estimating in January that its 5.5% growth target in 2020 had been achieved. This is significant since Tanzania was one of very few countries that largely shunned lockdowns. Whether this strategy was due to calculated policy and/or COVID denialism on the part of the late President John Magufuli, it has almost certainly saved more lives than the alternative lockdown approach.

As all countries continue to weigh up their strategies for dealing with the ongoing, one key lesson that African countries can learn from the past year is the most effective strategy in other parts of the world may not be the most effective one on the continent. This is particularly relevant regarding to the distribution of vaccines.

Many high-income countries have redirected large parts of their healthcare systems to dealing with Covid cases during surges and are now prioritising the vaccination of their populations above all other healthcare concerns. This may make sense in countries like the US or UK, which have lost nearly 600,000 and 130,000 lives to Covid respectively. But it may be counter-productive in most of Africa, where public health resources are far scarcer and where mimicking the same policies would involve drawing resources away from tackling diseases that carry a much heavier health burden than COVID-19, such as malaria, HIV, tuberculosis, and bilharzia. Vaccine programmes are vital, but policymakers need to ensure that their efforts do not come at the price of the work done to mitigate the illnesses which have the worst impacts on the continent.

At the outset of the pandemic, many in the West claimed that you should always choose to save lives over protecting the economy. In African countries, saving lives involves protecting the economy. As the evidence of the economic and health impacts mount, there is an urgent need to understand that the sands of the debate have shifted. It is vital that Africa’s health systems and population do not end up copying policies which have been designed to assuage needs and fears in the world’s richer countries.

The Possibilities and Intimacies of Queer African ...

Toby Green is a Professor of African History at King’s College London and the author of The Covid Consensus: The New Politics of Global Inequality (Hurst). He is a member of the Scientific Advisory Board of Collateral Global (https://collateralglobal.org)