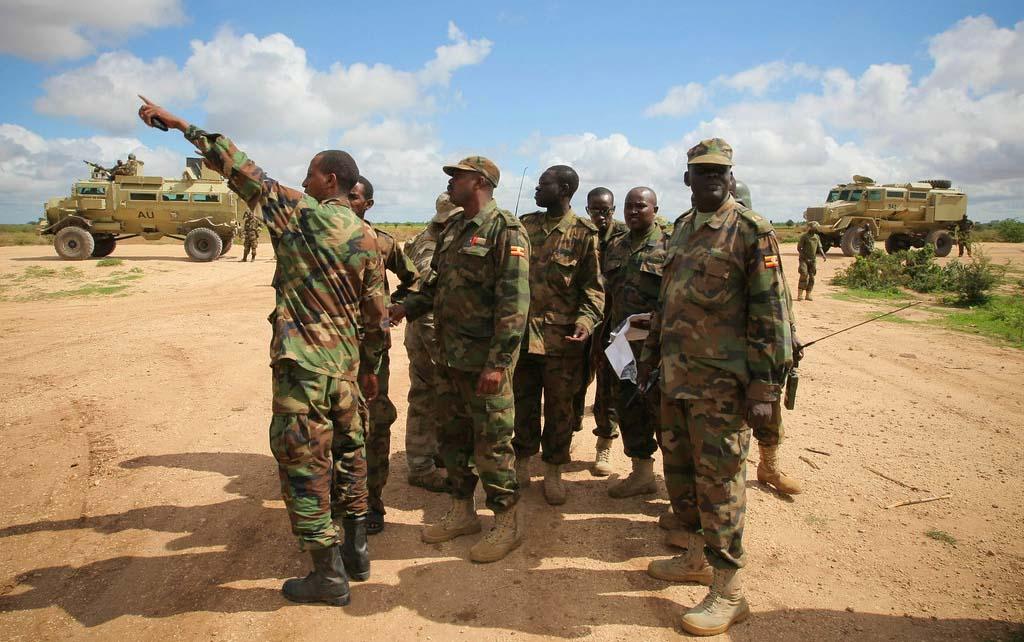 Somalia’s security challenges are almost always discussed at the macro level. For nearly a decade, the federal government and its international partners have looked at the country’s challenges primarily through the lens of “grand strategies”. From the 2014 Operation Indian Ocean to the 2017 Somali National Defence Strategy, these large-scale holistic frameworks have attempted to change the entire course of the nation through a combination of political, economic and security strategies.

However, they have largely ended up focusing on confronting al-Shabaab militants in a Hollywood-esque good vs. evil battle for territory. The Somali Transition Plan, for instance, considered both security issues and the delivery of public services in charting a way for the African Union forces AMISOM to transfer responsibility to Somali national forces. Yet the conditions for this transition – e.g. the provision of coordinated training, appropriate equipment, logistical and financial resources – have never been met, meaning the focus remains on the more immediate question of fighting Islamist militants.

In worrying echoes of Afghanistan, Somalia’s progress against al-Shabaab this past decade has been highly limited despite billions of dollars of investment and extensive international support. In fact, the militant group is estimated to collect more revenue from the Somali people than the government. It delivers services such as settling legal disputes that people do not trust the state to do. And it successfully spreads its propaganda through the grassroots using innovative communications strategies that keep people in fear.

The problem with grand strategies

Grand strategies are crucial for medium- and long-term security planning, but those in Somalia have fallen short. While they may have looked impressive and ambitious on paper, the reality on the ground has been very different as the country has tried to implement them in the face of the immediate challenge of countering al-Shabaab.

There are a variety of reasons for these failures. One is that the strategies are not sustainable and not based on the real capabilities of the Somali security forces and available resources. The plans are typically created by a range of actors, including the likes of the US, UK, Turkey, the European Union, African Union, and the UN. These international partners may make valuable contributions, but they also bring with them their own sets of values and strategic priorities. This often leads to the generation of uncoordinated and overly ambitious policies that lack local credibility.

A related aspect of this top-down and highly centralised approach that relies on international partners for resources and guidance is that it leaves the local population unsure of their own role in national efforts. This leaves out the Somali people, who are the ones with the real knowledge and power to secure their future. The fact that plans are made by top brass far away from the areas they are meant to transform also means that there is little local ownership over these policies, which often lie dormant.

There are many examples of grand strategies failing due to these reasons. One is the Gulwade plan of 2014 in which security forces were initially successful in capturing areas from al-Shabaab. In the absence of local support from the population or coherent plans to stabilise regained territories, however, al-Shabaab militants took back control quickly and easily.

Today, Somalia is still in this mode of relying on grand strategies and is currently attempting to follow the Somali Transition Plan. But, as with previous attempts, this framework is suffering from a mismatch between its ambitions and the resources available as well as the chaotic organisation of operations due to disagreements between the federal government, international partners, and federal member states.

For Somalia’s national security policies to be effective, they require more local engagement and participation. Top-down decision-making must be replaced with a bottom-up approach that can identify local challenges, resources, and opportunities to deliver sustainable security. The need for this is already well known. In fact, the Somali National Security Architecture envisages a locally led and nationally implemented grand strategy, but no real steps have been taken by the federal government to localise security planning and implementation.

The benefits of local engagement can be seen currently in the Galmudug federal member state. Operations there have been solely planned, coordinated, and led by Somali security forces. They are being supported by local clan militias, whose knowledge of the local terrain is invaluable, as well as the local population in providing information, supplies and, in some cases, shelter. These successes could be built on further and made sustainable if the Galmudug administration could be supported with direct humanitarian and financial assistance to help provide basic services to the population. In this way, all stakeholders would be jointly playing their part.

This points to another necessary change to Somalia’s approach. Its grand security strategies are almost always made in isolation from other key social and developmental goals, yet this “security first, everything else afterwards” policy is a failed one. When areas are liberated, al-Shabaab often returns quickly, sometimes within days. The public seldom cooperate with Somali government forces and AMISOM because they just do not know how long they will remain. Somali security forces are brave, but fighting is one thing and winning the hearts and minds of local communities is another. Building trust, especially in post-conflict environments, takes time and requires dialogue and the provision of basic services.

Afghanistan is not Somalia. But it serves as a cautionary tale that billions of dollars, untold international support, and top-down strategies are not sufficient to defeat a stubborn and patient insurgency. It is also telling that before fleeing Kabul, it was local warlords that President Ashraf Ghani tried to turn to hold back the Taliban.

International financing, support and training can be invaluable, but defeating al-Shabaab will ultimately require a partnership between the Somali government, federal member states and citizens. In the end, Somalia’s insecurity is a Somali problem that needs a Somali solution.

Liban Obsiye is a former Senior Policy Adviser at the Somali Ministry of Foreign Affairs. Liban A. Hussein is a security sector expert working in Somalia.