In most African countries, quality surgery is only for the rich. 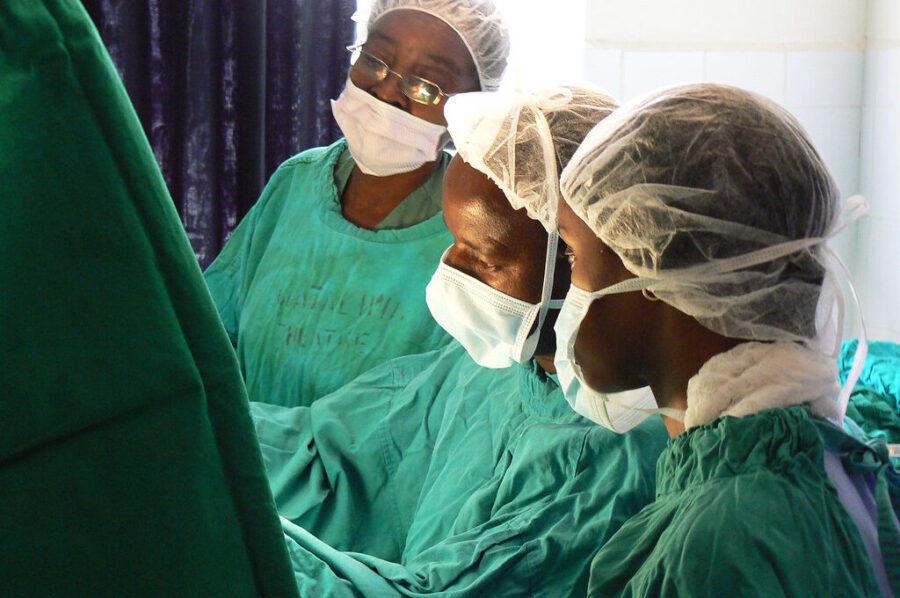 For decades, global health donors have understandably prioritised infectious diseases like malaria, tuberculosis, and HIV/AIDS in their efforts to save lives and improve health. However, new evidence suggests that about 30% of the global disease burden (death and disability from major diseases and injuries) could be addressed surgically – including in Africa. This includes conditions such as obstructed labour, trauma from road traffic accidents, cataracts, cancers, and congenital anomalies.

Globally, about two-thirds of the world’s population (five billion people) lack access to safe, timely, and affordable surgery. In sub-Saharan Africa, 93% of people lack access to surgical care, compared to 3.6% in high income countries. The solution is not just more surgery but higher quality of surgery.

In Africa, the impact of poor access to quality surgical care is particularly dismal. Take maternity services. African governments and global decision makers have committed to reducing maternal mortality and ensuring that no woman dies in pregnancy or childbirth. Yet African mothers are 50 times more likely to die after giving birth by caesarean section than women in high-income countries. The drivers of this shockingly high statistic are heavy bleeding after giving birth (peripartum haemorrhage) and anaesthesia complications, both of which can be addressed by improved patient assessments and training.

Unlike high-income countries where surgical patients tend to be older, surgical patients in Africa are generally younger and have fewer health conditions that might complicate their care. Yet they are still more likely to develop infections after surgery than patients in higher income settings.

Sadly, I know this from personal experience. One year ago, I broke my thigh bone in a terrible car accident on the busiest highway in Cameroon. After thoroughly researching the safest and most skilled place to have a bone fracture reduction, I decided on a private clinic in the capital Yaoundé. I paid thousands of dollars for the surgical care I received. Unfortunately, almost three months later, I discovered that I had developed a bone infection, most likely because of poor sterilisation during the surgery. The operation had to be redone, followed by months of gruelling and expensive antibiotic treatment and physiotherapy.

I thought to myself: if this is the best quality care that I, a relatively privileged young man, can receive in Yaoundé, what is the situation for the majority who live below the poverty line? And with road accident rates rising across Africa, the demand for trauma surgery is only going to increase.

Safe, timely and affordable surgical services are an essential element of any system that professes to provide universal health care, according to Tedros Ghebreyesus, Director General of the World Health Organisation. However, in most African countries, quality surgery is, in reality, only for the rich.

We all know that when top government officials and business elites in Africa need surgery, they fly to Dubai, the US, or Europe. The majority of the population that doesn’t have the luxury of being airlifted to fancy foreign hospitals are left to suffer substandard care, if they have access to treatment at all. Children born with congenital conditions like cleft lip and palates either die of malnutrition or are stigmatised and hidden. Thousands of men and women perish from cancers that are easily treated with surgery elsewhere. Millions are further impoverished as they are forced to borrow or sacrifice their livelihoods to pay for surgical care for their loved ones.

Some governments and donors have begun to recognise the need to improve access to quality surgical care, especially c-sections for pregnant women. Ministries of Health in Tanzania, Zambia, Ethiopia, Rwanda, Nigeria, and Madagascar have all developed national surgical, obstetrics and anaesthesia plans with the support of foreign consultants and academic institutions. Yet these plans have failed to achieve their goals, primarily because governments and donors have not allocated resources needed to implement them. The plans just sit on a shelf.

Despite the 2001 Abuja Declaration that saw African heads of state commit to spending at least 15% of government budgets on health, many governments fall far short of this target. Health care priorities also continue to be heavily influenced by foreign donors, who remain the major source of healthcare spending in most African countries.

If we are to prevent women dying from obstructed labour and African youth being decimated by road injuries, we need more than commitments, resolutions, and plans. We need action. African elites must put themselves in the shoes of ordinary citizens. Governments that have signed national surgical, obstetric and anaesthesia plans need to finance those plans and implement them – ideally from the national tax base but also by urging foreign donors to invest in their priorities.

Safe surgery is not a luxury. It is a critical part of the right to health for all.

Desmond Jumbam is a global surgery leader who works with health providers, patients, and health champions to urge decision makers to invest in safe surgical care. He serves as Director of Health Policy and Advocacy at Operation Smile and is a board member of King’s Global Health Partnerships at Kings College London.