Since the law was proposed, instances of violence  – including seemingly organised crime – against Ghana’s queer community have increased. 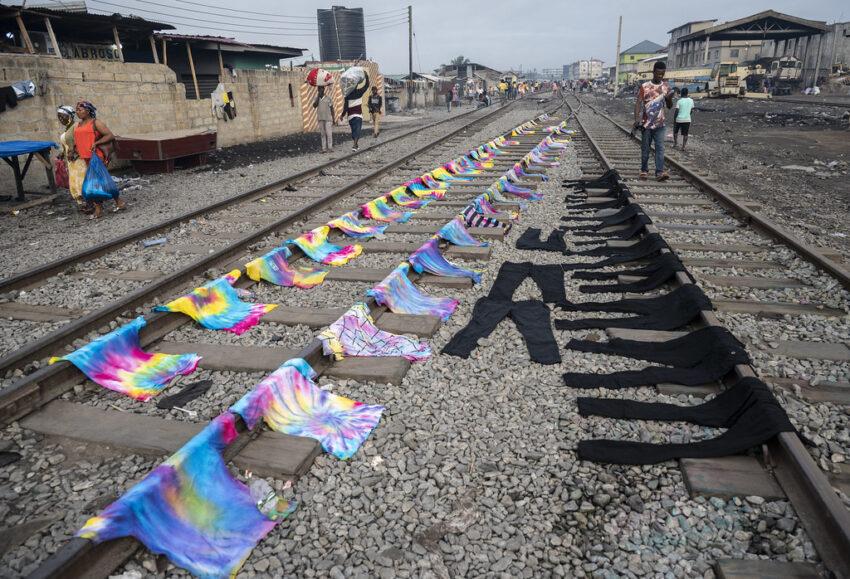 Last year, Ghana’s parliament introduced a controversial new anti-LGBTQ bill that could further criminalise same-sex acts and identities. Although homosexuality was initially outlawed under colonial rule – as in many African countries – and then in Ghana’s 1960 Criminal Offences Act, the new bill could significantly increase penalties and offences.

If passed, the Promotion of Proper Human Sexual Rights and Family Values Bill would introduce jail terms of up to 5 years for same-sex intercourse, up to 10 years for anyone “promoting” LGBTQ activities, and up to 1 year for a same-sex “public show of amorous relations”. Among other things, the law would also forcibly disband all LGBTQ organisations, ban trans healthcare, and prohibit adoption by same-sex couples.

Although it has not yet been signed into law, the anti-LGBTQ bill has already affected the lives of Ghana’s queer communities. A report this year by Outright International found a surge of violence against LGBTQ individuals. Of the 44 queer Ghanaians interviewed in the research, including paralegals and activists, every single one said they knew someone who had suffered some form of harassment or discrimination. These included sexual violence, arbitrary arrests and detentions, beatings, mob attacks, evictions, and forced conversion practices.

Particularly worryingly, the report also found a sharp increase in targeted attacks in the form of blackmail and extortion. Several interviewees reported having been blackmailed and extorted, some more than once.

Donald*, a paralegal based in Accra, for instance, explained that the Grindr app has become a hub for blackmailers in Ghana; “they meet you on Grindr, take your phone, harass you, blackmail you,” he said. Osei, a trans woman, said she was extorted by someone she was considering dating; “he asked me to give him money, and when I refused, he threatened me that he would tell people that I am queer”, she said. Solomon, a transgender woman, was extorted by a man she met on Grindr; he took her money and phone and said he would take her to some priests to “pray for me so I can stop”.

Some criminals are even more emboldened and organised. Mark, an LGBTQ rights activist, received a call from someone saying they had been the victim of violence. When he went to meet the caller, seven men accosted him. They beat him up, took him to a house, stripped him naked, and took pictures and videos of him. The gang demanded GH₵5,000 ($345) from him, but after pleading, they settled for GH₵4,000 ($275). Mark paid them from his mobile money wallet after borrowing some money from a friend.

“They had a knife pointed at me and threatened to kill and bury me in the house, and no one would know,” he said. After releasing him, the men then demanded money from Mark’s phone contacts. “They said they would use those videos as evidence against me if I reported them,” he added. Mark believes the gang had undergone training to target and attack LGBTQ persons.

This trend of organised crime following the introduction of the anti-LGBTQ bill in Ghana should come as little surprise. In Nigeria, the prevalent crime of “kito” – in which predators target and extort queer people usually through dating apps – increased following the introduction of an anti-LGBTQ law in 2014, according to research by The Initiative for Equal Rights (TIERS). Perpetrators reportedly regard their crimes as “legally sanctioned” by that bill. It is certainly the case that victims struggle to get justice as they fear reporting violations due to law enforcement’s institutionalised homophobia and transphobia, and for fear of being further targeted by police themselves.

In Ghana, crimes against queer people have already increased despite the anti-LGBTQ bill not being passed yet. The Committee on Constitutional, Legal and Parliamentary Affairs has held public hearings on the proposed law but has not yet presented its report. The chair and deputy ranking member of the committee – MPs Kwame Anyimadu-Antwi and Francis-Xavier Kojo Sosu, respectively – declined to respond to African Arguments’ questions on the link between the proposed law and rising violence against queer Ghanaians.

When the bill does reach its second reading in Parliament, there is still hope that it might be scrapped. However, as we have seen from Ghana’s experience in the past year, even the possibility of further criminalising queer activities can be seen as sanctioning discrimination, abuse, and crimes against LGBTQ people.

*names of interviewees have been changed to protect their identities

Ohotuowo Ogbeche is a researcher with OutRight Action International.

For decades, Asian-Africans were both victims and agents of colonial racism. This history still reverberates today. When I reflect about being Asian-African, I often think to a fight I had as ...
By continuing to browse this site, you agree to our use of cookies.