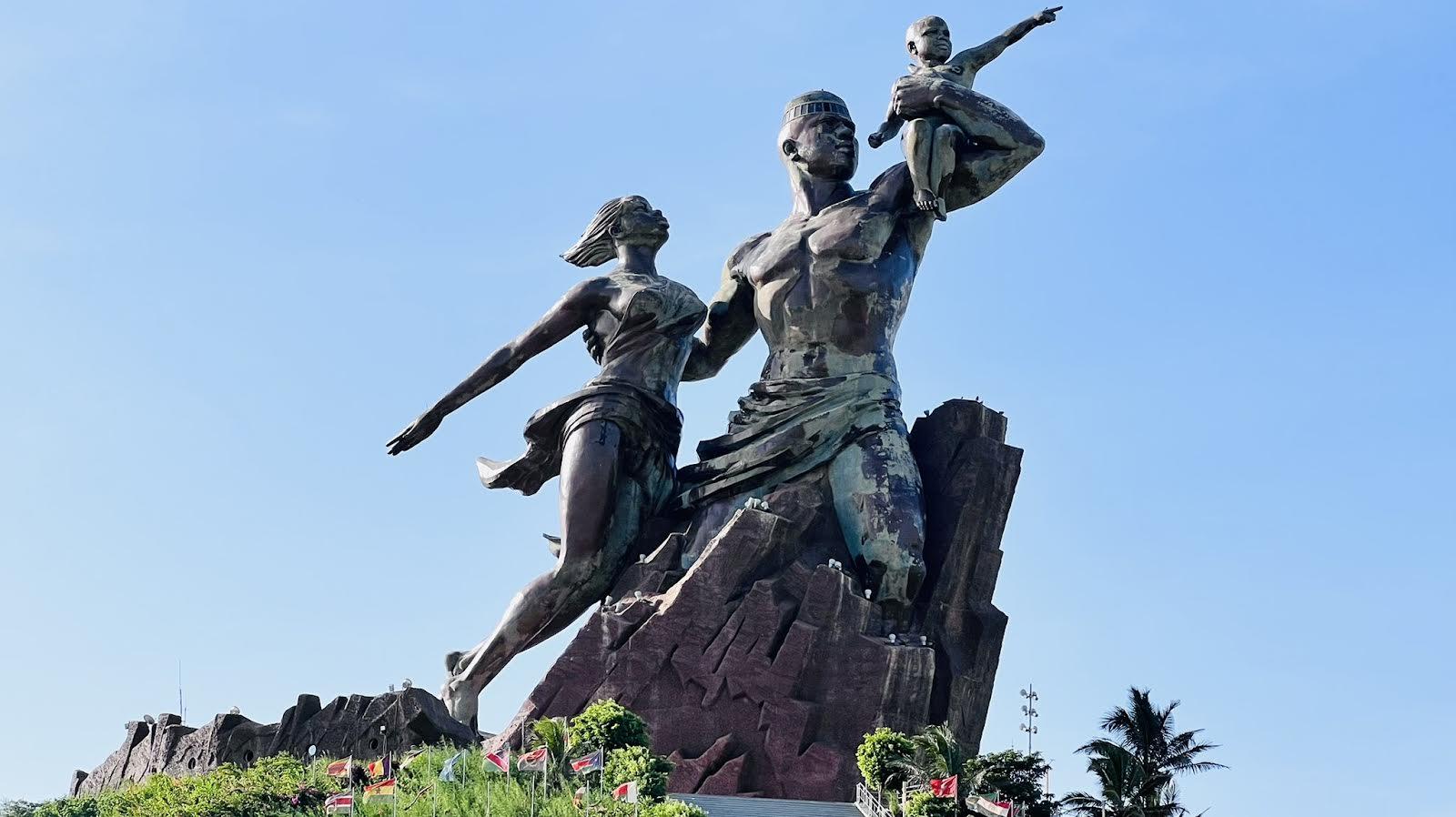 ‘Too much has been made of origins. All origins are arbitrary. This is not to say that they are not also nurturing, but they are essentially coercive and indifferent. Country, nation, these concepts are of course deeply indebted to origins, family, tradition, home. Nation-states are configurations of origins as exclusionary power structures which have legitimacy based solely on conquest and acquisition.’

A Map to the Door of No Return: Notes to Belonging,

I started writing this letter after coming across a Mail & Guardian headline that read, ‘Meet Uganda’s first transgender citizen’. Cleopatra Kambugu got her national identity card. Not dead-named, not misgendered. You and I know the hoops anyone has to jump through to simply get that piece of plastic. Imagine having to get one as a trans person. But she managed and I was thinking about you while this story of Uganda’s first transgender citizen was shared.

You have one of these plastics that hold so much weight. Not dead-named, not misgendered. You’ve had it for a while. I bring this up to acknowledge that the language of ‘firsts’ is important to human rights activism and it does important work in highlighting certain issues, but also to point out that we have been subverting and using the inefficiencies of the government to make life possible for ourselves. That you have one is testament. It also articulates a sort of ‘shadow feminism’ that is nestled in unravelling the state logics from within. Jack Halberstam in The Queer Art of Failure defines shadow feminisms as taking the form not of becoming, being, and doing but of shady, murky modes of undoing, unbecoming, and violating. Whatever processes many like you have (un)done, violated and otherwise escaped a form of legibility to make sure you are navigating life with a government approved ID, that says you are who you say you are, has given you access to a citizenship that knows you by the name you call yourself. Does that, however, mean a recognition of your transness? Does that ensure at any point, after the recognition, it is afforded to the next trans person who so desires it?

What I am saying is freedom is not, cannot be, a mere ‘truth-telling about oneself’ because as Foucault in Wrong-Doing, Truth Telling explained, the kind of avowal this recognition demands ‘incites or reinforces a power relation that exerts itself on the one who avows.’ The declaration of transness, the recognition of it as such, especially in Uganda, in the neocolonial African state, is almost always a violent encounter to brush up against.

My preoccupation, as you know, is in the elsewhere: otherwise space that we have created outside of these encounters.

Kambugu’s story was picked up by a number of international media and on DW. Speaking of the importance of trans people being recognized, she says, ‘I exist. I’m here. This is what I look like. Can you plan for me? Can you account for me?’ There is, in Kambugu’squestions, an echo of Poetra Asantewa’s desire for ‘a love that has mapped out the possibilities of my existence and made room for each one of them’, which, she asserts, is a love her country cannot afford to give. The idea of a ‘transgender citizen’ is an oxymoron. One can have the documents, the government approved plastics but to be queer (really, to be Black) is to exist outside the bounds of citizenship. The logic of cartography – to confine, to define, to mark – is at odds with blackqueer fugitivity. In Stolen Life, Black studies scholar Fred Moten writes,

‘Fugitivity, then, is a desire for and a spirit of escape and transgression of the proper and the proposed. It’s a desire for the outside, for a playing or being outside, an outlaw edge proper to the now always already improper voice or instrument. This is to say that it moves outside the intentions of the one who speaks and writes, moving outside their own adherence to the law and to propriety.’

I use blackqueer, after Ashon Crawley, within ‘a Black feminist tradition of struggling to make sense of – by producing a fundamental critique against – the normative world, and it practices a restlessness of word and phrase that seeks ways of existence otherwise.’ To foreground a view of blackness and queerness as mutually constitutive. I use blackqueer because of its spatiotemporal capaciousness. The blackqueer makes space for the Kenyans trying to annul laws that outrightly criminalize their existence, for the Nigerians, the Senegalese, the Ghanaians … and what I am gesturing towards is a social world that extends beyond, that cannot and refuses to be written within the ideological fiction of the nation-state. I keep returning to the poet and scholar S. A. Smythe’s question, ‘Do we want the state to love us or do we want to be free? Is what we are fighting for conditional citizenship or are we making demands and laying the grounds for our own emancipation?’

The cartographic, and the demand to be legible within it, is a justification for sites of violence.

Listen, I finally saw the African Renaissance Monument in Dakar in person. Forty-nine-metre bronze statue that towers over the city. It’s majestic and makes for great Instagram #views especially with the lights at night. It captures what I am trying to relay so perfectly. A man holds a child on his shoulder with his other hand around the waist of the woman. I would go into Engels’ The Origin of the Family, Private Property and the State here to rant about this valorization of the nuclear family to the detriment of the community but I’ll just say, it’s so predictably heterosexual. The ‘best’ part of this is the flags of all African states at its feet. Unironically. I saw this and cackled. Nduko o’Matigere coined the term ‘Man-Africanism’ that writer Nanjala Nyabola describes in this way:

‘At the core of Man-Africanism is the idea that people means man: the black man is the natural leader of Africa. Independence is a masculinized discourse, and the liberation of men was to lead to the liberation of women, children, and the elderly. Like other trickle-down theories, this hasn’t been the case. Instead, the consolidation of power in the hands of privileged men has been at the expense of everyone else. But it has been so uncritically woven into intellectual discourse on African history that we have never had a discussion on the real-world impact of Man-Africanism on Africa.’

I wouldn’t write to you without gossip to share. You know, it’s recently been election season in Kenya. The other day N. (yes, our N.) was telling me they had to get a new cab driver because the one they’ve had for the longest time travelled to the village. He’s contesting for a council seat and guess what? The major blows to his campaign at the moment are that one, he is unmarried, and two, he is the child of a single mother (I hate the phrase ‘single mother’ as you might imagine). This is also why I don’t bother myself with elections anymore. We know the homophobic rhetoric we have to deal with in Uganda’s election cycles. Candidates routinely ‘accuse’ each other of being funded to support the gay agenda. Collateral damage.

Returning to Dionne Brand’s question – ‘What we have to ask ourselves is, as everyone else in the nation should ask themselves also, nation predicated on what?’ – the conception of the citizen in the neocolonial state that was created in the colonizer’s image is one predicated on cis heteronormativity.

I want to know what you think about all this in relation to yourself as ‘Ugandan’. I’m so firmly on the other end that rejects the idea but you usually balance out my views. You think more about the practicalities.

I have been listening to Obongjayar’s Some Nights I Dream of Doors on repeat and I have been trying to imagine blackqueer fugitivity beyond the nation-state, maps as beyond geography, geography as beyond places. Malala Andrialavidrazana’s Figures make me believe in this possibility of reconstruction, the way she works with maps. I could get you a print of her work for your house if I could. I wanted to write you about all this to say you represent, for me, possibility that is beyond state capture.

‘African Feminisms: A Constant Awakening’ is Debating Ideas’ latest series – co-edited by Rosebell Kagumire – examining social and feminist movements on the continent, the shifts and implications internally and externally. What is shaping the discourse around women’s and gender-diverse people’s issues and their rights? The series will investigate some of the most pertinent intersecting issues such as: understanding the division of theory, policy and practice; new age influences and what grounds them? These themes will be situated in larger continental debates of politics and human development as well as lessons from South-South collaboration in re-centring decolonization in the struggle for equality and freedom.

Mirembe works with art as a curator, editor, writer and researcher. They are a Zeitz Museum of Contemporary Art Africa and University of the Western Cape Museum fellow. They were a 2021/2022 Center for Arts, Design and Social Research fellow. They have been a curator in residence at Bag Factory Artist Studios in Johannesburg and were also a curatorial fellow for the KLA ART 21 Festival, a contemporary visual arts festival in Kampala produced by 32° Degrees East | Ugandan Arts Trust. Mirembe is also a published writer whose work has been featured on Literary Hub, Africa is a Country, Johannesburg Review of Books, African Feminism, Africa In Words, and others.