Is it time to abandon decolonisation?

Decolonisation has become an uncritical and condescending buzzword used to police what it means to be African, argues a sharp new book. 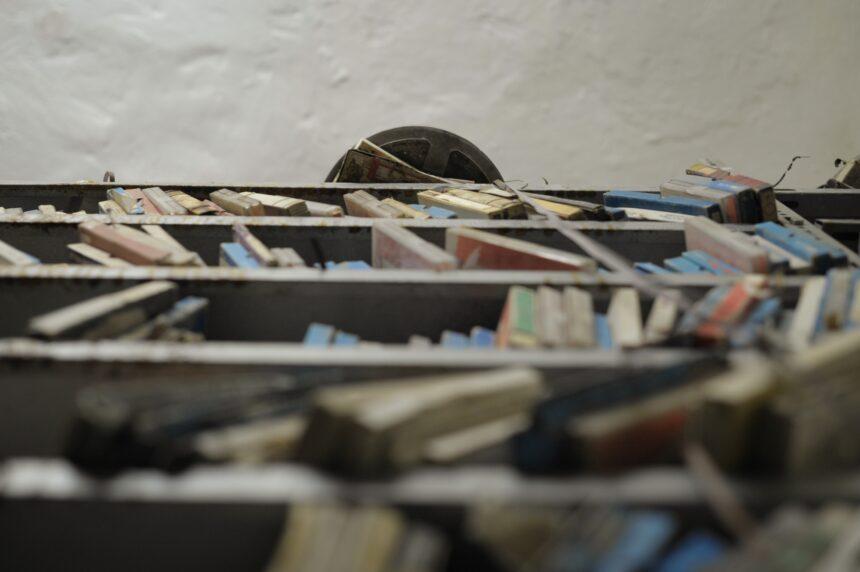 Does a focus on decolonisation inflate the importance of the West and undermine African agency in shaping history, thought and ideas?

Does decolonisation, as an intellectual project, harm scholarship in and on Africa? Should it be abandoned? According to Olúfẹ́mi Táíwò, the answer to both these questions is yes. In his book Against Decolonisation: Taking African Agency Seriously (Hurst/African Arguments, 2022),  the philosopher contends that we should limit our use of “decolonisation” to what he considers its original – and much more clearly delineated – meaning: namely, self-government in politics and economics.

When the idea of “decolonisation” becomes ubiquitous and is applied to all ideas – from philosophy to literature to political theory – the project fails to take African agency seriously, argues Táíwò. It unhelpfully traps intellectuals to notions of authenticity, nativism, and atavism. This version of “decolonisation”, he says, is a kind of intellectual xenophobia. It makes its mission the purging of any ideas with foreign provenance; “anything that is present while colonialism lasted is irremediably sullied by the colonial imprint, and, therefore, can have no place in the world beyond colonialism.” Such a project puts colonialism on a pedestal. It makes just a few decades of African history an all powerful master-signifier, the lens through which all post-colonial life is seen.

This flawed approach, according to Táíwò, inflates colonialism’s significance in two ways. Firstly, it fails distinguish between changes that were part of the colonial project and those that were merely incidental to it. Secondly, it undermines African agency by discounting Africans’ capacity to domesticate and appropriate ideas. It condescendingly presumes that if Africans see value in foreign thought, it must be because their minds remain colonised. Much of Táíwò ‘s frustration stems from the way in which certain narratives of decolonisation turn Africans into “permanent subalterns” prohibited from appropriating and domesticating ideas from those in other parts of the world, as humans have for time immemorial.

Táíwò’s critical interventions in Against Decolonisation have been echoed by other theorists. In South Africa, where talk of decolonisation is popular, Jonathan Jansen has questioned the tendency to treat Africa and the Global South as inherently peripheral. He uses the idea of distinct “knowledge regimes” – of which colonialism is one of many – to warn against reducing complex problems to a single source. Debates within Southern theory similarly unsettle the narrative of an omnipotent Global North and powerless Global South by offering thick descriptions of how agency is exercised in an unequal global knowledge economy.

Philosopher Paulin Hountondji also disapproves of ideas that essentialise Africanity. He aims instead to open up “the possibility for a plurality of philosophical traditions and objects of inquiry that the African philosopher might turn to, by not making him or her the prisoner of any identity-based prescriptions of what ‘authentically’ African approaches and themes have to look like”. Elsewhere, Souleymane Diagne has argued for the treatment of Africanity as an open question, emphasising the importance of a continuous process of “translation” in developing a notion of “lateral universalism”. And one could also invoke Achille Mbembe’s calls to “de-substantialise” Africanity, a theme that resonates with Afropolitan reimaginations of Africaness as a transcultural phenomenon.

These debates raise key questions about the interplay of nationalist and cosmopolitan orientations to Africanity in intellectual life. Do we celebrate what Francis Nyamnjoh has described as the “incompleteness” of being and the “permanence of debt and indebtedness” that demands conviviality? Or do we look to partition and sort ideas and people into rigidly bounded enclaves according to race, nation, ethnicity, geography, etc?

It seems to me that an important question raised by Táíwò is the possibility of a “critical universalism” and whether this requires abandoning the vocabulary of decolonisation. By critical universalism, I mean the belief that a meaningful engagement with Africa in all its specificities can include the pursuit of universal goals and the discovery of common concepts and values. A project, to borrow from Michael Cronin, that is sensitive to both the pathologies of difference – which risk separatism by conflating contact with contamination – and the pathologies of universalism – which risk erasure of, and violence towards, otherness.

For Táíwò, the narrative of decolonisation is unsuited to this project because it gives up on the “oneness of humanity”. Some may disagree with him, seeing his characterisation of decolonisation as an unflattering caricature of the mission to take seriously historically induced silences and erasures. But the ideas Táíwò critiques are nonetheless present and recognisable. They go as far, as I have experienced, as claiming Africans should renounce “English” names because they constitute a colonised subjectivity. Such an argument can only work, Táíwò would argue, if it treats naming practices as either singularly colonial or decolonial.

Against Decolonisation is a rigorously combative intervention in the application of decolonisation to thought and ideas. Though the author opts for ditching this project altogether, his overarching argument is better seen as cautioning against decolonisation’s fetishisation into a buzzword by encouraging readers not take its meaning for granted. In my view, Táíwò offers a distinct critique of decolonisation-as-confinement, though other meanings of the term are possible and desirable. Nonetheless, his warning against intellectual enclosure whereby only certain topics, tones, and modes of expression are available to Africans has important ethical significance. It highlights how intellectual decolonisation can fall into a politics of belonging in which the boundaries of Africaness are policed and contested. Amidst the current clamour to decolonise this and that, Against Decolonisation invites readers to critically interrogate the boundaries of Africanity.

This article is part of a series of book reviews in collaboration with Debating Ideas.

Anye-Nkwenti Nyamnjoh is a Senior Research Officer at the University of Cape Town where he works on leveraging the African Humanities in ethical debates around new and emerging health technologies.