The insecurity ahead of Nigeria’s 2023 elections is unprecedented

What will this mean for the running and credibility of the polls? 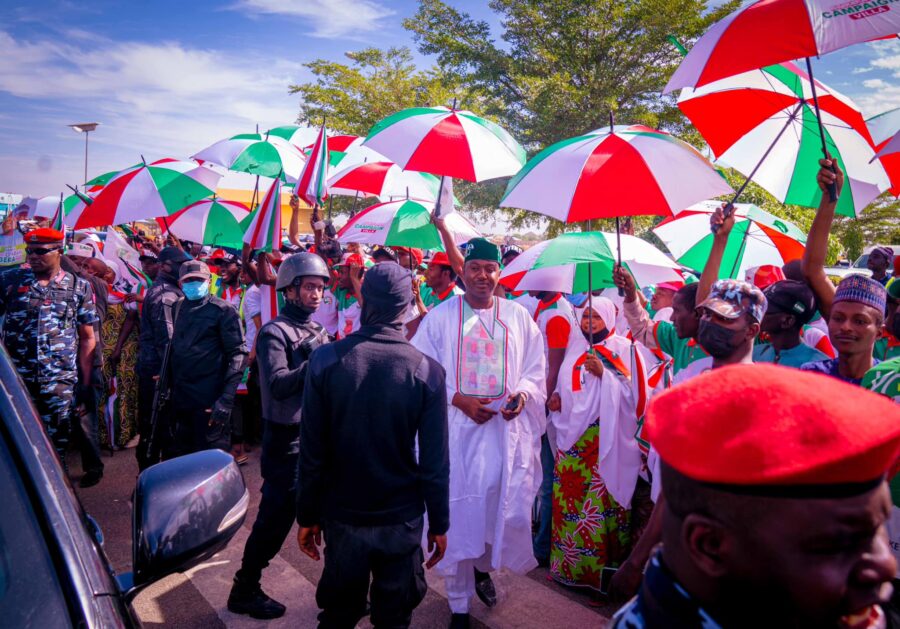 Nigeria’s elections in 2023 will mark 24 years of unbroken democracy, the longest stretch since independence. They will see, for only the second time, no incumbent on the presidential ballot. And, under a new electoral law, it is hoped that the process will be more credible than ever before.

However, they will also be taking place amid an epidemic of insecurity. From Islamist militancy to separatist agitations, and with banditry and farmer-herder conflict in between, no geopolitical zone in Nigeria is unaffected. Guaranteeing the security of voters, election materials, and polling officials will be a herculean task and one that politicians are likely to make more difficult rather than easier.

The Islamist militant groups Boko Haram, Ansaru and ISWAP have consistently maintained their aversion to democracy and have established enclaves in parts of Zamfara, Katsina, Kaduna and Niger states. Already, the Al-Qaeda-linked Ansaru has stopped campaigning from taking place in Birni Gwari local government area of Kaduna state. In the northwest, there are also over a hundred groups of bandits engaging in kidnapping, looting, and arson in what they see as ideological warfare against the Nigerian state. The possibility of bandits and Islamists working together to disrupt the elections remains high, with the two groups already collaborating when it is of mutual interest.

In the southeast, the continuous agitation for a separate state of Biafra poses another sizeable obstacle to the 2023 polls. Led by the Indigenous People of Biafra (IPOB), which has since fractured into at least three different groups, the separatists have previously called, successfully, for polling day boycotts. They are likely to do so again given the continued detention of IPOB leader Nnamdi Kanu. The group’s armed wing has also been behind recent attacks on staff and infrastructure of the Independent National Electoral Commission (INEC). In Imo state, an electoral official was killed during the voter registration process.

Political violence poses another – arguably even greater threat – to the 2023 polls. In just one month – between 8 October and 9 November 2022 – Nigeria recorded 52 incidents of inter- or intra-party violence across 22 states, according to the National Security Adviser Babagana Monguno. Since the start of the year, the Nigerian Elections Violence tracker has documented 130 violent events and at least 200 fatalities linked to politics. Political violence has increased in the run-up to the elections. Moreover, with Nigeria’s three major ethnic groups all represented by frontline presidential candidates – Atiku Abubakar (Hausa/Fulani), Bola Tinubu (Yoruba) and Peter Obi (Igbo) – ethnic divisions are likely to be exploited by diehard political supporters using disinformation to further ignite tensions.

Under the guise of addressing insecurity, several non-state armed actors have emerged to try to maintain law and order. Some – such as Amotekun in the southwest, Ebubeagu in the southeast, and the Civilian Joint Task Force (CJTF) in the northeast – are backed by the state and their governors. These poorly trained groups may increase security, but there are concerns that they may be instrumentalised to serve political purposes as elections near. There are already allegations, for instance, that the CJTF in Borno state is taking down all opposition People’s Democratic Party billboards, while the Ebubeagu has been accused of intimidating political opponents of Governor Dave Umahi in Ebonyi state. The use of militia groups by politicians is far from unfamiliar territory in Nigeria.

More formal approach, such as the intensification of military operations, could help tackle insecurity in the run-up to elections. However, the manner in which the military conducts itself will also matter. Recent allegations about the problematic conduct of the security forces in the southeast threaten to further undermine its role as guarantor of security, with implications for the conduct of safe and credible polls.

It is estimated that INEC may need over 1.4 million ad-hoc officials to conduct the election in the country of an estimated 210 million people. The fear of violence may make it difficult to recruit the necessary staff. Furthermore, the continuous attacks on INEC infrastructure – there have been at least six assaults since the start of November – will impact the body’s ability to organise effectively within budget as it seeks to replace destroyed materials. Heightened insecurity will also impact INEC’s ability to deploy to all the registration areas across the country, access more than 176,000 polling units, and distribute essential voting materials.

Nigeria also has an estimated three million internally displaced persons (IDPs) scattered across more than 20 states. Given that voting is tied to where people are registered, there is a huge likelihood that many IDPs will be unable to cast their ballots. INEC does now have a framework and regulations for IDP voting and held IDP voting in the northeast and north-central in 2015 and 2019. However, the refusal of the governors in the northwest, southeast and other states ravaged by recent flooding to declare an IDP situation or even allow for formal camps means there are no grounds for the deployment of this tailored approach.

Insecurity and political violence are not new features of Nigeria’s election cycles. However, no election has been threatened by such widespread insecurity – including the 2015 election, which was postponed for six weeks due to the Boko Haram insurgency.

The fear of violence may translate into citizens not showing up to cast their votes, contributing to an even lower turnout than the 34.75% figure in 2019 and further introspection about whether Nigeria’s democracy is fit for purpose. Worse still, it could prevent INEC from declaring a winner in national or some subnational polls, given the constitutional provisions that require a winner to secure 25% of the vote in two-thirds of the states for the presidential race or districts in the case of governors.

Lagos is unique but not in the ...