Wars do End: why conflict in Africa is falling – By Scott Straus 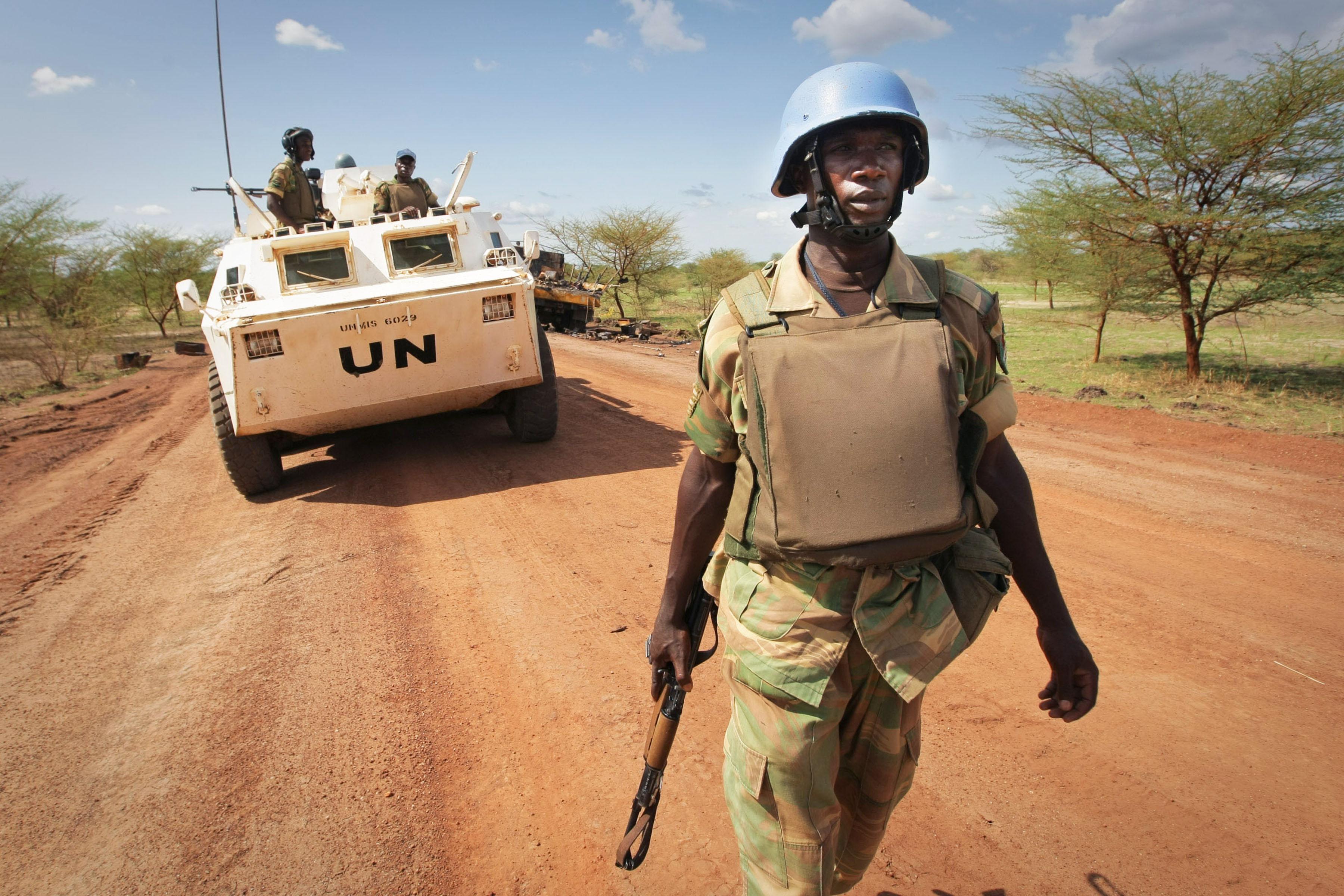 Patterns of violence in Africa are changing, and better peacekeeping provision may be one of the reasons (UN photo library).

Recent events in Mali, the Central African Republic, the Democratic Republic of the Congo, and Sudan seem to confirm one of the most durable stereotypes of Africa, namely that the continent is unstable and uniquely prone to nasty political violence.

Gettleman is right that warfare and political violence are changing on the continent, but he is wrong to portray that change as one of brutal violence increasing out of control.

In fact, as I show in a recent piece in African Affairs, looked at since the end of the Cold War, wars are not becoming more frequent in Sub-Saharan Africa. To the contrary: according to the Uppsala Armed Conflict Data Program, the preeminent tracker of warfare worldwide, wars in the 2000s are substantially down from their peak in the early 1990s. Even if one counts an uptick during the past two years, there were about one-third fewer wars in Sub-Saharan Africa in the period compared to the early-to-mid 1990s.

Another prevailing view is that Sub-Saharan Africa is the most war-endemic region. Not so, especially if one looks at the continent’s history since 1960. Wars in Sub-Saharan Africa (compared to other world regions) are not longer or more frequent on a wars-per-country basis. Those distinctions effectively go to Asia, where between wars in India, Afghanistan, the Philippines, and Vietnam, among others, wars are more frequent and longer lasting.

The pattern holds true for extreme cases of mass killing, like Rwanda in 1994 and Darfur in the mid-2000s. Such events are on the decline in Africa; viewed across time, Africa is also not the regional leader of such events on a per-country basis.

My point is not to engage in crude regionalism, but rather to suggest that what often transpires as common sense about Sub-Saharan Africa is wrong.

The bigger point is that we may be witnessing significant shifts in the nature of political violence on the continent. Wars are on the decline since the 1990s, but the character of warfare is also changing. There are today fewer big wars fought for state control in which insurgents maintain substantial control of territory and put up well-structured armies to fight their counterparts in the state””Mali not withstanding. Such wars were modal into the 1990s. From southern Africa in Angola, Mozambique, Namibia, and even Zimbabwe to the long wars in the Horn in Ethiopia, Eritrea, and Sudan to the Great Lakes wars in Rwanda and Uganda, the typical armed conflict in Africa involved two major, territory-holding armies fighting each other for state control.

Today’s wars typically are smaller. They most often involve small insurgencies of factionalized rebels on the peripheries of states. Today’s wars also play out differently. They exhibit cross-border dimensions, and rather than drawing funding from big external states they depend on illicit trade, banditry, and international terrorist networks.

Typical of today’s wars are the rebels in Casamance, in the Ogaden region of Ethiopia, various armed groups in Darfur, and the Lord’s Resistance Army. The latter typifies an emerging trend of trans-national insurgents. The LRA moves across multiple states in the Great Lakes region. Northern Mali is another case in point – prior to seizing control of the north, the Islamists moved across multiple countries in the Sahel. Once they gained territorial control in 2012, they attracted fighters from Nigeria and across North Africa. Moreover, these are not non-ideological wars, as Gettleman claims. The jihadis in Mali and Somalia, the separatists in Casamance, and the rebels in Darfur are certainly fighting for a cause.

To be sure, no one in his or her right mind could claim that warfare or political violence has ended in Africa. Many countries in the region have features that political scientists believe make countries vulnerable to armed conflict: weak states, high dependence on natural resources, and horizontal inequalities. Of the recent armed conflicts in Somalia, Sudan, Mali, the Central African Republic, Chad, and eastern Congo, one obvious commonality is the lack of effective state control. Rebels survive in remote regions where state authority is tenuous. The fact of weak states in these and other countries will not end any time soon.

Moreover, other forms of violence deserve greater scrutiny. Consider, for example, electoral violence. As African states have turned to multiparty elections, so too has the risk of violence during those electoral campaigns increased. Electoral violence on the scale of Kenya in 2007 and 2008, Cí´te d’Ivoire in 2010, or Zimbabwe in 2008 is not the norm, but in many locations there is often some form of violence between incumbent and opposition forces. Yet we know substantially less about patterns and causes of electoral violence.

Consider too violence over vital resources, such as land, water, and pasture. Trends are harder to detect, but one new data collection effort from the University of Texas shows an increase in such violence events since the early 1990s. With climate change, rapidly growing urbanization, and other changes that increase the pressure on vital but often scarce resources, we can expect more violence of the type recently seen in northern Kenya. Yet again, we know much less about this form of violence.

What explains the recent decline in warfare across Africa? I don’t know for certain, but would point to geo-political changes since the end of the Cold War.

First, the end of the Cold War meant that the opportunities for rebels to receive substantial weaponry and training from big external states declined. To be sure, states across Africa still meddle in the affairs of their neighbors, but insurgent funding from neighbouring states is usually enough to be a nuisance to, but not actually overthrow, existing governments.

Second, the rise of multi-party politics has sapped the anti-government funding, energy, and talent away from the bush and into the domestic political arena.

Third, China is a rising external force in Sub-Saharan Africa. China’s goals are mainly economic, but their foreign relations follow a principle of non-interference. To my knowledge, China supports states, not insurgencies.

Finally, conflict reduction mechanisms, in particular international peacekeeping and regional diplomacy, have substantially increased on the continent. Peacekeeping is more prevalent and especially more robust than in the 1990s. Regional bodies such as the AU, ECOWAS, ECCAS, IGAD, and SADC are quite active in most conflict situations. They have exhibited greater resolves in conflicts as diverse as Cí´te d’Ivoire, Sudan, the Central African Republic, and Madagascar.

The four posited mechanisms are hypotheses, each of which deserves greater scrutiny and empirical testing. But taken together, they suggest plausible ways in which the incentives of insurgents and even state leaders to fight have been altered in recent years. They give reason to expect that while war is clearly not over in Sub-Saharan Africa, we should continue to observe a decline in its frequency and intensity in coming decades.

Scott Straus is a Professor in the Department of Political Science at the University of Wisconsin.

Crisis and Development in the Horn of ...