No longer at ease: clouds on the horizon for Botswana’s conservation success story – By Keith Somerville Without belabouring the Chinua Achebe motif, Botswana’s conservation community is less at ease than it is used to being but the country is still far from seeing things fall apart. Botswana has long prided itself on its advances in conserving key habitats and species and implementing a tough but generally workable anti-poaching strategy. But clouds are gathering on the horizon, partly due to regional failures in controlling poaching and the trade in wildlife products, and partly as a result of the domestic reaction to the government’s own policies.

The clouds forming along Botswana’s borders result from incursions into areas like Chobe and Linyanti (home to Africa’s largest and most healthily expanding elephant populations) by poachers from Zambia. These have increased over the last few years. The domestic concerns centre around increasing numbers of cases of poisoning of predators and vultures in the Chobe Enclave, indications that local communities may be helping ivory poachers entering the country’s safari areas and national parks, and an increase in the last year or so in poaching by local communities for bushmeat.

The poisoning is thought by Michael Flyman, of the Botswana Department of Wildlife and National Parks (DWNP), to be linked to elephant poaching and, in a small number of cases, to livestock protection. Animal carcasses, whether elephants or antelope, are poisoned, killing predators like lion and hyena but also jackals and vultures. The large-scale wiping out of vultures means that there are no flights of birds circling above kills to alert the wildlife authorities and Botswana Defence Force (BDF) anti-poaching patrols.

In four days tracking around the Chobe Enclave at the end of June, I saw no lions, hyenas, jackals or vultures, in an area that should be replete with them. Steve Johnson of the Southern African Regional Environment Program (SAREP) told me that increasing numbers of vultures and predators have been poisoned by those working with the poachers. He said this was going on along with the growth in the illegal bushmeat trade the region.

What I did see was the clear sign of elephant poaching and the removal of tusks across the Linyanti river by boat into Namibia’s Caprivi Strip. Driving along the edge of the Linyanti marsh my guide and I found the tracks of at least a couple of men dragging two round objects the same diameter as medium-sized elephant tusks.

The guide was convinced an elephant had been killed in the last 24 hours and the tusks dragged down to the swamp to be taken by mokoro to the Namibian bank. This was reported to the nearby BDF anti-poaching team, who operate in Linyanti with a harsh shoot-to kill policy for poachers. We failed to find the carcass of the elephant, with no circling vultures to help us.

Wildlife officials in Maun and Gaborone said that ivory poaching, previously kept at minimal levels by BDF operations and the absence of corruption in the wildlife department and law enforcement system, was now increasing and over three to four years had climbed to average 30-50 elephants a year in the Chobe-Linyanti region. This is not affecting overall numbers much or seriously slowing population growth, but is worrying as the poaching, according to Flyman and Johnson, is carried out by sophisticated gangs of poachers based in Zambia, using silenced, sophisticated hunting rifles.

They pay Namibian fishing communities in the Caprivi to infiltrate Botswana, where local people may help them find the elephants and extricate the tusks. The Maun Regional Wildlife Officer, Amos Ramokati, also believes local people may be involved. The wildlife authorities also believe that some tusks are taken to Maun and then flown to Zambia. 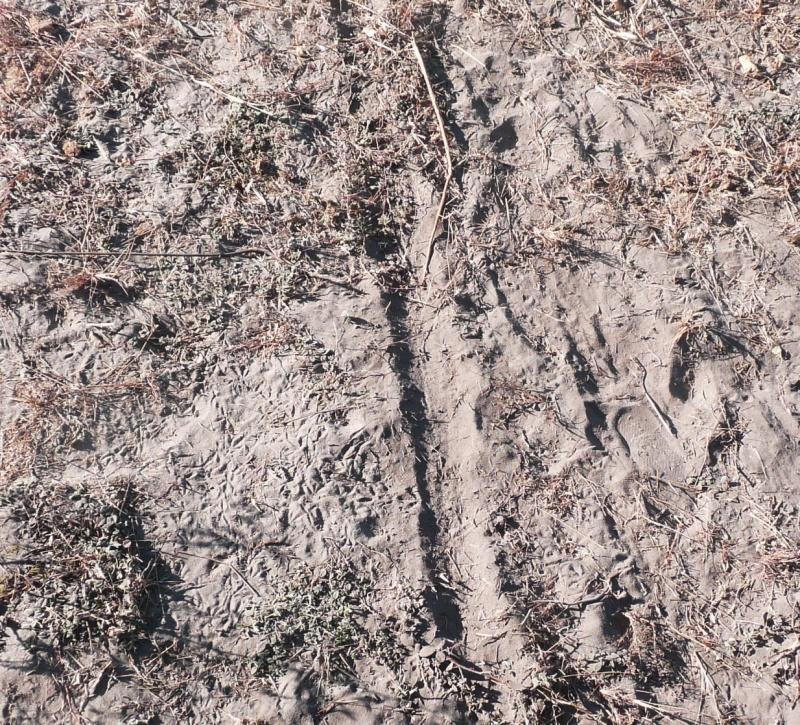 Local support for conservation has been key to Botswana’s success in avoiding the catastrophic levels of killing of elephants experienced in East Africa, Mozambique and Zambia. So evidence of the involvement of local communities is worrying. This is especially so as local communities which had permission to hunt or to sell hunting quotas to make money and so were drawn into community-based resource management programmes (CBRM), used to dovetail sustainable conservation with local community support and income-generation, lost this source of much-needed cash when President Ian Khama’s government banned all hunting on 2014.

This was greeted with delight by Western animal welfare and some international conservation NGOs, but not by groups like the Southern African Sustainable Use Specialist Group (SASUSG), which petitioned against the ban on the grounds that it would hit rural communities hard and in the end force them back into poaching for bushmeat or even helping ivory syndicates because of the loss of irreplaceable earnings.”

That now seems to be happening, albeit on a limited scale. Bushmeat poaching is also increasing and there have been reports of horse-borne poachers herding and hunting zebra in the Makgadikgadi Pans National Park. Local people have also been killing lions illegally in northern Botswana on the pretext that they were killing stock, and selling the bones to illegal traders for export to China, where they are used in traditional medicine. The poisoning of carcasses to kill vultures may also be the work of disgruntled local people, either doing it to help the ivory poachers or to  protect livestock.

Those communities with livestock, or who supplemented meagre rural incomes through hunting or the sale of hunting concessions, feel aggrieved at the hunting ban. The Kalahari Conservation Society’s acting CEO, Baboloki Autlwetse, said that the intention with the ban was to encourage communities to develop an income stream through eco-tourism, but that this took time, funds and expertise which the communities lacked. He stressed the need for a fast-track approach by the government to help such communities so they did not become opponents of conservation or resort to poaching from desperation.

Steve Johnson of SAREP said he feared the hunting ban had been put in place with insufficient understanding of the vital importance of hunting income for small, remote communities with no other viable form of subsistence; this could endanger CBRM schemes in the region, which are vital to developing and maintaining both local incomes and support for sustainable conservation.

A ray of sunshine breaking through these worrying clouds is the continuing work to establish wildlife corridors that link Botswana, Angola, Namibia, Zambia and Zimbabwe, which would enable the growing elephant population to disperse across a wider area. There are between 150,000 and 207,000 elephants in Botswana – most of them in the north. They make up about a third of the entire African population of elephants. It is hard to be precise, as Michael Flyman who runs Botswana’s aerial surveys of wildlife told me, because of migration, dispersal during the wet season and movement of herds between the five countries mentioned.

These five formed the Kavango Zambezi Transfrontier Conservation Area (KAZA), which aims to cover a huge area from Kafue in Zambia in the north to the south of the Okavango Delta and from Rundu (Namibia)and Cuito Cuanvale (Angola) in the west to Hwange and Chizarira (Zimbabwe) in the east. KAZA was formally signed on 18 August 2011 with the intention to provide a massive protected area with corridors linking countries and habitats to enable enable elephants, buffalo and other wildlife to disperse and repopulate areas denuded by poaching – as in Zambia (where tens of thousands of elephants and thousands of rhino were killed in the 1970s and 1980s) and Angola, where the apartheid South African army and UNITA rebels killed around 100,000 elephants between 1976 and 1988. Repopulation of these thinly populated areas could enable growth in numbers and avoid environmental degradation through over-concentration of elephants in Chobe, Savuti and Linyanti.

The Kalahari Conservation Society head believes KAZA is vital to long-term conservation of species and habitats but at the moment is largely a paper entity and needs each member to build up clear national plans and implement viable anti-poaching and law enforcement regimes, while working to develop community support and benefits. He admitted that Zambia and Angola had a long way to go in seriously addressing these issues.

South-Eastern Angola was ravaged by war for decades, is geographically, economically and politically peripheral for the Angolans and wildlife conservation is not a priority for the notoriously corrupt Dos Santos government. Significant poaching of buffalo, eland and hippo for meat is still ravaging the region’s wildlife, as local people impoverished by war and government neglect use civil war era weapons to hunt to survive.

So it is a mixed picture. The slow but perceptible growth in poaching and community grievances after the hunting ban have not wrecked Botswana’s conservation strategy but can’t be ignored. The loss of community support and benefits to rural people from sustainable conservation will be damaging in the long-term and the government needs to rethink the hunting ban or provide viable alternatives fast.

Regionally, wildlife corridors linking currently separated elephant populations and habitats are vital in the long-term but only if all the areas involved can be protected and policed, and most importantly of all, sustainable forms of community-based conservation are developed that give income and a clear sense of ownership to local people. Without that, the current wisps of cloud on the horizon could become lowering thunderclouds that will threaten all that has been painstakingly achieved by Botswana’s conservation strategy.

Regionalisation, Israeli Support and the Anyanya in ...

President Obama: Tear Down the Wall Between ...