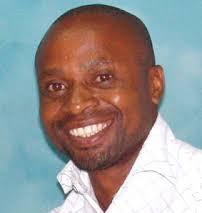 Malawi is in the news for bad reasons yet again. On June 25, the government was forced to release through Parliament a damning report that indicated that the country could not account for tens of billions of kwacha, the country’s currency.

A data analysis report carried out by PricewaterhouseCoopers to investigate financial transactions by the government in Malawi from 2009 to 2014 had shown that 577 billion kwacha ($1.4 billion) could not be accounted for during the period. The German government funded the exercise following an outcry that the Democratic Progressive Party government led by the late president Bingu wa Mutharika might have mismanaged government funds during its era.

The outcry followed yet another damning report by a British firm, Baker Tilly, which established that during the two-year rule of Malawi’s first female president Joyce Banda, the impoverished southern African nation had lost 24 billion kwacha in six months from April to September 2013 to corruption in what was to be dubbed as the Cashgate scandal.

The PricewaterhouseCoopers’ report, titled “˜Final Analysis Report: Reconstruction of the Malawian Government Cashbook for purposes of Further Investigation’, shows that the total number of bank statement payments during the period 1 January 2009 to 31 December 2014 was 1,788,295. However the total payment entries on the cash book for the same period was 1,007,075, leaving 781,220 transactions unaccounted for in the cash book.

What this means is that on average, Malawi was losing about 115.4 billion kwacha per year as a result of corruption. This money is no mean amount for a country like Malawi, which the World Bank ranks the world’s poorest with a Gross National Income per capita of $250.

Such is the gravity of corruption in Malawi. An already impoverished nation will not develop due to institutionalised pilferage. The report by PricewaterhouseCoopers showed that government had made payments to different suppliers on different dates using the same cheque number. How that is possible defeats even the wildest of imaginations. What is clear however is that corruption in government is done in a very coordinated way and in a mafia-like style.

The German government has pledged a full forensic audit to uncover the rot in the public purse during the period 1999 to 2014. The head of the German Development Corporation in Malawi (GTZ), Katrin Pfeiffer, told the Blantyre-based Nation Newspaper that Germany provided the funding to support the reconstruction of the Malawi government cash book to identify possible red flags for purposes of further investigation, and was prepared to provide additional funds for a full forensic investigation.

This is good news indeed. However the downside to the whole revelation is that there is a muted response from the citizenry, the very people whose money has been squandered if not outright stolen.

Elsewhere, such revelations would have provoked mass demonstrations. The citizens could have taken to the streets demanding not only for justice but also calling for the resignation of their leaders. In Malawi it was business as usual as if nothing peculiar had happened. Revelations as contained in the PricewaterhouseCoopers should have been enough to ignite the anger of the people, but that is Malawi for you.

The laissez faire attitude among Malawians on issues of importance, issues that have a direct repercussion on their welfare, allows leaders to get away with murder. How is it possible that public money can vanish without trace and yet people go about their business without even raising an eyebrow?

But probably Malawians can be forgiven. Maybe they know that no matter how much they cry wolf, there would be nothing worthwhile coming from government to bring those involved to book.

After the Baker Tilly report, Malawians thought some big fish in the public sector would be brought to account for the loss of money. That was not the case. While arrests were made, no top official in government has ever answered any charge.

It has only been principal secretaries, accountants, accounts clerks and some businesspeople who are answering corruption charges. Some have already been found guilty and are serving time in different jails in the country.

No top official, especially in the political echelons, has been charged though. The argument among Malawians is such huge sums of money cannot be siphoned from government coffers without the knowledge of senior officials from the government apparatus. Somebody high up in the echelons of power knows what happens with the siphoned money, but chooses to look the other way, either because he or she is part of the network or is failing to do his or her job.

Either way, it is the common man who bears the full brunt of this vice – corruption. While other countries are making strides, Malawi’s development remains stunted because money meant for development is being shared around like sweets by a few people dressed in the clothes of leaders.

The return of M23: Is there a way out for the DRC?

Several international forces are deployed in the eastern Congo, where the Rwanda-backed rebel group continues to seize towns and territory. Last week, Angola’s President João Lourenço confidently stated his belief ...
By continuing to browse this site, you agree to our use of cookies.