In Bad News: Last Journalists in a Dictatorship, Anjan Sundaram shows how the Rwandan government tightly controls the national narrative through intimidation, oppression and violence. 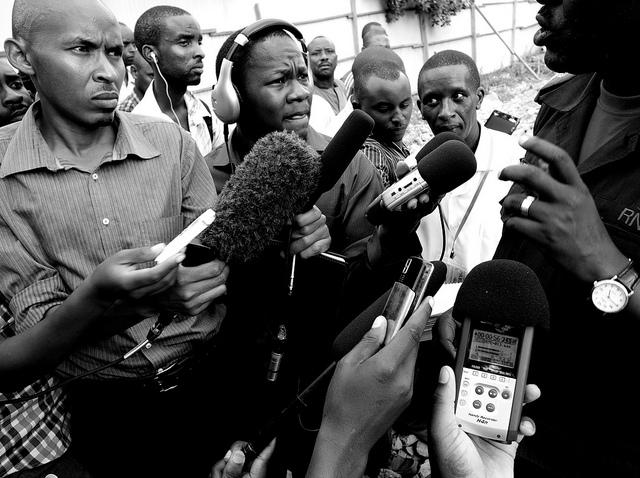 Once in a while, a book comes along with the potential to alter our understanding of a place and its history. Anjan Sundaram’s Bad News: The Last Journalists in a Dictatorship, which exposes the repression endured in one of the world’s poorest countries, is one such work. There has been plenty written about post-conflict society, but in the case of Rwanda, we rarely get such a cogent view of life inside an oppressive state bent on controlling the public narrative.

While he spends little time on Rwanda’s complex historical context and doesn’t even try to explain the country’s precarious place in one of Africa’s most contentious regions, Sundaram’s portrayal of this repressive society is spot on.

Sundaram is passionate about journalism, having turned down a job at Goldman Sachs to travel to the Democratic Republic of Congo where he became a stringer for the Associated Press. After years in the DRC, Sundaram shifted to Rwanda where he taught an EU-funded course training local journalists in the basics of news reporting.

Sundaram suggests that anyone who is not an undying fan of President Paul Kagame and Rwanda’s ruling party is attacked and labeled as either a thief, a racist, ignorant or all of the above.

Kigali’s initial response to his book seems to prove him right.

A piece in one Rwandan paper attacking Sundaram’s book on the very day it was published holds all the elements of good propaganda: it’s printed in a pro-government newspaper and centres on the words of a reporter who, if the book is accurate, would be under duress. But most frightening is that the article goes as far as to name people who were kept anonymous in the book (including the author’s wife). Perhaps less chilling but even more absurd is the suggestion that Sundaram orchestrated the escape of an endangered reporter to create content for this book. (After all, what quicker path to wealth and fame for a Yale grad than to travel to a small African country and cook up controversy around an almost unknown journalist.)

All of this serves as a reminder that the Kigali elite is in complete and utter control of the Rwandan dialogue. That propaganda piece meant to refute Sundaram’s assessment actually serves to make his point: in Rwanda, no critical reportage goes unchallenged and no hard questions go unpunished.

Of course, the Rwandan spin machine will also use ad hominem attacks and try to paint Sundaram as either misguided or wicked. The problem for Kigali is that, with the way he tells this story, Sundaram is just a little too credible. Like the kid in the old tale who points out that the emperor has no clothes, Sundaram points to things that are right in front of us in a way that exposes the obvious. Once we have seen the illusion for what it is, we cannot un-see it.

There has been an unusual amount of criticism of President Kagame of late as he reneged on his promise to step down next year and instead run for another term in the 2017 elections. (And maybe again in 2024, and then again in 2029.) Thanks in large part to an acquiescent media, Kagame has managed to cloak this erasing of democracy as the protection of it. He is simply adhering to the will of the people, he says. And there’s not much debate to be had in Rwanda about who should lead the country. Kagame is popular, especially when compared with the alternative, because there is no alternative.

Rwandans don’t have a choice, but do those outside the country such as the Western donors whose foreign aid accounts for almost 40% of Rwanda’s budget? Bad News forces us to ask if these international actors really have no choice but to support and fund repression.

Kigali senses the beginning of the end of donors’ willingness to prop up this totalitarian regime. Yet when concerns are expressed by human rights groups and even the US State Department, the response from Rwanda is always the same: 1) Stop asking questions 2) Just give us the money.

And even after billions in aid from the US and EU, Rwanda, like some of its neighbours, is increasingly turning for support to China, the Middle East and even Russia. They are eager to find allies without a lot of concern for pesky things like democracy.

Make no mistake about it: there is a war going on against legitimate journalism the world over. Oppressive regimes and their PR firms are winning that war. But with Bad News, Sundaram boldly strikes back at the powers that be and his aim is true. Sundaram has pulled back a weighty veil and exposed layers of manipulation that are – for most of us – almost impossible to see.

Bad News might seem like a book only relevant to Rwanda, but African leaders and others are already learning from Kigali and are attempting to replicate Kagame’s style of complete control. Rwanda may be the canary in the coltan mine (so to speak) warning us of what is to come elsewhere.

Anjan Sundaram will be discussing the book with Rene Claudel Mugenzi on 12 May 2016 (19:15) at the Khalili Lecture Theatre, SOAS, Russell Square, London.

Oscar Penn is an experienced journalist whose work from Africa has been published in several major news outlets.

[Correction (15/1): the article originally implied Sundaram went to Yale and MIT. He went to Yale but not MIT. This has now been corrected.]