What led IS to announce a new Boko Haram leader? Here are two clues from its communications.

Two months ago, Islamic State changed its messaging strategy towards Boko Haram. The recent “leadership change” seems to be part of this plan. 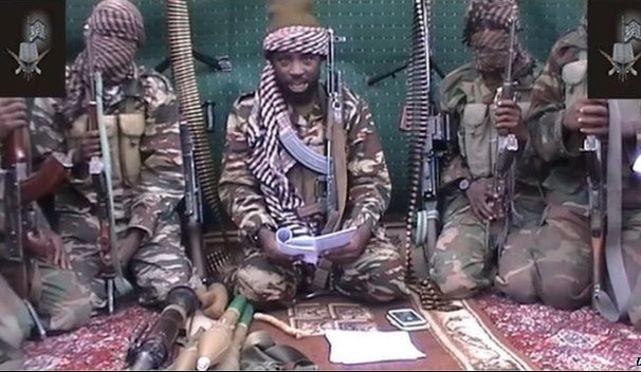 Abubakar Shekau insists he is “still around” after IS announced that Boko Haram has a new leader.

The recent claim by Islamic State (IS) that Boko Haram has a new leader may have come as a surprise, but the announcement was in keeping with a pattern that has been emerging in recent messaging.

In the two months leading up to the interview in IS magazine al-Naba presenting Abu Musab al-Barnawi as the group’s “new leader”, IS had been showing a clear reinvigorated interest in its West African partner.

Its statements claiming responsibility for Boko Haram attacks had increased sharply. And the nature of some of these more recent communications notably shifted from previous ones.

The purported change in leadership may be the culmination of these trends, and some of the motivations for the move can be discerned from the developments that preceded it.

Boko Haram pledged allegiance to IS in March 2015. And in July 2015, IS made its first statement claiming responsibility for violence committed by the West African group. Between then and May 2016, six short messages have been issued by IS claiming ten different Boko Haram attacks.

These IS communications and the assaults claimed shared various similarities. They were typically conducted by male suicide bombers, who were proclaimed martyrs and whose names and photos were often disseminated by IS. The incidents largely occurred in symbolic locations such as capital cities Abuja and N’Djamena or in major urban centres such as Maiduguri. And all the highlighted violence was claimed to be directed at targets such as security forces, vigilantes groups, government institutions, and Shiites; this means the majority of Boko Haram attacks, which have resulted in significant Muslim civilian casualties, were ignored.

IS was thus fairly discerning in the attacks for which it has claimed responsibility. And it was also sometimes selective in how it reported them. For example, IS’ versions of events have sometimes diverged from local press coverage in that they ignored the fact that female suicide bombers were used or that targets were actually civilian in nature rather than directed at security forces.

In this period, there appears to have been a deliberate attempt by IS media operatives to avoid highlighting more typical attack patterns. This may be because such attacks would have less propaganda value given that they involved the deaths of Muslim civilians.

A shift in strategy?

Since the start of Ramadan in early June, there seems to have been a shift in this pattern.

To begin with, the frequency of IS statements claiming Boko Haram violence has increased sharply. While there were only six statements in the first 15 months of the allegiance, the past two months have already yielded eight.

At the same time, some of the specifics of incidents highlighted by IS have changed too.  The attacks claimed more recently have largely occurred in smaller and more rural areas of Nigeria’s Borno state, southern Niger, and northern Cameroon. And the focus on male suicide bombers has decreased; most attacks have not been claimed to involve “martyrs”, while no photos or names have been disseminated.

One thing that has remained constant, however, is the focus on attacks against regional security forces, with Muslim civilian deaths still ignored. This aspect seems to be a key concern for IS propagandists.

Another characteristic of the recently promoted attacks is a regional focus. Ten of the total 15 messages (attack claims and other publications) released by IS media operatives since June have emphasised on violence in neighbouring countries. This may be a deliberate attempt to highlight Boko Haram activities elsewhere in the Lake Chad Basin and dispel notions that the group is still primarily centred on Nigeria.

The large-scale June assault on the town of Bosso in southern Niger, during which militants pushed joint Nigerien and Nigerian security forces from the city, generated particularly high levels of media content across a range of IS-affiliated outlets.

Clues behind the leadership change

Before this week’s announcement of a leadership change, IS had thus already begun to increase its focus on Boko Haram. And the specifics of its shift in communication could reveal some of the motivations behind the decision to replace Abubakar Shekau, who has led the group since 2009.

On the one hand, there are some indications that some in Boko Haram objected to the relationship with IS from the start, and since the pledge, Shekau has overseen many attacks that IS has chosen not to promote – even during its recent increase of statements.

These assaults have included those committed by female suicide bombers – a trend that has generally declined but continued – along with violence against civilians and mosques. Furthermore, a US army official recently said that Shekau faced internal dissent over his refusal to adhere to an IS directive to halt the use of child suicide bombers.

By contrast, Abu Musab al-Barnawi, the man announced as the new leader, clearly stated in his al-Naba interview that attacks against Muslim civilians, mosques, and markets will not be a staple of his leadership – he said he would focus more on Christian targets – though he remained silent on the issue of female suicide bombers.

The announcement therefore was likely to have been partly motivated by a desire to replace Shekau – who has quickly responded to the interview, insisting that he is still in charge – with a figure whose attack methodology may better facilitate IS propaganda.

On the other hand, however, there may also be wider strategies at play too. In addition to concerns about Boko Haram’s attack patterns under Shekau, another reason behind IS’ increased messaging and leadership change may be to challenge the broader narrative regarding the status of the Islamic State’s West Africa Province.

Since its admission into IS in March 2015, Boko Haram has lost the vast majority of its territory in the face of a renewed push by Nigerian security forces following the election of President Muhammadu Buhari.

The effects of this have been seen on many fronts. The group’s attack radius has shrunk amid an overall decline in large-scale violence. There have been rumblings of food shortages. Low morale has reportedly led to surrenders. And some displaced people have been repatriated to areas formerly under militant control.

In this sense, reinvigorated IS involvement in Boko Haram over the past two months may be aimed at presenting a contrasting story to this tale of decline, one in which the group is still capable of confronting and defeating conventional security forces. This narrative has been enhanced by the visual depictions of the “spoils of war” – such as weapons, ammunition, and vehicles – as well as of fallen soldiers in IS publications.

And in his interview, al-Barnawi acknowledged that while the group has lost territory, this should not be considered a defeat and that it will return to a stronger position. Contrasting with the recent accounts about the group, this sort of messaging helps present Boko Haram as an entity on the rise and may aid in recruitment and support as regional armies gear up for another offensive to push militants from the Lake Chad region following the Bosso attack.

There are still unanswered questions regarding the extent of the practical ties between Boko Haram and Islamic State. But the recent increase in messaging and the announced leadership change indicate, at a minimum, that IS has a high level of interest in the activities and fate of its West African partner.

The main aspect of their collaboration may continue to be communicational rather than operational, but recent events emphasise the significance of these kinds of ties and the fact that changes in their nature are likely to portend forthcoming strategic shifts too.

Omar S. Mahmood is an analyst focused on the Lake Chad and Horn of Africa regions. Follow him on Twitter at @omarsmahmood.