Uganda: Why the unrest in Rwenzori is far from over

The government’s strategy of lethal retaliation plus patronage has contained the recent violence. It has not resolved it. 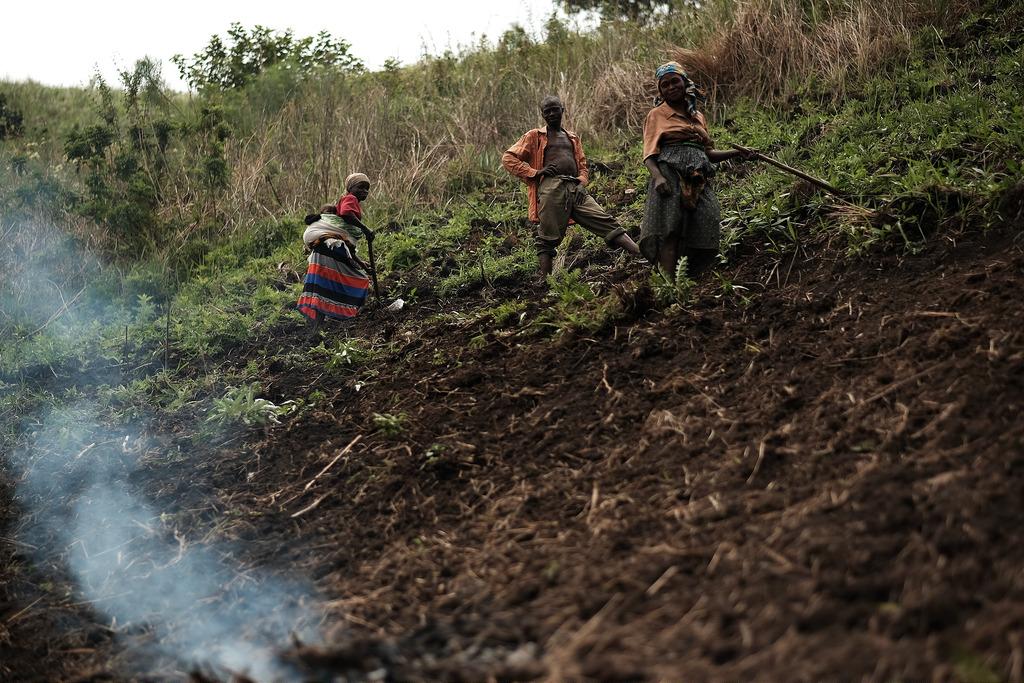 In the Rwenzori mountains in western Uganda, near the border with the DR Congo. Credit: Brian Harries.

The Rwenzori region in western Uganda has a long history of fighting against perceived marginalisation. Since independence, various ethnic groups − particularly the Bakonzo − have taken up arms to agitate for greater recognition from Kampala.

In 2009, the Bakonzo kingdom was officially recognised. But this did not resolve this conflict. On the contrary, it added to tensions and contributed to the emergence of a maze of conflicts between different groups as well as with the national government.

In recent years, deadly violence has flared up on several occasions. In July 2014, over 100 people were left dead in clashes. After the February 2016 general elections, violence in various sub-counties left more than 50 dead as well as hundreds of homes razed and thousands displaced. And on 26-27 November 2016, at least 155 people were killed in Kasese in fighting between government forces and supporters of the Rwenzururu kingdom. About a dozen security forces were killed in sub-counties of Kasese district. Most of those who died in this bout of violence, which included many unarmed civilians, lost their lives in an army attack on the king’s palace.

In responding to the violence, the Ugandan government has used a combination of military solutions and patronage. This has been successful as a containment strategy, but crucial issues such as accountability and reconciliation have been largely neglected. While the government’s strategy may have provided a solution in the short-term, it may perpetuate conflict dynamics in the long-term.

The government’s response to the violence

On the one hand, the government’s response to violence in Rwenzori has been strongly militaristic and brutal. The government has treated fighting as the actions of terrorist Rwenzururu rebels advocating for the creation of the Yiira State – an independent state that would unite the Bakonzo in Uganda and the Nande in the DRC − and deployed military and paramilitary forces across the entire region.

In the aftermath of the 2014 violence and the government’s response, mass graves were discovered but no investigations were carried out. In 2016, the army’s attack on the palace led to the deaths of dozens of unarmed civilians; at least fifteen children are still missing. The Rwenzori King along with over 150 Royal Guards were also arrested and face charges including terrorism, murder, attempted murder, aggravated robbery and treason. The King is additionally accused of commanding a rebel group with the purpose of overthrowing the government.

On the other hand, the government has responded to the clashes with offers of patronage. In 2016, for example, Christopher Kibanzanga, brother of the Rwenzururu king and a then staunch member of the opposition Forum for Democratic Change (FDC ), was persuaded to cross the aisle. He joined the ruling National Resistance Movement (NRM), was appointed Minister for Agriculture, and was promised that his constituency would be elevated to a district.

More broadly, the government has also offered pardons to those who have claimed responsibility and apologised for violence. In 2014, three Rwenzururu ministers were awarded amnesties. In 2016, a number of veterans were tasked with building peace after they confessed to orchestrating the attacks on security forces. They were even given money by the president “so that they do not engage in acts that distort peace as a means of improving their livelihood”.

An amnesty offer was also announced for remaining Rwenzururu loyalists. Meanwhile, youths who “surrendered” were absorbed into the crime preventers, a militia-like outfit run by the police.

The government’s mix of lethal retaliation and imprisonments with amnesties and benefits appears to have put an end to the violence − for now. However, the longer-term effects remain to be seen.

The policy of amnesty not only complicates possible peace talks. It also allows for conflict entrepreneurs to step forwards and benefit from government patronage.

The approach is also widely frowned upon in the region. Many ask why those claiming responsibility for violence should be rewarded, while others are shot dead or imprisoned.

Secondly, the government’s current strategy fails to address the long cycle of violence in Rwenzori and its underlying dynamics. From the colonial period onwards, there were struggles for the Rwenzururu kingdom, but these were accompanied by demands for greater political inclusion and representation.  Various armed movements such as the Rwenzururu rebellion and NALU rebel groups had the region’s perceived marginalisation at the centre of their agendas.

It is not surprising therefore that the recognition of the Rwenzururu kingdom in 2009 did not mean an end to conflict. Instead, tensions between ethnic groups and with the government have grown, mainly around deeply held grievances vis-à-vis the state.

The government’s approach of containment does not address these fundamental problems. The Bakonzo continue to feel marginalised as well as both politically and militarily targeted. Quick amnesties (such as those after the 2014 violence) and a lack of independent investigations add to these frustrations. Political patronage benefitting select groups sows more division in and between communities. Meanwhile, indiscriminate responses by security forces and mass arrests have hardened the population’s attitudes towards government.

The king and 188 others were committed to trial in late-June, with the prosecution accusing the King of wanting to create the Yiira kingdom. Many are sceptical that justice will be served.

A government strategy that focuses on containing rather than resolving conflict may stem unrest for a time. But it is only likely to return the Rwenzori region to violence in the future.