Zimbabwe: Coup or not, this is the end of an era

The liberation generation has decided to maintain its power through the use of gun. What now? 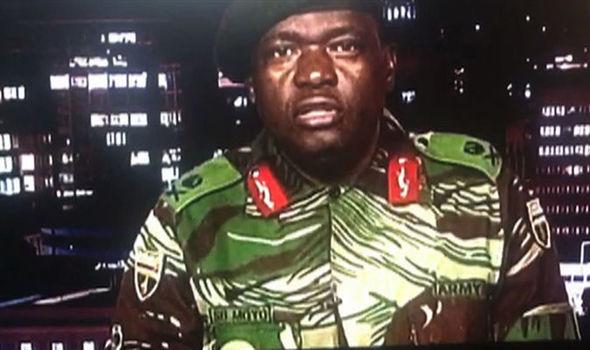 The military statement after taking power in Zimbabwe.

This is the end of an era. But it could easily be seen as the the end of an error. A 37-year-old error. That is how long Robert Mugabe has ruled Zimbabwe. But the end is nigh. After surviving so many challenges from courageous opponents, it was his former allies who administered the final assault, leaving him in power but effectively without power.

It’s a coup in all but name. The soldiers have effectively taken over control of the Zimbabwean state. When you see a man in military fatigues reading news on national television, you know the military has taken over. It’s a show of control. So in the end, it all came down to who between the competitors in the succession race had the guns.

The statement issued in the wake of the takeover was presented in camouflage. It gave the impression that President Mugabe is still the head of state. But this is a façade designed to conceal what has happened. A frog might be given many different descriptions, but it does not change the fact that it is a frog. Mugabe might still be the de jure leader, but de facto control now rests with the military. They are the ones directing the affairs of the state and at best Mugabe is now a lame duck president.

There is no doubt that this marks the end of an era. Mugabe has ruled for 37 years and in recent years it seemed like he would rule forever. Now though the end is nigh – they military have kept him on to let their elder statesman have a dignified exit, which will happen soon. However, the demise of Mugabe’s rule will not be mourned. Instead, it will be celebrated.

This celebration is not because Zimbabweans prefer military rule, no. It simply demonstrates how Mugabe’s long rule has become almost universally despised, even within his own party despite appearances to the contrary. His rule generated many opponents both at home and abroad. But no one seemed to have a clue how to get rid of him. The opposition had tried everything to no avail. The majority of Zimbabweans had become despondent and frustrated. For many he simply had to go, by any means necessary.

The rise and fall of Grace

The last straw for most people within and outside the ruling ZANU-PF was the increasingly evident possibility that Mugabe’s wife, Grace, was on course to succeed him. That would have created a Mugabe dynasty. Many found this idea extremely repulsive. There might have been a residue of sympathy for Mugabe, but many are repulsed by Grace’s brand of politics. She is brash and condescending, with a penchant for humiliating adults in public. Many dreaded the prospect of her presidency.

Another factor that made Grace highly unpopular was her arrogance, greed and willingness to defend allies accused of corruption. She was not shy to show her power, although she was repeatedly warned that it was borrowed power, the strength of which depended upon her husband. She had a tendency to grab whatever assets she wanted and to do as she pleased. This habit of accumulation and profligacy by her family irked many Zimbabweans struggling to make ends meet. The embarrassing episode in South Africa, when she beat up a young lady with an electric cable but got away with it after invoking diplomatic immunity, was just one of many incidents that cast her in bad light.

But it was standing in the way of Emmerson Mnangagwa’s ambitions that proved to be her undoing. After waiting loyally in the wings for nearly three decades, Mnangagwa’s exit was humiliating and embarrassing particularly because it was authored by Grace Mugabe and her allies. Jonathan Moyo in particular was a perennial thorn in the flesh, using social media to harangue the former vice-president. It was the sacking of Mnangagwa and the threat to purge members of his faction from ZANU PF that proved to be the straw that broke the camel’s back.

At that point, the Lacoste faction, as the supporters of Mnangagwa (aka The Crocodile) are known, chose to activate the nuclear option. It was always suggested this group’s strength lay with its association with the military. But, as Mnangagwa succumbed so pitifully to the might of Mugabe’s power last week, it appeared as if this alleged strength was built on a myth – that he was no more than a small man casting a large shadow on the wall (to use Lord Varys’ words in the epic television drama Game of Thrones). In the end, however, it was indeed the military that came to his defence, confirming that the power was real.

What is particularly shocking is the manner in which Mugabe has collapsed, seemingly without offering much resistance. The ZANU-PF statement issued after Zimbabwe Defence Forces commander Constantino Chiwenga’s stern rebuke the day before was feeble. Having successfully monopolised power for 37 years, one would have thought Mugabe had a solid plan, including anticipating the military backlash from the sacking of his Vice President. But he was showing uncharacteristic panic in recent weeks.

Even the firing of Mnangagwa seemed to have been done in haste. It was an emotional decision reached in the spur of the moment, after seeing Mnangagwa receive popular support at a rally where his wife was booed. He immediately announced at the rally that he was ready to sack him and he did so just two days later.

Perhaps Mugabe’s greatest mistake was that power got to his head so much that he forgot where it came from. It was not the people that had kept him in power in his twilight years but the might of the military. As guarantors of his authority, the military had the power to withdraw that guarantee as they have now done. Ironically, the monster that Mugabe created and that supported him when he was in jeopardy has returned to consume him. His presidency lived by the gun and has now been neutralised by the gun.

The new men in charge are keen to insist that this is not a military takeover. But this does not diminish the fact that it is. They are merely choosing their words carefully because they know a coup is a hard sell to the region and the rest of the world. They have to retain the appearance of civilian authority, but the truth is that Mugabe is now no more than a titular figure.

Also, while they are obviously appalled by his wife’s behaviour and attitude towards them, the military and war veterans still retain residual respect for Mugabe, the veteran leader who has led them since their war days in the 1970s. They may want to see him retire but they do not want to mistreat him. A veteran of the first generation of African nationalists, the 93-year-old still commands respect among his African peers. The new rulers know that mistreating him would be regarded in poor light. Besides, they probably regard him not as the author of their problems but also as a victim of the machinations of his ambitious wife and the G40 (Generation-40) faction that supports her.

What will happen now?

The military’s statement on taking power was thin on detail. It tried to do what coup statements do: calm things down and promise a return to normal life. How and when that will be remains vague.

In the immediate term, it will be a glorious return for Mnangagwa after what seemed to be an ignominious exit. After what looked to be the end of a long career, he is now on course to fulfil his destiny and lead Zimbabwe.

He was for so long the proverbial water-carrier for Mugabe. Now he will have the liberty to choose his own water-carriers. Yet the military must know that, like Mugabe, they have created a monster that could haunt them in future. History shows that once the military has tasted power, it will develop an appetite for more of the same. The current generals will vacate office to assume political power, but from now on they must always watch their backs because they have shown their subordinates the possibilities that the gun avails.

As for G40, their fortunes have dipped in dramatic fashion. There were lessons from history, such as the fate that befell Jiang Qing, the wife of Chairman Mao and her allies known as the Gang of Four. The parallels are uncanny. The losing faction will now be at the mercy of the new military authorities. Grace Mugabe may yet be spared, but only out of respect for her husband.

As for Mnangagwa, could he be the Deng Xiaoping of Zimbabwe who, after being thrown out of government once, returned after the demise of Mao and ushered in a new era for the country? That remains to be seen, but he seems to have the favour of both China and the West and that might usher a restoration in broken relations.

Zimbabwe is due to hold elections next year. That may now be postponed as the country finds its feet after this radical disturbance to the constitutional order. Meanwhile, some “transitional authority” made up of diverse elements, including the opposition – ostensibly to fix and take the country forward – may be patched up to run the country, with the promise of preparing for democratic elections in the near future.

The BSR said some weeks ago that if the succession race were a boxing match, Mnangagwa’s Lacoste faction were so far behind on points that they needed a knockout blow. This, they seem to have delivered, albeit in the very dying moments. It’s a new chapter for Zimbabwe, which for the first time must prepare for life without Mugabe. For now, he sits on the throne but without power. It is unlikely he will stay there for much longer. It’s truly the end of an era.

This article was originally published here on BSR.