Sweeping powers and a transition on ice: Pandemic politics in Ethiopia

Ethiopia’s state of emergency gives it both vague wide-ranging powers and an impending political headache. 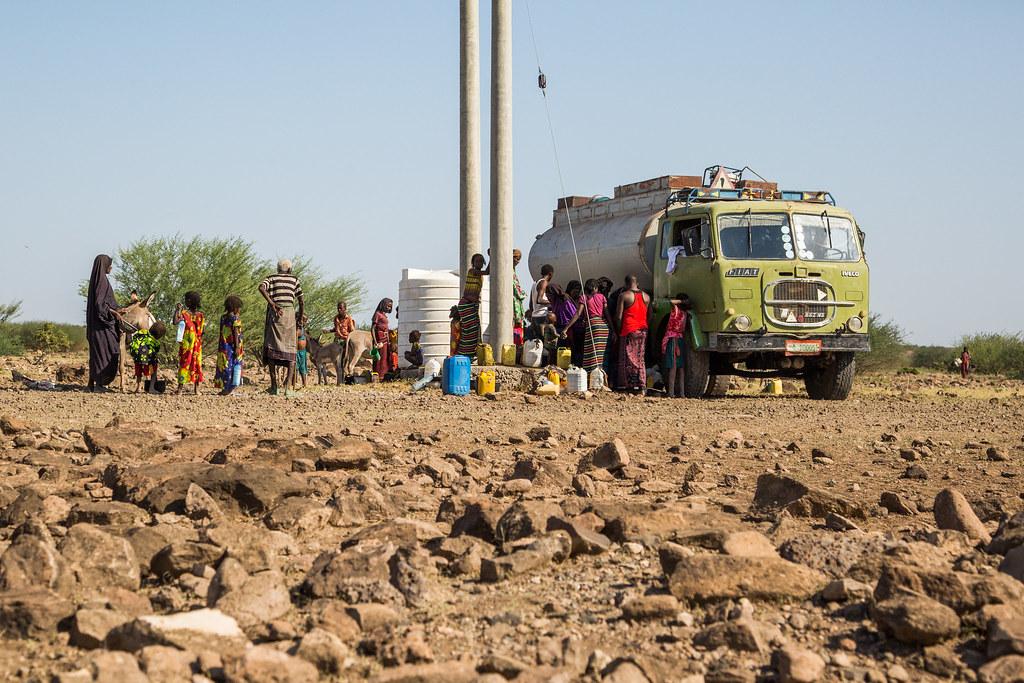 What will the COVID-19 pandemic mean for politics in Ethiopia? Credit: UNICEF Ethiopia/2015/Tesfaye

On 8 April, Ethiopia’s Council of Ministers took the dramatic step of declaring a national five-month state of emergency. This was the latest of an escalating series of measures taken by the federal government since the country confirmed its first case of coronavirus on 13 March.

No new measures were announced as part of the state of emergency until 11 April, when an Amharic language text of new regulations was released. It limited public gatherings to four people, suspended the right of suspects to appear before a judge within 48 hours of arrest, and gave the government the power to order companies to alter their products and services to help tackle COVID-19.

Parliament had approved the state of emergency the day before – meeting outside the main hall in order to avoid congestion – but it had not deliberated these specific measures. It had merely voted to empower the Council of Ministers to issue new regulations as it deemed necessary.

What this suggests about the way Ethiopia’s state of emergency is going to work is alarming. This series of events alongside an explanation from the Attorney General indicate that the government’s approach is to give the executive branch sweeping powers it can utilise flexibly rather than impose a one-time fixed set of restrictions.

This strategy has some value. As the Attorney General said, this strategy allows the government to adapt and develop context-specific measures in response to an evolving pandemic. At the same time, however, it is hard to overstate the potential dangers of giving the government limitless powers to impose restrictions on people’s freedom and human rights with little to no oversight.

This is not just a theoretical concern. Ethiopia’s previous states of emergency in 2016 and 2018 were routinely abused by authorities. They resulted in mass arrests, widespread torture and the shutting down critical media and electronic communications.

COVID-19 requires complex responses, but this cannot outweigh the imperative to outline the extent of restrictions and the safeguards in place to protect human rights and address violations. The Attorney General’s reassurance that principles of “necessity” and “proportionality” will act as a check on the government’s emergency powers is not a sufficient guarantee that its newfound authority will not be abused.

At the very least, the State of Emergency Inquiry Board – set up by parliament as required by the constitution – must be given the independence and resources it needs to ensure full oversight. Meanwhile, parliament should insist that the government present an expanded text of the decree that explicitly explains the new limits on human rights and the accountability mechanisms for any abuses of emergency powers.

Amidst a great deal of uncertainty, one thing that has become clear recently is that Ethiopia’s national elections – scheduled for August – will now be postponed. What this means for the country’s efforts to move away from decades of authoritarian rule is much less clear. When Abiy Ahmed became Prime Minister in April 2018 and embarked on numerous dramatic political reforms, it sparked popular hope that this was a turning point for the country. The 2020 elections were set to be the next critical moment in this journey.

Now, many are wondering how the government will deal with a potential crisis of legitimacy when its mandate expires. If the elections are not held by September and a new parliament is not constituted by October, the government will not be legitimate according to the constitution.

Foreseeing this eventuality, leaders of opposition parties have insisted they be consulted in the decision over the fate of parliament and the nature of the government that will be in place until elections can be held. The postponement has also renewed calls, first made when Abiy was initially appointed, that a transitional unity government be formed drawn from ruling and opposition parties.

It is crucial that the government comes up with a legal way out of this conundrum. It is equally important that its solution is acceptable to at least the major political groups in the country. This will not be easy.

The constitution does grant the prime minister the power to dissolve parliament, with parliament’s own consent, before its mandate expires. However, this would require there to be fresh elections within six months, which may not be possible if the pandemic persists, while it is also unclear what it would mean for the authority of the prime minister. The head of government’s power to govern comes from their party having a majority in parliament and it is a general rule that the PM’s term is equal to that of parliament. Dissolving parliament may, though, allow the president – who holds a largely ceremonial role – to invite all parties to form a coalition government. Given the current composition of parliament this seems an unlikely path.

Alternatively, the government might extend the mandate of parliament by invoking the COVID-19 threat as an emergency that justifies such a move. It might issue a decree that allows the ruling party to continue carrying out the functions of government regardless of parliament’s term ending. Or it might come up with another plan.

Either way, these are unchartered waters for Ethiopia and it is likely that some in the opposition will vigorously oppose whatever decision is made. Unless the government finds a way to avoid this, it could lead to a political stalemate that undermines its ability to rally the nation in the fight against COVID-19 and derails Abiy’s problematic yet promising political reforms.

Guinea’s elections had a clear winner. But ...