Death has robbed us of the leader you might have become if our prayers had been answered. 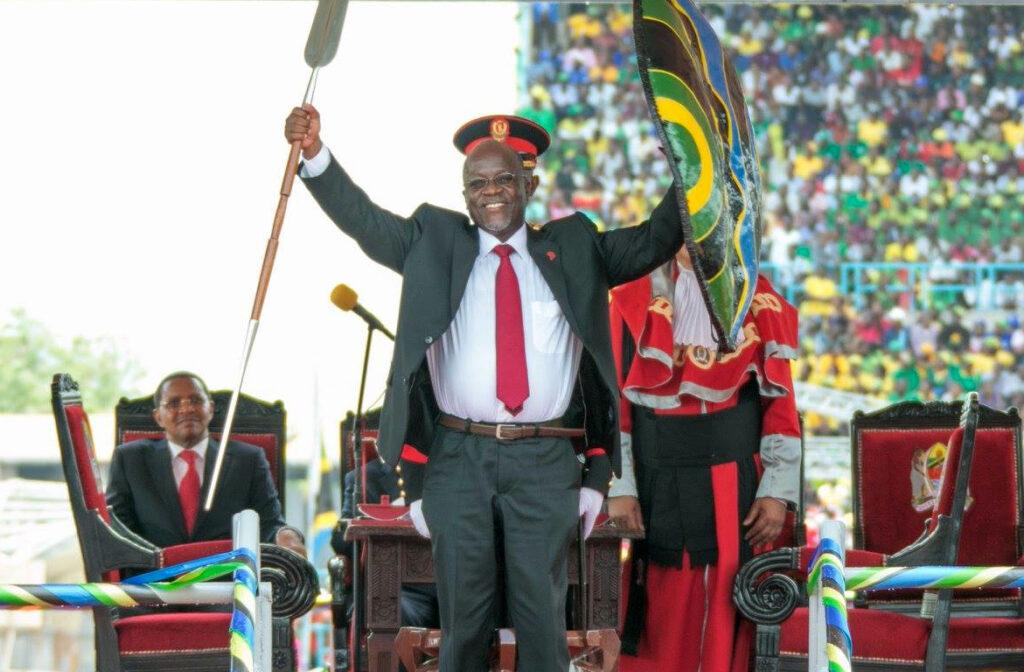 Do you remember the first time I wrote you an open letter addressing you by your given name? Akwilina had just been shot by police dispersing a protest and I used the 21-year-old student’s death to draw your attention to the fact that people were starting to get scared of you. I did my best to advocate on behalf of young Tanzania which had so much faith in you. I invited you to watch the Marvel film Black Panther with me.

It might have sounded quite insane but trust me: that film raises much to discuss for Africans about power, pan-Africanism, vengeance, leadership, resource nationalism, gender and so much more. The best part is that it calls out the colonisers – Mabeberu, as you like to call them – in a most satisfying manner.

I knew the informality of the letter would annoy you, and I apologise for that. Mischief is unfortunately part of my charm. Tanzanian presidents have been known over the years to appreciate a bit of witty cheek from time to time as long as it is not taken too far. But really, in calling you by your first name – rather than the more formal President Magufuli – I wanted to remind you of a very fundamental fact: humility. Humility, John, is one of the ways in which people tempted and tortured by power might escape the worst of its ravages and I was hoping for that for you. Freedom from personal torment.

Well. Here we are today and I am writing you another letter. You are dead, John. Considering how far my opinion of you had plummeted, and given the personal burden of loathing I had developed for you over the course of your reign, I can admit that I thought news of your demise would delight me. That is how damaged my soul had become, John: denatured by fear, a fear that bred hatred.

Do you know what I blame for this weakness, John? The fact that I am a woman. A foolish, weak, sentimental woman who doesn’t have what it takes to do the courageous work of crushing my humanity under the heel of my boot.

As you lie in state, many Tanzanians and friends of Tanzania are mourning you with great sorrow. Your death is a loss, because of the good you have done and the good you could have done. Oh, did you think that I would neglect to mention at least some of your many successes? Not so, John. You achieved so much that seemed hitherto impossible.

I am most impressed that you made the move to Dodoma as the capital a near-success even though I disagree with the decision. I approve of the resource nationalism for which you advocated, though you left room for improvement. I certainly appreciate the increased access you have brought to social services. And that you fought rampant corruption and ineptitude in our bloated civil service in your own way. As for infrastructure, you were a builder, John. That you lived and breathed Tanzania was amply demonstrated. You loved this country.

And as a woman I know that some people’s love can be toxic. Possessive. Jealous. Angry. Even murderous. The country of your birth and passion slowly became Tanzania ya John Pombe Magufuli over the six years of your rule. So much so that Members of Parliament even dared to suggest that we ignore term limits in your favor. The democratic rights of free-born citizens would have been traded for subjugation to you, John. This was the quiet horror slowly creeping up on us, and the few of us who knew and resisted it paid the price.

As I write this, there are multitudes of people at the National Stadium paying their last respects to you. You cannot imagine the size of the crowds. People have come in from towns and cities overnight to offer you a final act of love. The throngs that line the streets when your body is transported are thick. You are accompanied by bajajs and boda bodas as people lay out a VIP carpet of khangas and clothing to honor your journey. African writers from North and East, South and West have commended you as a true son of Africa, a pan-Africanist, an example to be aspired to.

You will be amused, but unsurprised, that the main media houses of the West – those Beberus you so despised – are obsessed about what killed you. The official statement about your dicky heart finally giving out didn’t cut the mustard. They want, in fact need, confirmation that you died of COVID-19. The irony of a Covid denier dying of Covid would be beyond delicious for them, especially for a president who was vocal about his views on the West.

You will, however, be surprised that given the perfect chance to throw you under the bus, I didn’t. I haven’t seen your death certificate, John, and besides as the child of a doctor I know about discretion when it comes to people’s medical struggles and families’ need for privacy. Cause of death? Frankly, my dear, I don’t give a damn. I do care that you did not die alone. John, I truly hope that someone held your hand with comfort and tenderness to the very end, that you were not afraid, that you were not in pain. Foolish, weak-hearted, stupid woman that I am, I hope you passed on peacefully.

But enough about all of that. Let us talk about the deterioration of your presidency. Nobody knew you quite like we did, John. We, your fellow Tanzanians. Your neighbors in northern Dar es Salaam; the families of the people jailed or disappeared under your watch; the businesses that were extorted; the paternal aunts you promised to beat because the cashew crop had to be done your way or no way at all; the women you insulted innumerable times with inappropriate comments; the girls who got thrown out of school for getting pregnant. We all saw you, John. You looked down upon us, which gave us a unique perspective as we looked upwards into your deceitfully handsome face.

You were a complex and complicated man. The chiaroscuro of your character was breathtaking. You so loved your Lord that you even fundraised to help build a mosque in Chamwino so that Muslims might have a beautiful place of worship. You brought guns and sniffer dogs into St Peter into the Holy of Holies, desecrating our church even as you came to receive holy communion at Sunday Mass.

You were the bulldozer, the rock, the man amongst men who would provide for this nation. You enjoyed publicly humiliating civil servants as you fired them on the spot at will. You wanted Tanzanians to work hard and build a productive economy while you taxed everything to death and built your personal Gbadolite in Chato, including an airport for a defunct national airline that we cannot afford and that your beloved wanyonge will never fly.

You had big international dreams, yet never addressed the UN General Assembly. Or the African Union. For six decades, Tanzanian presidents have taken on a hallowed and historied pan-Africanist mantle and Tanzania has won a reputation of conducting diplomacy and international relations par excellence. You were not confident enough to occupy this position, yet still compared yourself to Mwalimu?

The shield and spear that you hoisted triumphantly during your inauguration, after your sacred oath of office? They are the tools of protection and defence of your people. How does a man turn them against his own family? Womanish, you called those who advocated for peace, diversity and negotiation. Indeed. We let the ones who worship toxic masculinity praise you, John. But I want you to know: we never forget, we never slept. Every misogynistic, conflicted, insecure moment you had, we knew.

It doesn’t matter any longer, so let me wind down now, having vented my grief and anger. In an effort to get help on how to handle your legacy, I turned to Fatma Karume. You remember her? Vocal critic, thorn in your side, honorary Shangazi? She was crying as she spoke of you. We shared our sadness at the loss of what you could have become. You were a human, John, a Tanzanian, one of us. We never gave up hope. Now death has robbed all of us of your potential, the man and leader you might have become if prayers had been answered. Even rocks erode. Water, being soft, can cut mountains down to size.

Shangazi, a weak, sentimental, foolish woman, instructed me to choose the light. We soothed each other and agreed to forgive you, however long it takes. And there is nothing you can do about it now, John. We forgive you.

The Use of Metaphors in Representing Sexuality ...